With the second Living Roots Music Festival now in the books, it seems like a good time to reflect on the weekend that just passed. Instead of breaking down all of the acts and what they brought to the table, I feel as if it might be better to discuss what I took away from this fabulous celebration of music. 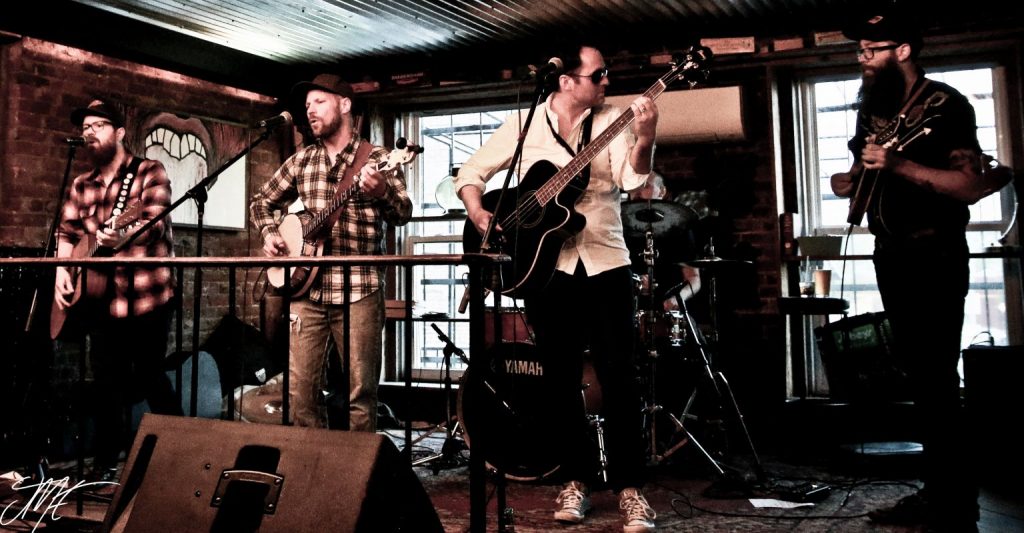 1 – The Lineup Was Fantastic

This year’s festival was loaded with so much talent, it was difficult to choose which route to go down. Playing within the rock, folk and rockabilly genres, this year’s lineup was well thought out and organized. What was great to see was that most of the acts that graced each of the ten stages were local to the East Coast. To do a piece highlighting each act would just take too long. Instead let’s give a quick shout out to my five favourite acts from the weekend (you know you love it when you get to see a list within a list).

2 – There Was An Emphasis Placed On The Songwriter

Now that this festival has two solid years under its belt, its safe to say that organizer/promoter Eddie Young appears to be a huge fan of the songwriter. Patrick Reynolds, Kendra Gale, Jon Soderman, Colin Fowlie, and Mike Filipowitsch were just a few of the artists who found themselves gracing the stages during The Living Roots festival. For those of you who are unaware of these acts, the one commonality which they all share is the gift of words. Being able to step away from the rock scene for a more intimate acoustic setting was a great option to have throughout the run of each day.

3 – The Venues Worked Well (for the most part)

In its first year, The Living Roots Festival was simply an idea that music fanatic Eddie Young had.  t was like having all of the ingredients required to build your very own pizza but only if that pizza was personal-sized. This year Eddie was looking for a pizza that could feed an entire family, and with that the second year of the festival became a little larger, which in turn required more optimal locations for each performance. I would like to point out that my beef with the main venues is the lack of lighting on stage.  You could call this first world photography problems, but no one wants a slew of black and white photos.

The Grimross Brewery has great sight lines, lots of seating and a good space for those who wish to dance, but at the same time it is a brewery and was missing proper lighting (this is strictly from a photography point of view). I was surprised by how well the acts sounded in there, but again, capturing the bands was a challenge. This was almost set up as the primary location for the headliners and I can only imagine that Eddie has big plans for it moving forward. It’s not difficult to see the potential with this space.

For all that I heard about The Capital Bar, I was surprised at how small and compact the venue actually was. I would have to guess that the capacity had to be somewhere between 100 and 150 max. Now I will admit that the sound was exceptional but again, because of the size of the venue, there was no room for proper lighting.  The same could be said for The Wilser’s Room, which is located a level above The Capital. But again, it is a music festival and the sound was top notch.

Are these valid complaints?  I would say yes.  Do they have any bearing on the past or future of this festival?  I would say no.  We can’t expect a brewery to have perfect lighting for a live performance, and if The Capital Complex is unable to properly light its stages due to size constraints then there is nothing we can do.  Live music is primarily about the sound and each venue that I attended sounded great. I’m just being picky and would have loved to see some better lighting.

4 – The Festival Ran On Time

Anyone who has ever attended a festival will attest that by the time midday rolls around on the first day, you’re sure to be at least 20 minutes behind schedule. In some cases, by the time the closing act takes to the stage you can find yourself a good 40 to 60 minutes behind. Eddie Young and all of those volunteers who helped make this festival happen did a brilliant job of ensuring that each act took to the stage as advertised.  This seems like a very small detail but when you’re venue-hopping it was nice to know that you could arrive on time and not have to twiddle your thumbs waiting for the act to hit the stage.

The province of New Brunswick is rife with music festivals, and The Living Roots Music Festival is a perfect way to kick off the season. I had many opportunities to sit and chat with organizer Eddie Young about the future of this delightful event and will admit that I’m very excited at some of the ideas he has brewing for next year.  Of course, we can’t spoil those in this piece, so you’ll just have to continue to follow along for all of the updates.  Throughout the year Eddie will utilize the Grimross Brewery as a venue and will update the Facebook page regularly.  Alternatively you can also head on over to the Roots and Soul website  to stay up-to-date with all of the upcoming events. 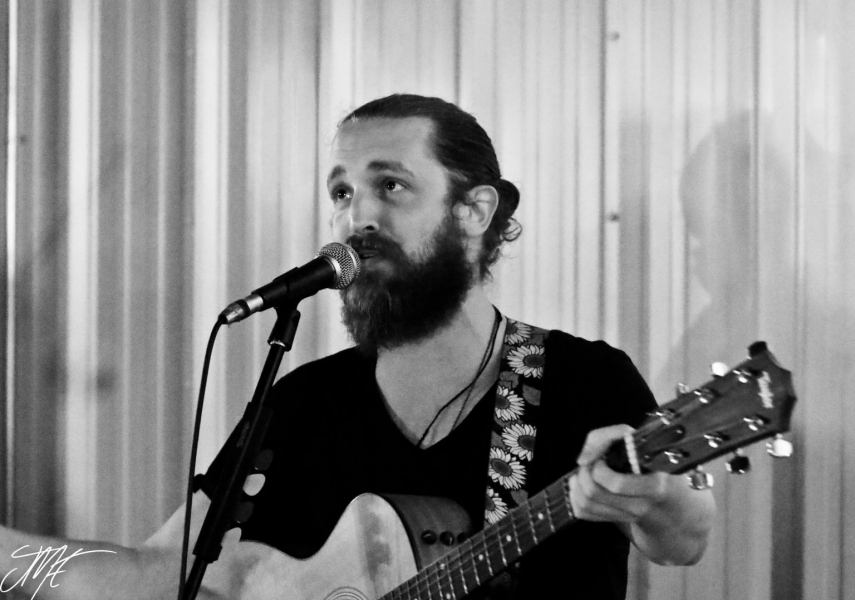 Rowan Swain from The Barrowdowns 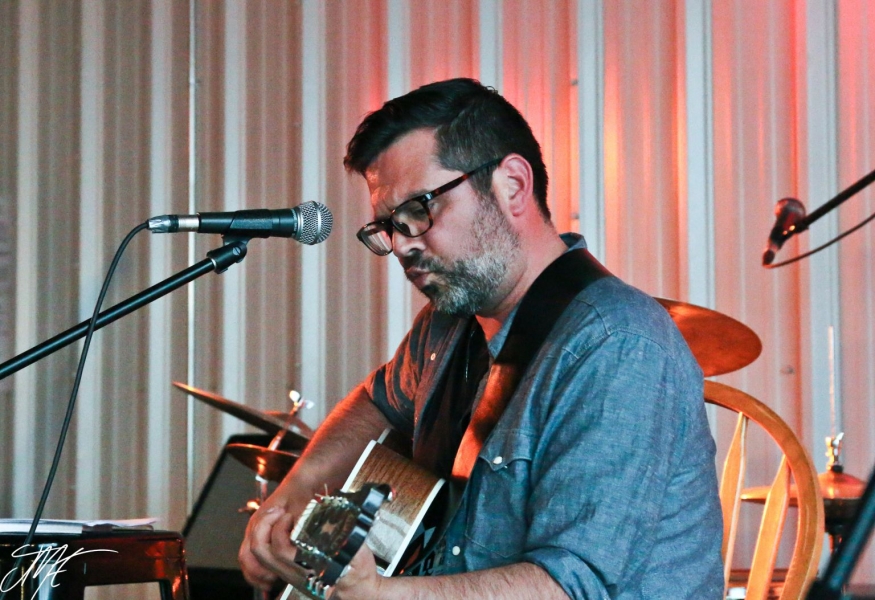 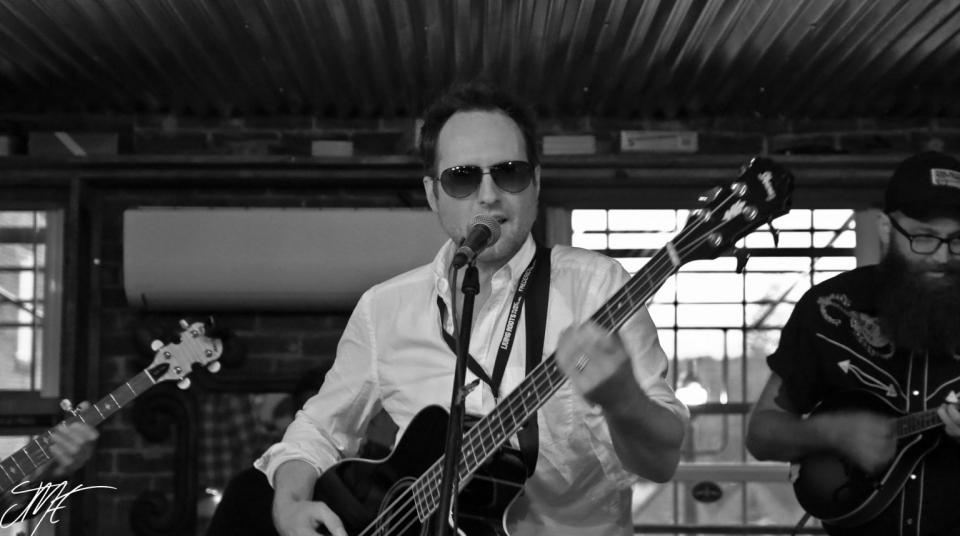 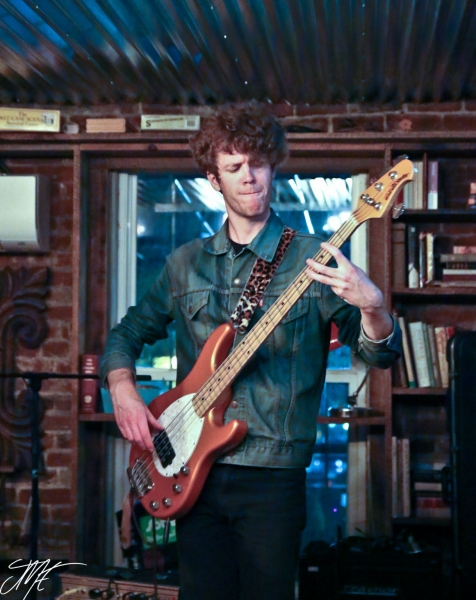 Wayne Garette of The Rumble 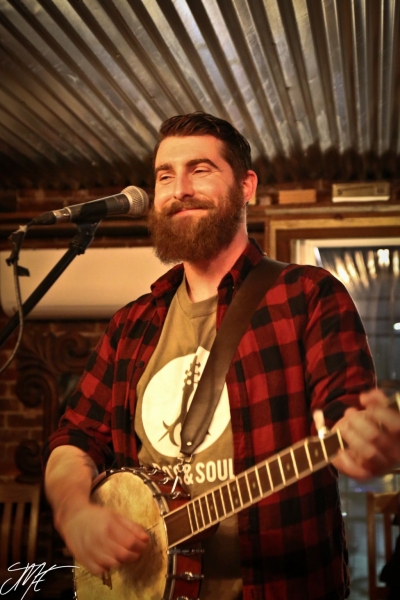 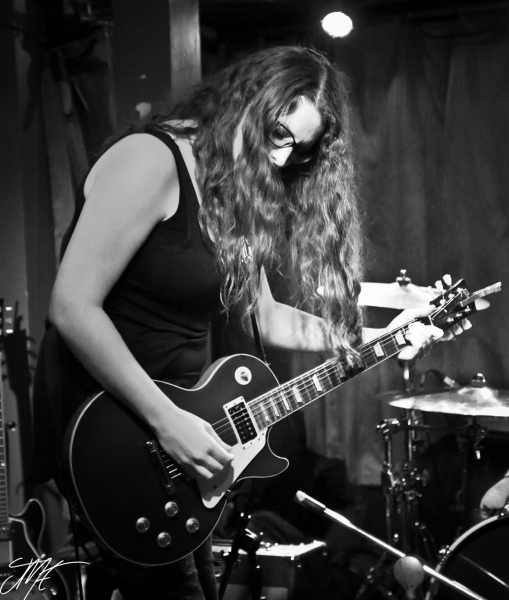 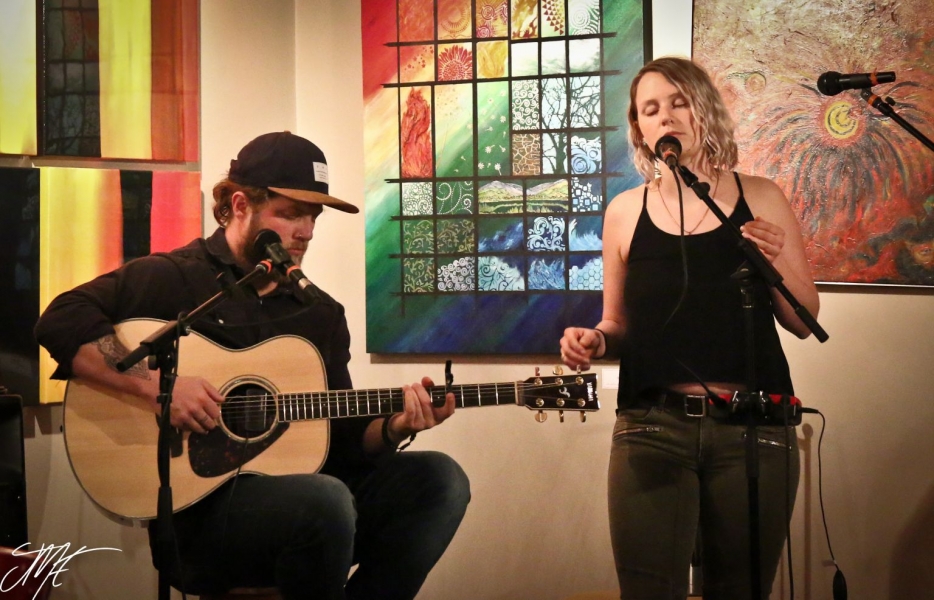 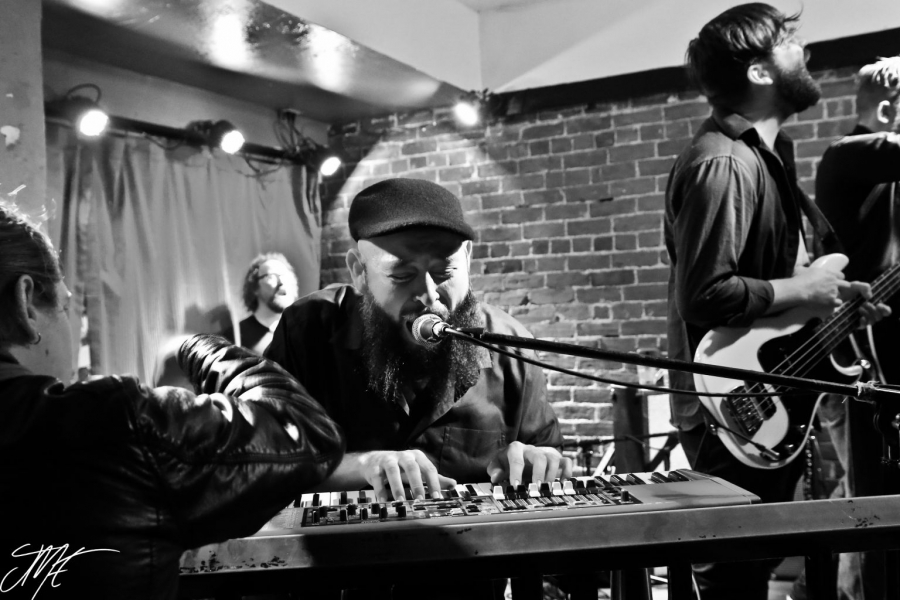 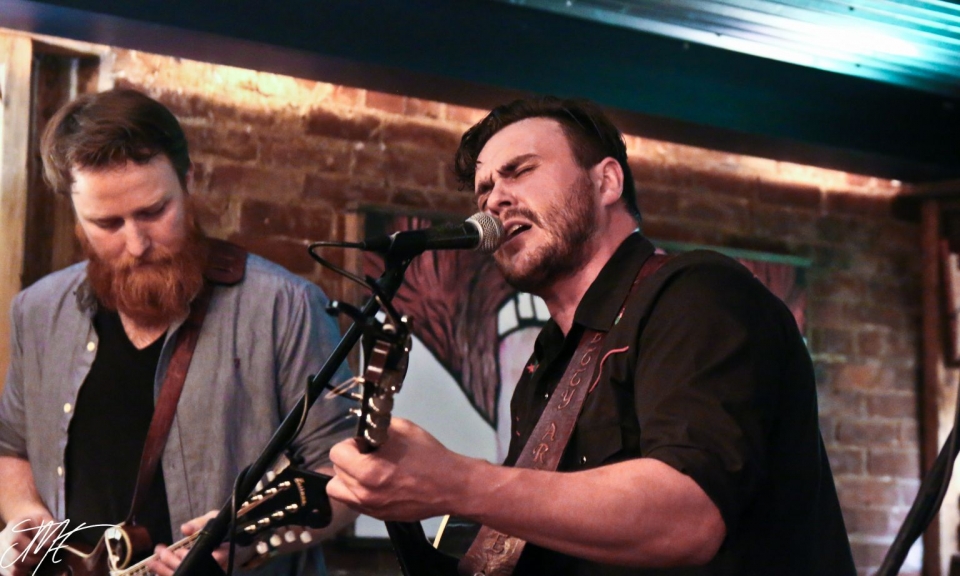 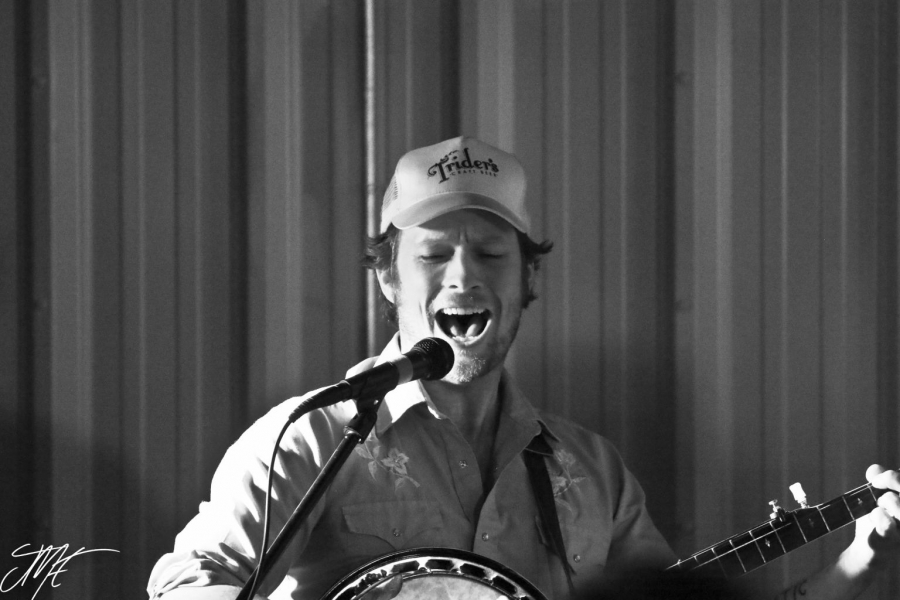 Dave Fultz of The Barrowdowns 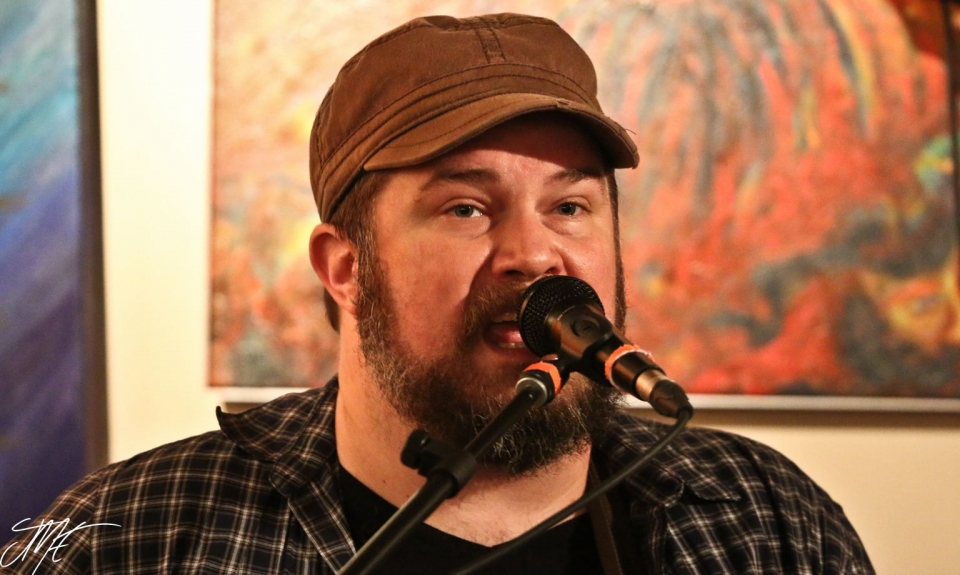 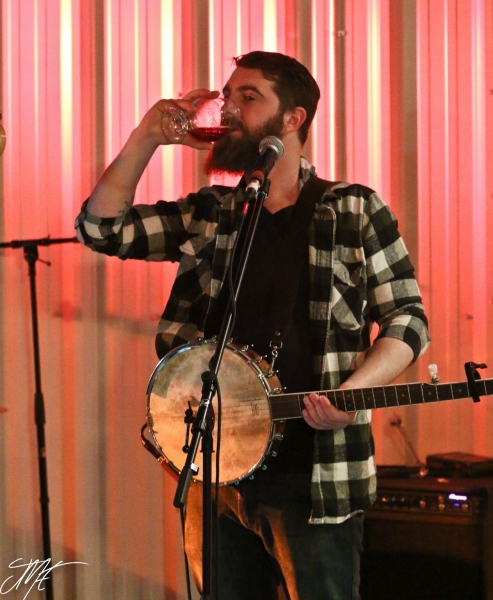 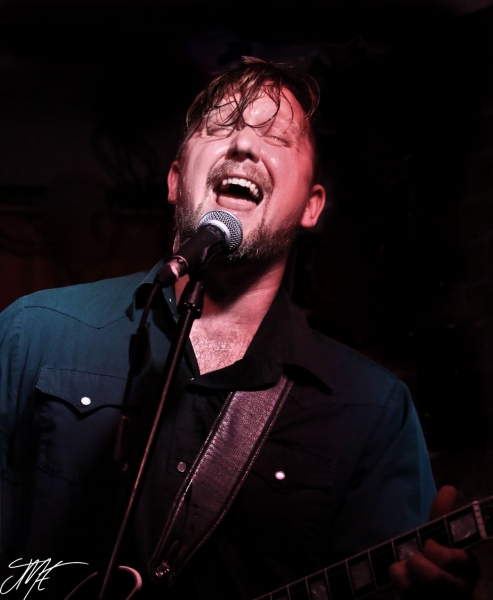