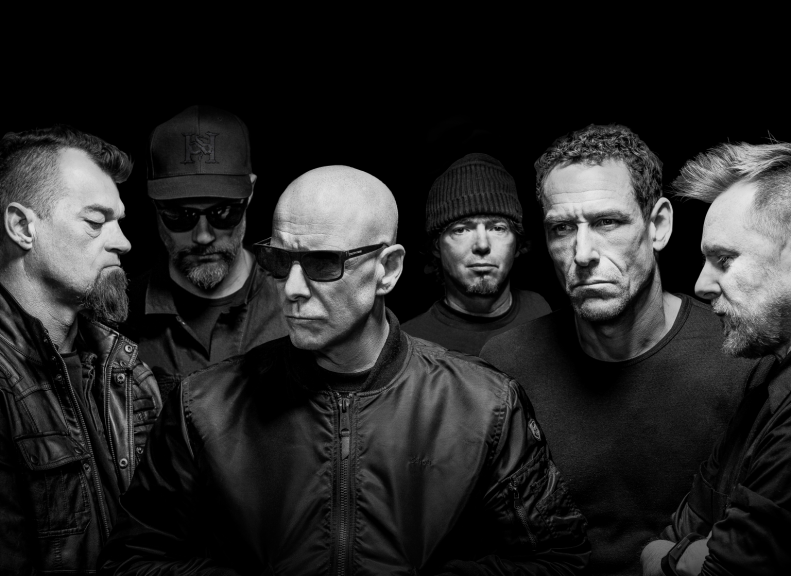 Over the past few weeks Sonic Concerts has rolled out some massive concert announcements, from Legendary Brian Wilson, to Guitar Virtuoso Jesse Cook, most recently ’90s hard-rockers The Headstones, and they even had something for the folks who were afraid of mice in Adam Baldwin‘s headlining gig on Canada Day.  Here are the listings that have rolled out recently, have a look and snag some tickets for one or all of these great shows. 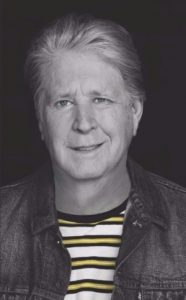 (Halifax, NS) – With one of the most in-demand concert outings the last year, music legend Brian Wilson is once again extending the final performance run of his critically-acclaimed Pet Sounds 50TH Anniversary World Tour, celebrating the iconic Pet Sounds album for a final time. He will perform with special guests Al Jardine and Blondie Chaplin at the Scotiabank Centre in Halifax on Saturday, Sept. 16.

Tickets range from $99 to $144.50 (including tax and service fee) and are available now at the Ticket Atlantic box office, all participating Atlantic Superstores, by phone at (902) 451-1221 and online at ticketatlantic.com and sonicconcerts.com. Additional fees may apply. Doors open at 7 p.m.

“We are blown away by the reception of this tour, it’s unbelievable how many people love this album,” says Wilson. “The audiences have been so fantastic and we are honored to play for them. We never expected this reaction so we will continue to perform this album for people as long as they ask us to!”

“This tour is really unprecedented, I can’t think of an album that garners so much respect that fans all over the world a year later are still asking for more shows,” says APA’s Bruce Solar. “The interest hasn’t slowed down and Brian during this time in his life is finding so much joy in these performances. It’s really inspiring.”

Last year alone found Wilson and his band, joined by former bandmates Al Jardine and Blondie Chaplin, performing 99 shows to captivated audiences in sold-out venues all over the world. Garnering critical acclaim and marking a true return to form, Wilson continues to deliver a live performance of Pet Sounds in its entirety, as well as top hits and fan favorites spanning his 54-year career with The Beach Boys and as a solo artist. Universally hailed as a writer of one of the greatest American songbooks, Pet Sounds has reigned atop countless critic and fan polls, and has maintained its timeless rank as one of popular music’s most-cited influences.

In 1965, with The Beach Boys out on tour, Wilson began session work on some of the most deeply personal recordings of his career. Inspired by The Beatles Rubber Soul, he challenged himself to create an immaculate musical masterpiece. A vast departure from the then band’s commercial sound, the resulting Pet Sounds “concept album” achieved great critical success helping usher in a new musical landscape.

Wilson began his career as a teenaged founding member of The Beach Boys, who signed with Capitol Records in July 1962 and released their first album, Surfin’ Safari, that same year. The band’s initial surf-rock focus was soon broadened to include other themes. Wilson’s innovative vocal and instrumental arrangements for major hits including “I Get Around,” “California Girls,” “Wouldn’t It Be Nice,” “God Only Knows,” and the No. 1 smash “Good Vibrations” established The Beach Boys as America’s preeminent band of the 1960s.

Wilson has also achieved great success as a solo artist with 11 of his own albums released to-date, including his acclaimed 2004 completion of an album he first began recording in the ‘60s, Brian Wilson Presents… SMiLE. The album earned Wilson his first GRAMMY® for a recording, which was followed by his second GRAMMY® win for producing The Beach Boys’ acclaimed 2011 release, The SMiLE Sessions. With his own band, Wilson has performed major, sold-out tours in recent years, and with The Beach Boys he celebrated the iconic band’s 50th anniversary in 2012 with a major international tour and acclaimed studio album, That’s Why God Made The Radio.

In 2015, Wilson released his latest solo album No Pier Pressure (Capitol) and was the subject of the critically-acclaimed, award-winning biopic Love & Mercy (Roadside Attractions/Lionsgate). Directed by Bill Pohlad and starring John Cusack, Paul Dano, Elizabeth Banks and Paul Giamatti, Love & Mercy presents an unconventional portrait of the music legend. Set against the era-defining catalog of the music, the film intimately examines the personal voyage and ultimate salvation of the iconic performer whose success came at an extraordinary personal cost. The culmination of these projects produced Wilson’s first Golden Globe nomination for Best Original Song (Motion Picture) for “One Kind Of Love”, which was featured in the film. 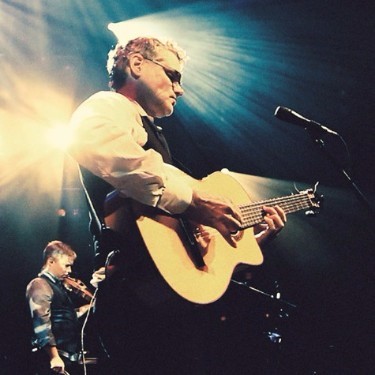 (Halifax, NS) – JUNO Award winning guitarist, composer and producer, Jesse Cook, brings his Beyond Borders Tour – in support of his upcoming album of the same – to the Rebecca Cohn Auditorium in Halifax on Friday, Nov. 24.

An internationally-acclaimed guitar virtuoso, Cook is an 11-time JUNO Award nominee and his album Free Fall won the 2001 JUNO Award for Instrumental Album of the Year. Cook is a three-time recipient of the Canadian Smooth Jazz Award for Guitarist of the Year and he studied at York University’s Royal Conservatory of Music and Berklee College of Music. His music has been featured in multiple Olympic games and “Sex and the City” and he has performed with the likes of B.B. King, Ray Charles and The Chieftains.

Due out in August, Beyond Borders is Cook’s tenth studio album and the follow up to 2015’s One World. Prior to his concerts in the Maritimes, he will tour the U.S., perform at multiple summer festivals and make his way across Canada with his new album in hand.

Other Maritime dates include Thursday, Nov. 23 at The Playhouse in Fredericton and Saturday, Nov. 25 at the Capitol Theatre in Moncton. For information, visit: sonicconcerts.com

HEADSTONES AT THE MARQUEE BALLROOM IN HALIFAX, JULY 29 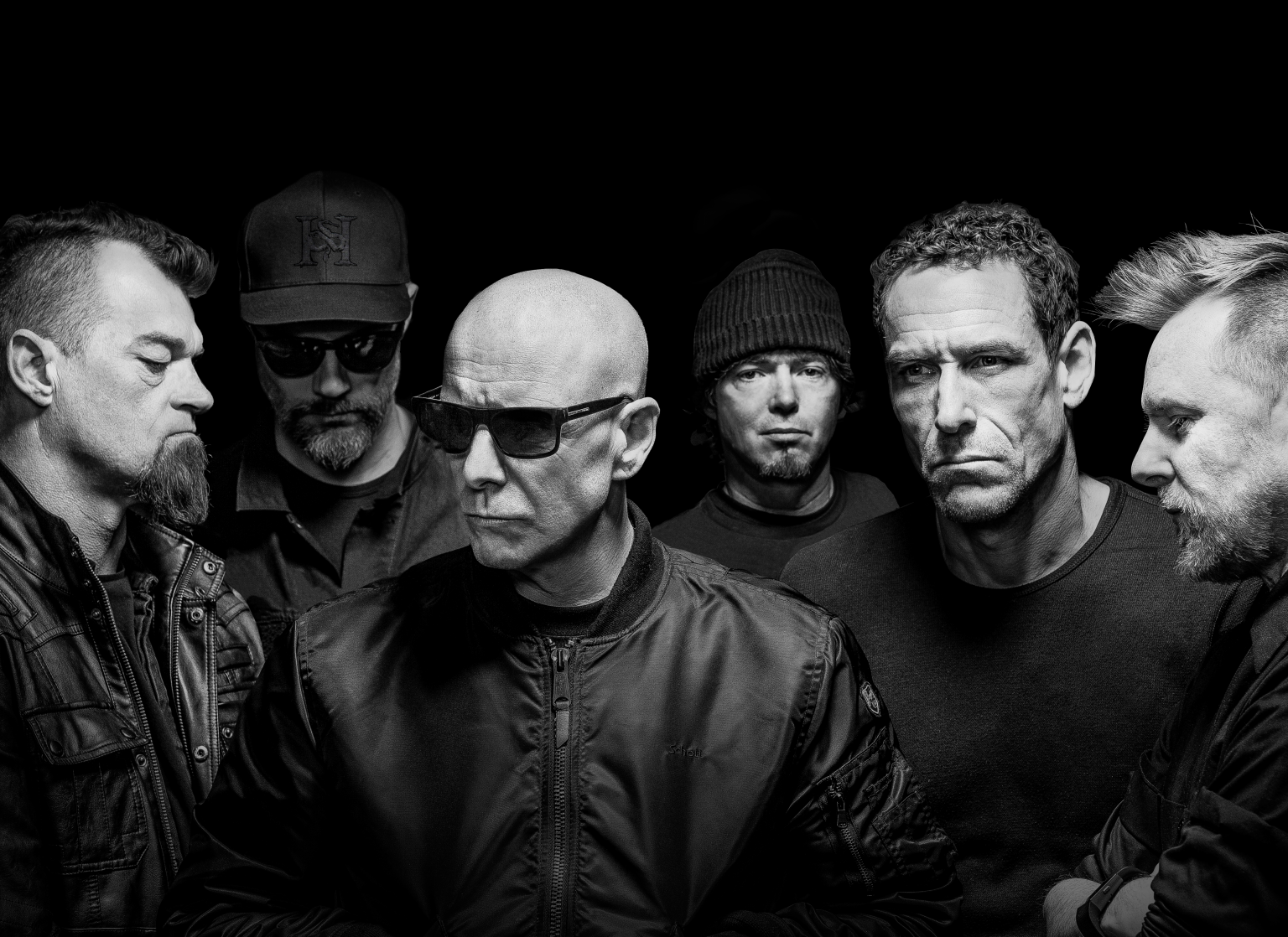 (Halifax, NS) – Canadian punk-rock band, Headstones, returns to Halifax this summer to perform in support of their upcoming album, Little Army, due out June 2, at the Marquee Ballroom on Saturday, July 29.

Tickets are $32.99 in advance and $37.99 day of show (including tax and service fee) and will be available at the etixnow kiosks in the Halifax Forum (2901 Windsor St) and Music Nova Scotia (2169 Gottingen St) and online at soniccconcerts.com.

Formed in Kingston, Ontario in 1987, Headstones began their early music career performing to anyone who would listen. Inspired by Iggy Pop and Henry Rollins, Hugh Dillon led members Trent Carr and Tim White into becoming a band synonymous with the real Canadian road-worn punk, touring their anti-social behaviour across the country to rough and restless fans.

They signed to MCA Records (now Universal Music Group) in 1993 and quickly released Picture of Health, earning them platinum status on the Canadian charts. Their second release, Teeth and Tissue, reached gold in 1995.

The band solidified itself as a commercial force in the music industry, dominating the charts and airwaves with hits off 1996’s gold-selling album Smile and Wave. They received JUNO Award nominations for Group and Rock Album of the Year. Following their success, Headstones put out two more records, Nickels For Your Nightmares in 2000 and The Oracle of Hi-Fi in 2002. The band officially broke up one year later in 2003, still ranked as one of the most commercially successful Canadian rock bands.

In 2011, Headstones officially reunited for fans at Toronto’s Sound Academy. Storming the stage, Headstones seamlessly picked up from where they left off 10 years ago. They entered the studio and recorded the track, “binthiswayforyears,” releasing it for free via their website.

In October 2012, they began crowd-funding through PledgeMusic in the way of grass-roots self-promotion, as a way to directly engage their fans. Within a day, they had reached 100% of their goal; as of the album release, they had reached 295%. With this overwhelming response from fans, they too committed themselves to creating an authentic record true to their punk-rock roots.

The band wrote a collection of hard-hitting new songs during their time in the studio, including #1 single “longwaytoneverland.” Headstones released Love + Fury worldwide, earning them a top 10 album for the first time in their career and a 2014 JUNO Award nomination for Rock Album of the Year.

In 2015, Headstones looked back at their history and reimagined some of their biggest hits with the release of One In The Chamber Music – their first vinyl release, featuring two brand new tracks.

Currently joining Dillon, Carr and White onstage and in the studio, are Steve Carr, Rick van Dyk and Lyle Molzan. The band returned to the studio earlier this year to begin recording their new full-length album, Little Army. The album, featuring the first single, “Devil’s On Fire“, is a testament to the band’s connection with their followers, as they live streamed the recording process and walked their fans through the making of the album.

During his self-imposed hiatus, Dillon devoted his time and energy to his acting career. He had already appeared in several films in his early punk rock days, including the cult hit Hard Core Logo, as well as, Dance Me Outside and Trailer Park Boys: The Movie.  It was his role in Debra Granik’s Down to the Bone during its debut at Sundance Festival in 2004 that lead him to his most globally successful roles to date as Mike Sweeney on the television series Durham County, and as Ed Lane, lead sniper for five seasons on CTV/CBS/ION’s Flashpoint. He remains in the forefront of success stories with his role in AMC’s The Killing, guesting on David Lynch’s series Twin Peaks, a coveted role in feature film Wind River with Elizabeth Olsen and Jeremy Renner, and opposite Nicolas Cage in The Humanity Bureau. He also starred in CBC’s war drama X Company, which recently aired its third season. 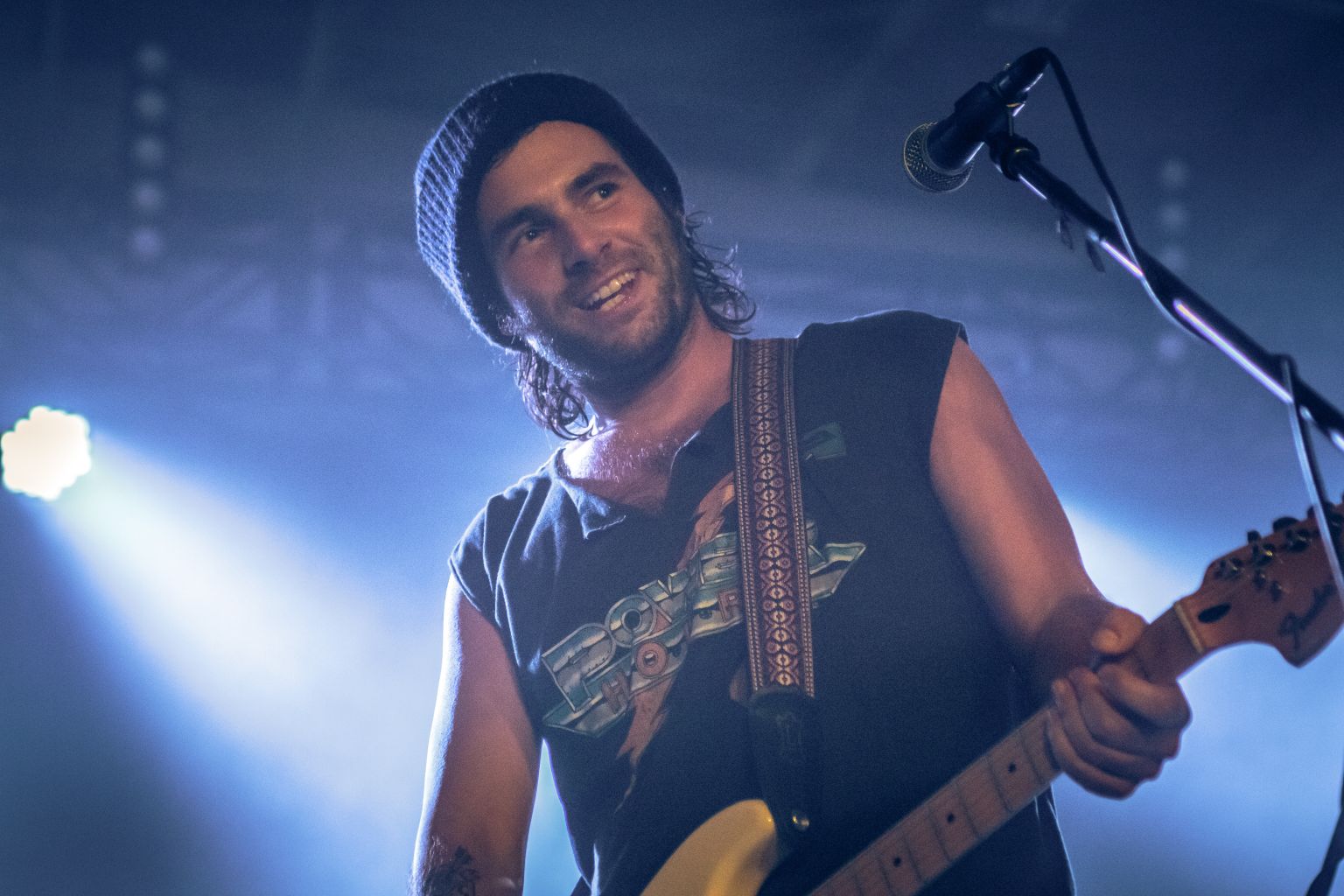 (Halifax, NS) – After performing with Matt Mays on the Common as part of the Canada 150 celebration, Adam Baldwin will head to the Marquee Ballroom in Halifax for a headline show on Saturday, July 1 at 10 p.m. This is Baldwin’s only planned full band show in Halifax this summer.

Based in Dartmouth, Baldwin released his debut full-length, No Telling When (Precisely Nineteen Eighty-Five) in June 2016. The album took home the 2016 Music Nova Scotia Award for Rock Recording of the Year and was nominated for multiple 2017 East Coast Music Awards. Produced by Liam O’Neil (The Stills, Metric), the album features Josh Trager (Sam Roberts Band), Brian Murphy (Alvvays) and Leah Fay (July Talk). Among the album’s nine tracks are the two singles “Daylight” and “Rehteah,” as well as, “Love On The Rocks.”

“… sweat pouring off his forehead, a snarl curling through his upper lip — it’s impossible to mistake just how much Baldwin deeply means these songs.” – Exclaim!

Tickets are $22.99 in advance and $27.99 day of show (including tax and service fee) and are available now at the etixnow kiosks in the Halifax Forum (2901 Windsor St) and Music Nova Scotia (2169 Gottingen St) and online at sonicconcerts.com. Additional fees may apply. Doors open at 9 p.m. Show time is 10 p.m. This show is restricted to ages 19+ with valid ID.