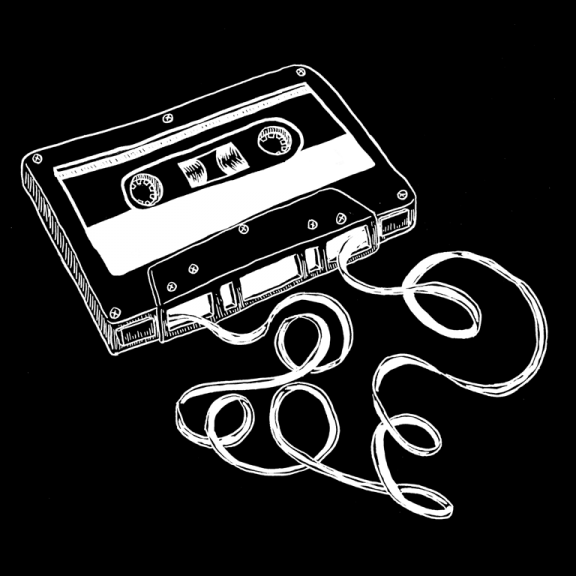 When it comes to live shows, there are two types of people, those who get there early for the opening act, and those who stroll in as the headliners hit the stage. I am squarely in that first category, and in some cases I’ve been witness to some acts who will quickly fade into obscurity moments after leaving the venue, but I have also been privy to acts who have shone so brightly in their opening slot, that they cast a long and dark shadow over the headlining set. I had this experience twice this past weekend, where on both Friday night and Saturday night, the opening act absolutely dominated the stage (Eamon McGrath and Palaye Royale, respectively). I thought why not showcase some of these opening acts (some of whom have grown into headlining acts themselves).

When Eamon was announced as the opening act for July Talk’s latest Halifax visit, I had every intention of doing a deep dive and researching Mr. McGrath’s background and ties to July Talk. It wasn’t until the night of the show that I cued up McGrath on Spotify and pressed play. I was not expecting a singer songwriter that bore similarities to Matt Mays and Northcote, and after three songs I was pumped to see how his sound translated to the stage. I was not prepared for the thrashing that McGrath laid upon the Haligoons in attendance, it was a fury that was comprised of this folky punk rock style that was riveting. I was pumped going in, and ecstatic exiting the venue.  When the dust settled, Eamon easily walked away having stolen top billing.

Palaye Royale were a somewhat late addition to the Good Charlotte show in Halifax, and when they hit the stage to prep for their performance, you knew there was something different about this indie glam rock outfit. The band was hyper-stylized, as if they were straight out of an English Mod garage (think emo Buckcherry, or MCR meets Panic at the Disco). When the lights came up, a switch was flipped and Palaye Royale took the room by storm with an immediate and visceral performance that floored the room. This Vegas-based band managed to channel the mojo of ’60s rock n’ debauchery and channeled it through the early-2000s emo scene; they’re equal parts retro and future-facing.  This is a band that is needed badly in an era of highly disposable acts, as they carry an “It” factor that many are lacking.  After their set in Halifax, there was no way another band would be able to exceed the bar that was set.

Back in 2001, the unimaginable happened and Our Lady Peace, who had toured Canada a few times up and to that point, were paired with an opening act that couldn’t help but steal the spotlight.  South of the border, Everclear were hot on the heels of the release of their Songs From an American Movie albums and were a marquee name. When the tour landed at the then Halifax Metro Centre, Everclear mopped the stage with Our Lady Peace and put together a scintillating set that would long be remembered (the same can’t be said for Our Lady Peace).

I’m not sure what sort of crystal ball that the folks over at Sonic Concerts have, but on the inaugural Summer Sonic, the promoter landed The Black Keys prior to their dominance of our collective consciousness, and to follow that up, they brought Father John Misty to town (and he actually kicked off the festival in the opening slot), just as his solo debut Fear Fun broke and the man otherwise known as J. Tillman started his quest for world domination. Sure, the headliners Stars were fun, but the FJM set was such an unusual and indelible spectacle, that it is a show that is still talked about to this day.

C’mon , I love the Arkells and all, but there aren’t many acts that would have been able to follow this potent set from the relatively new act out of Kingston, ON known as The Glorious Sons. I walked out of the Alderney Landing venue not feeling 100% satisfied by the truncated Arkells set, and I couldn’t put my finger on it until later, when I recalled the set that the Emmons brothers and their cohorts put on. It resonated so completely within me, from their sound which is a little bit Blind Melon, a little bit Black Crowes with a heaping helping of retro-rock thrown in for good measure. This set solidified my love of the band.

The Gay Nineties – “Hold Your Fire”

Back in October of 2014, Halifax Pop Explosion put on a free show in the afternoon which was headlined by Canadian super-group The Mounties, and playing on that bill was a band riding high on the single “Letterman”, known as the Gay Nineties. Going into this show, I knew very little about the band, other than the fact that they hailed from Vancouver and had an interesting sound. It wasn’t until they hit the stage that you really got to see Parker Bossley step into the spotlight and take the reins. What we heard was this fantastic tapestry of Glam-retro pop-rock that was immediately energetic and infectious. Again it’s one of those opening sets that easily out-shone the headliners (who on this night were good – but not as good as the openers).