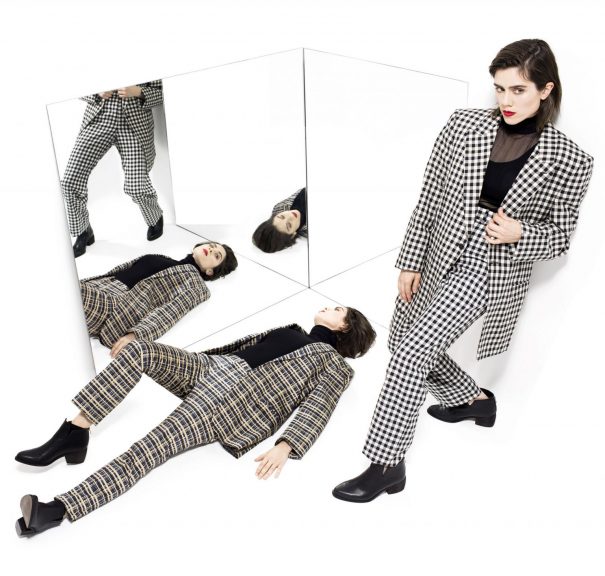 TEGAN AND SARA AT THE REBECCA COHN IN HALIFAX, JULY 27
ON SALE NOW 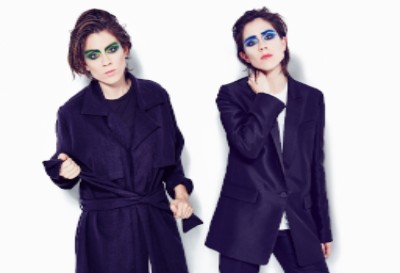 (Halifax, NS) – Critically-acclaimed, indie-pop duo, Tegan and Sara, return to Halifax to perform in support of their latest release, Love You To Death, at the Rebecca Cohn Auditorium on Thursday, July 27 at 8 p.m.

Their 8th studio album, Love You To Death, is the latest sonic chapter in Tegan and Sara’s celebrated 18-year career. Produced by Greg Kurstin (Adele, Sia, Beck, Ellie Goulding), the album delivers 10 new Tegan and Sara tracks more vibrant and visionary than ever, including the lead single “Boyfriend”. Tegan and Sara are nominated for three 2017 JUNO Awards, including Songwriter of the Year, and have now released a video for each song on the album. Watch: “Dying To Know”.

“This is a sharp, concise, focused pop album. There’s no bloat, which makes it a rare beast today.” – Stereogum

“The choruses soar, the hooks reel you in, and it feels appealingly like the work of people who know exactly what they want to achieve and how to go about it.” – The Guardian

“All over their eighth album, the Quins continue to demonstrate what makes them such fine songwriters.” – SPIN

Love You to Death is the follow up to Tegan and Sara’s pop breakthrough, Heartthrob. The album featured the singles “Closer”, which was certified gold in the U.S. and “I Was a Fool”. In addition to this, the band were featured on The LEGO Movie single “Everything is Awesome” with The Lonely Island, which was nominated for a 2015 Academy Award and they were invited to perform that song as part of the Oscar telecast. 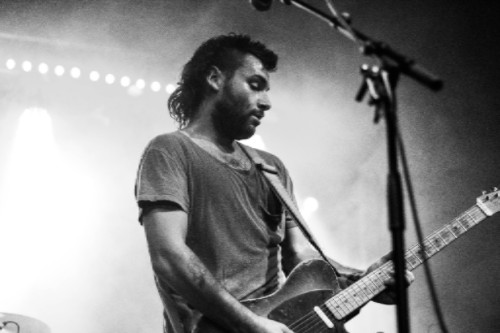 (Halifax, NS) – Music Nova Scotia Award winner Adam Baldwin will perform songs from his debut full-length album, No Telling When (Precisely Nineteen Eighty-Five), at the Marquee Ballroom in Halifax on Thursday, April 13 at 9 p.m. Special guest is Like A Motorcycle.

Released last June, No Telling When took home the 2016 Music Nova Scotia Award for Rock Recording of the Year. Produced by Liam O’Neil (The Stills, Metric), the album features Josh Trager (Sam Roberts Band), Brian Murphy (Alvvays) and Leah Fay (July Talk). Among the album’s nine tracks are the singles “Daylight” and the recently released “Rehteah,” recalling the systematic failures that led to the death of Rehteah Parsons in 2013.

“… sweat pouring off his forehead, a snarl curling through his upper lip — it’s impossible to mistake just how much Baldwin deeply means these songs.” – Exclaim!

Baldwin and his band sold out his album release show at The Seahorse Tavern in Halifax and went on to tour with the likes of July Talk and Sam Roberts Band.

Tickets are $19.99 in advance and $24.99 day of show (including tax and service fee) and are available now at the etixnow kiosks in the Halifax Forum (2901 Windsor St) and Music Nova Scotia (2169 Gottingen St) and online at sonicconcerts.com. Additional fees may apply. Doors open at 8 p.m. Show time is 9 p.m. This show is restricted to ages 19+ with valid ID.

NEW LP LADIES AND GENTLEMEN: BARENAKED LADIES AND THE PERSUASIONS OUT APR. 14 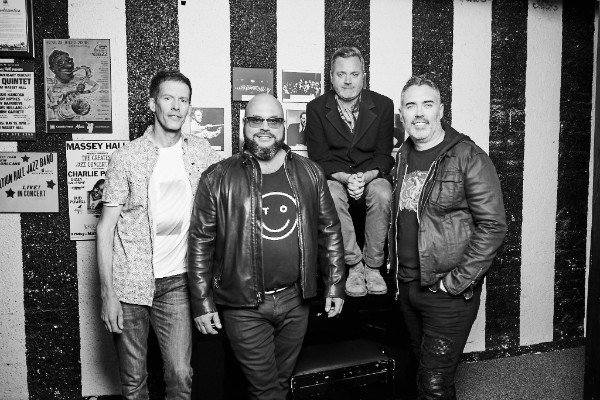 (Halifax, NS) – Barenaked Ladies have announced an extensive Canada 1 Five 0 Fall tour that will take the band coast-to-coast, including a performance at the Rebecca Cohn Auditorium in Halifax on Wednesday, Oct. 18 at 8 p.m.

BNL’s new LP, Ladies And Gentlemen: Barenaked Ladies And The Persuasions is available to pre-order as of today.  Pre-order and stream four of the new tracks, “The Old Apartment,” “Odds Are,” “Keepin’ It Real,” and “Don’t Shuffle Me Back” HERE.  Album and bundles featuring exclusive merchandise of Barenaked Ladies and The Persuasions will also be available worldwide through PledgeMusic. The subscription video streaming app Sessions X filmed the entire session and will feature full-length performances, interviews, and behind the scenes moments. Sessions X will launch their BNL content on Wednesday, March 22.

Currently, Barenaked Ladies are putting the finishing touches on their 16th studio album, Fake Nudes, expected to be released later this Fall. More information will be announced in the coming weeks.

BNL have been together for nearly three decades, produced 15 studio albums which have collectively sold more than 14 million copies, won eight JUNO Awards, earned multiple GRAMMY nominations, a U.S. chart-topping single (“One Week”) and the theme song to one of TV’s most popular shows, The Big Bang Theory.

BNL has partnered with Plus1 to collect $1 from every ticket that will go to support MusiCounts – putting musical instruments into the hands of kids who need them most.

PRESENTS
MARTIN SEXTON AT ST. MATTHEW’S CHURCH IN HALIFAX, MAY 5 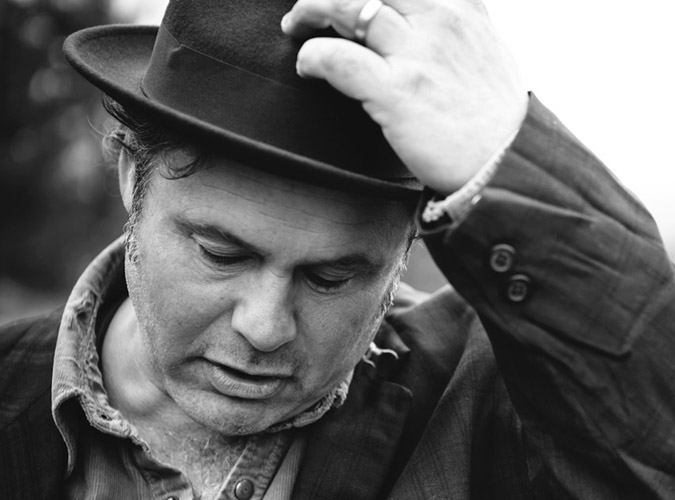 (Halifax, NS) – American singer-songwriter, Martin Sexton, extends his tour in support of his ninth studio release, Mixtape of the Open Road, and will perform at St. Matthew’s Church in Halifax on Friday, May 5 at 8 p.m.

Mixtape of the Open Road, is a musical cross-country trip, blazing through all territories of style, as you cruise through time and place. This record is a charm bracelet of twelve gems all strung together with the golden thread of what Rolling Stone calls a “soul marinated voice.”

“Outstanding taste in songwriting as well as a soul-marinated voice.” – Rolling Stone

A native of Syracuse, N.Y., and the tenth of 12 children, Sexton grew up in the ’80s and eventually migrated to Boston, where he began to build a following singing on the streets of Harvard Square. His 1992 collection of self-produced demo recordings, In the Journey, was recorded on an old 8-track in a friend’s attic and sold 20,000 copies out of his guitar case.

Happily and fiercely independent, Sexton launched his own label, KTR, in 2002. Since then he has infiltrated many musical worlds, performing at concerts ranging from pop (collaborating with John Mayer) to the Jam scene to classic rock (collaborating with Peter Frampton); from the Newport Folk Fest to Bonnaroo to New Orleans Jazz Fest to a performance at Carnegie Hall. His songs have appeared in television series such as “Scrubs,” “Parenthood,” and “Masters of Sex” as well as numerous films, though it’s his incendiary live show, honest lyrics, and vocal prowess that keep fans coming back for more.

Tickets are $34.99 in advance and $39.99 day of show (include tax and service charge) and are available now at the etixnow kiosks in the Halifax Forum and Music Nova Scotia and online at sonicconcerts.com. Additional fees may apply. Doors open at 7 p.m.

PRESENTS
JULY TALK AT THE MARQUEE BALLROOM IN HALIFAX, APRIL 21/22
ON SALE NOW 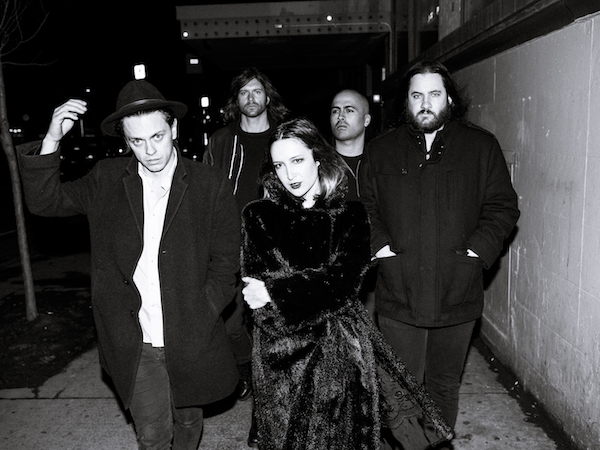 (Halifax, NS) – 2017 JUNO Award Winners July Talk are returning to Halifax for a performance at the Marquee Ballroom in support of their latest release, Touch, on Friday, April 21 and Saturday, April 22 at 9 p.m. Special guest is Eamon McGrath. Released last September, July Talk’s stunning second album, Touch, is up for Alternative Album of the Year at this year’s JUNO Awards. The album includes the singles “Beck + Call,” featuring Inuit throat singer Tanya Tagaq, and “Push + Pull,” which showcases the perfectly contrasting voices of co-vocalists Pete Dreimanis and Leah Fay and spent a month at number 1 on the Canadian Alternative Chart.

“July Talk come into their own with ‘Touch’ with intimidating confidence along with their authentic bluesy swagger… It is chock full of the band’s most expansive, vigorous material to date.” – Paste    “The album showcases the band’s multiple musical personalities while still delivering a singular vision. [It] pushes July Talk’s musical vision forward without sacrificing their core elements.” – Exclaim

July Talk are a JUNO Award winning, enthralling and unpredictable live band who have already sold out the 16,000 capacity Budweiser Stage with Arkells this summer.

Tickets are $32.99 in advance and $37.99 day of show (including tax and service fee) and will be available at the etixnow kiosks in Halifax Forum and Music Nova Scotia and online at sonicconcerts.com. Additional fees may apply. Doors open at 8 p.m. Show time is 9 p.m. This show is restricted to ages 19+ with valid ID.

The band will also perform in Charlottetown on April 19 and in Moncton on April 20. All information can be found at sonicconcerts.com. 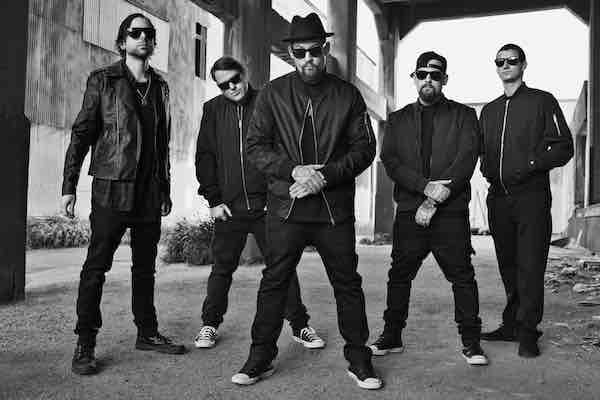 (Halifax, NS) – Multi-platinum selling band Good Charlotte are hitting the road this spring to headline a nine date Canadian tour, presented by Journeys. The tour, with special guests Silverstein, Waterparks and Movements, comes to the Schooner Showroom at Casino Nova Scotia in Halifax on Saturday, April 22.

Tickets are $53 in advance and $58 day of show (including tax and service fee) and will be available at Ticket Atlantic, Casino Nova Scotia, participating Atlantic Superstores, charge by phone at (902) 451-1221 and online at sonicconcerts.com. Additional fees may apply. Doors open at 6:30 p.m. Show time is 7:30 p.m.

This show is general admission, standing and restricted to ages 19+ with valid ID.

Formed in the mid-90s, Good Charlotte have five albums and two collaborations under their belt. The band was integral in establishing a global critical mass for the pop-punk genre. The group’s 2000 self-titled debut laid the foundation with the singles “Little Things” and “Festival Song”. Then in 2002, the breakthrough success of The Young and the Hopeless catapulted pop-punk into the stratosphere and set them on the path to worldwide superstardom. The group followed with multi-platinum albums, including The Chronicles of Life and Death (2004) and Good Morning Revival (2007).

Following their release Cardiology (2010), the group needed to take a breather. “We had grown up inside the band and it was all we knew,” Benji says. “We all needed to step away to find out who we were outside of it as well as do some growing personally.”

The drive resurfaced in 2014 and Benji and Joel credit the young Australian pop- punk group 5 Seconds Of Summer for re-igniting the Good Charlotte spark. Working with 5SOS reminded the brothers of how much fun they’d had with their own band–and in 2015, the timing felt right. In November 2015, Good Charlotte released a video for the song “Makeshift Love”, a classic anthem that unabashedly screams early 2000s. Now, after the release of their new album, Youth Authority, on MDDN in 2016, a run of U.K. shows in August and a U.S tour last fall, Good Charlotte are ecstatic to get back to their true purpose and continue sharing their music.