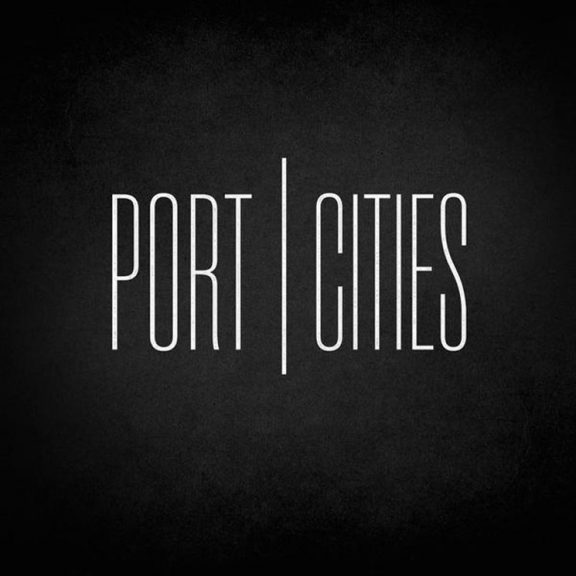 The long-awaited and highly anticipated debut album from Port Cities has come to fruition and has lived up to all of the expectations they’ve set for themselves. Their self-titled pop gem has the easy playability that can range from pre-parties, to those lonesome days where music is your only friend. Their palette of love from found, fumbled, and lost are all perfectly sewn into an album that flows seamlessly from track to track.

Breagh MacKinnon, Carleton Stone, and Dylan Gouthro perfectly meld harmonies and songwriting credits to create a supergroup of Cape Breton up-and-comers. With each individual in the group finding success in the past, they have a combined time in the industry equal to a seasoned vet. Their past summers at the “Gordie Sampson Songwriters Camp” have only fine-tuned their talents to show the world that, although still young, we’re all battle scarred enough to be able to show every emotion in our arsenal through song.

Their single “Back to the Bottom” opens the album and wastes no time in showing us that the band has had lots of experience in the world, and has found a way to immaculately harmonize their thoughts on it. The upbeat and fancy “Don’t Say You Love Me” and “In the Dark” follow suit with Carleton’s gruff rebel yell and Breagh’s sultry, angelic voice used respectively. By the mid-way point of the album we have the pleasure of experiencing “Sound of Your Voice,” a love song about being able to survive solely on the sound of the one-you-love’s voice.

A couple of personal favourites come later in the album. First, a song cowritten by Carleton Stone, Dana Beeler (Hello Delaware), and Mo Kenney called “Where Have You Been.” Their take on the absenteeism we’ve all experienced in relationships holds grit and gusto. A primitive rumbling on the toms of the drums, and lyrics that cut to the core tell a great story of a lover scorned. “Must have been that perfect play/With that shit grin on your face/Is this sinking in/Where have you been” Not all love is surrounded in honesty, and this is a tale of just that.

The song that closes the album, “Astronaut”, has the ability to make you feel small in this ever expanding universe, with the use of experimental, droning, vibrato-filled guitars and Breagh’s perfectly smoked vocals on top of trippy lyrics. As the song progresses through MacKinnon’s dreams of growing up to be an astronaut, to where she is now working a 9-5 “regular adult life”, she forces you to remember dreams you had as a child that you didn’t follow, or dreams that you allowed to get out of reach.

The album is a wonderfully produced example of an insatiable pop recording. It is clean, concise, and damn near perfect.

Check out Port Cities who will be on the road across Canada in the coming months. You can find the album in local record stores and wherever you stream music.