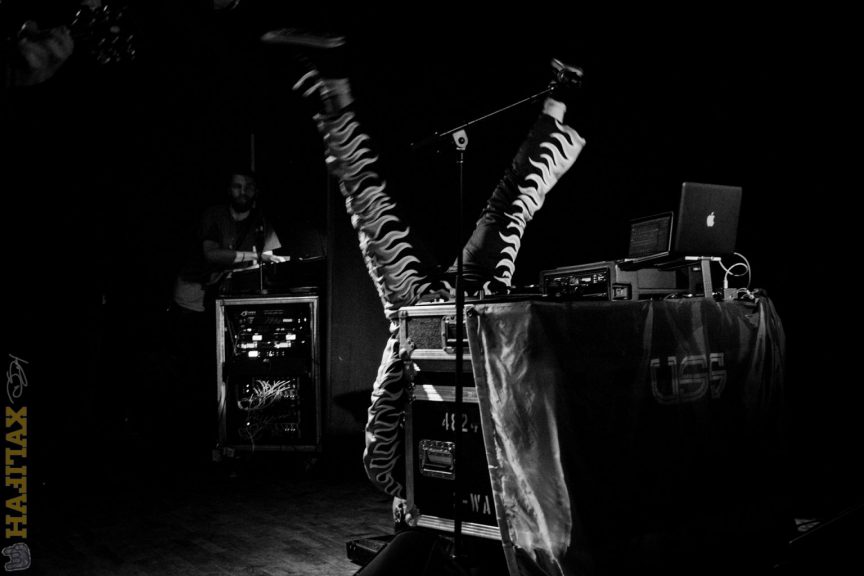 As any self-assured music fan can attest, there are those acts who thrive in the studio, and those who thrive on stage in front of an audience. Yes, we can sit and debate the bands who manage to strike a balance between the two, but those bands will always have a strength in one of those forums. I never disliked USS (Ubiquitous Synergy Seeker), but they never really blew my hair back either; there always seemed to be this novelty factor about them. This isn’t to say the studio work isn’t solid, and that they aren’t beloved by rock-radio nation-wide; because their albums are fun and energetic, but there’s a limit to what sort of energy that the albums can generate. 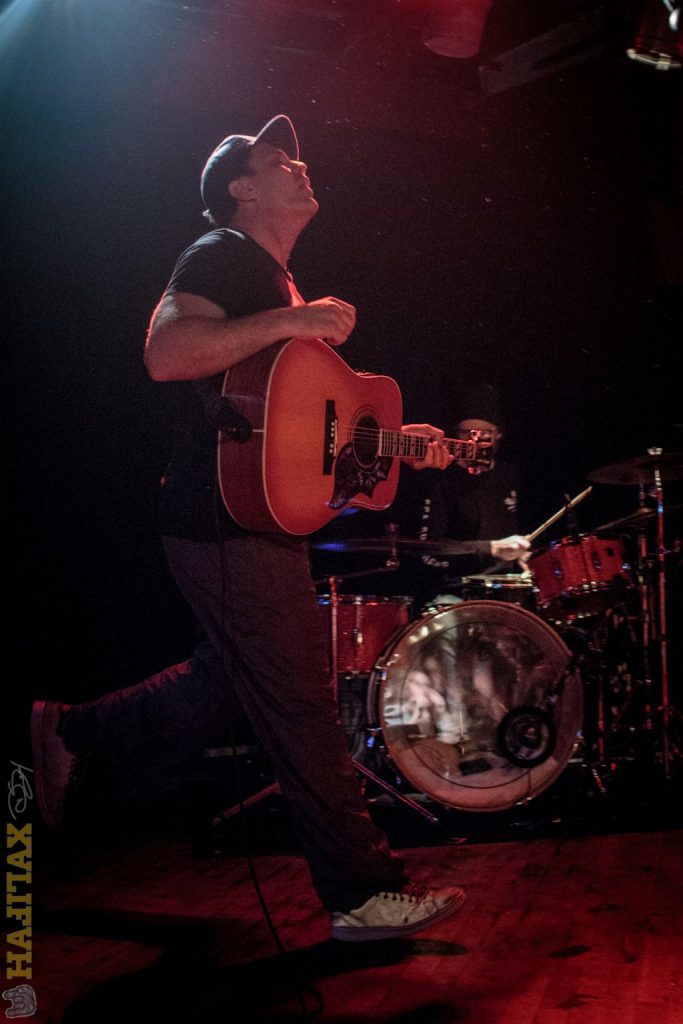 The band is touted as the duo of Ash Buchholz and Jason “Human Kebab” Parsons, but when on stage the duo expands to include Matthew Murphy, the third member of the band who mans the drum kit and handles percussion duties. The synergy of these somewhat disparate individuals exponentially expands that studio sound into a live experience, and it isn’t until the band hits the stage that the full picture is revealed. The magic unleashed on stage is derived from the band’s niche that has been carved out over the band’s five studio albums (including New World Alphabet), which encapsulate the fusion of rock, electronica, a little hip-hop, and folk music. It’s a sound that’s unusual and a bit strange but, standing among a legion of USS fans, it’s clear that the sound resonates deeply with these folks.

Last Saturday (January 21st, 2017) marked USS’s return to Halifax for the first time in a couple of years (having last played at the inaugural Garrison Backlot Bash in 2015). And you could tell the band was overdue for a visit, as the Marquee was jam-packed for a show that kicked off at 8pm (Good on you Haligoons who were in attendance). Local favourites Repartee were tapped to kick the evening off, and were an ideal choice to get the crowd primed, as their latest release All Lit Up is the perfect fusion of synth-pop to warm the room up and to get folks moving. After an all-too short opening slot, the band packed up their gear in preparation for the headliners to storm the stage. 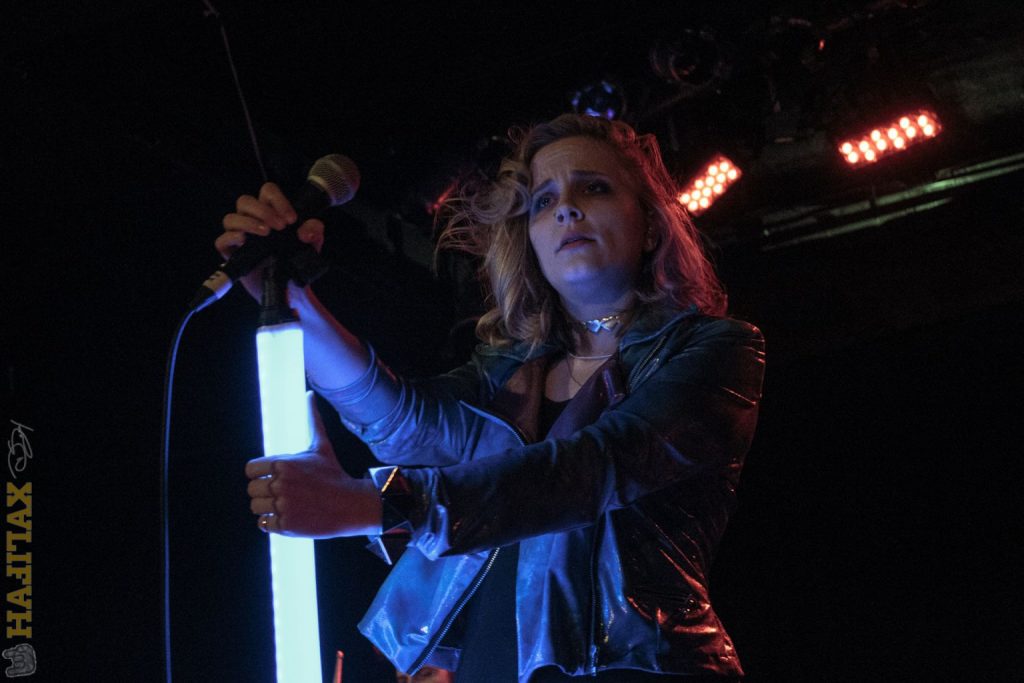 After a short changeover, it was time for USS to take the stage (a little before 9) to kick off a high-octane set that took the Haligoon crowd through the band’s catalogue, and treated the Marquee Ballroom to their ever-increasing slate of hit singles. While the latest single “Work Shoes” is still relatively fresh, it was a song that drew an approving cheer from the room at about the halfway point of the set, and it also elicited an impromptu sing-along. Over the course of close to two hours, the Ontario trio gave the crowd everything they asked for, and then some. The set included fan favourites “Laces Out”, “Nepal” and “Ying Yang”, but it was especially a treat to see the guys welcome Repartee to the stage to join them in a rendition of “I’s The B’y” (which was only fitting as Repartee hails from NL). We also saw Ash leave his heart on the Marquee stage with a delicate and intense performance of “K.I.T.” which saw him overcome with emotion by the end of the tune. 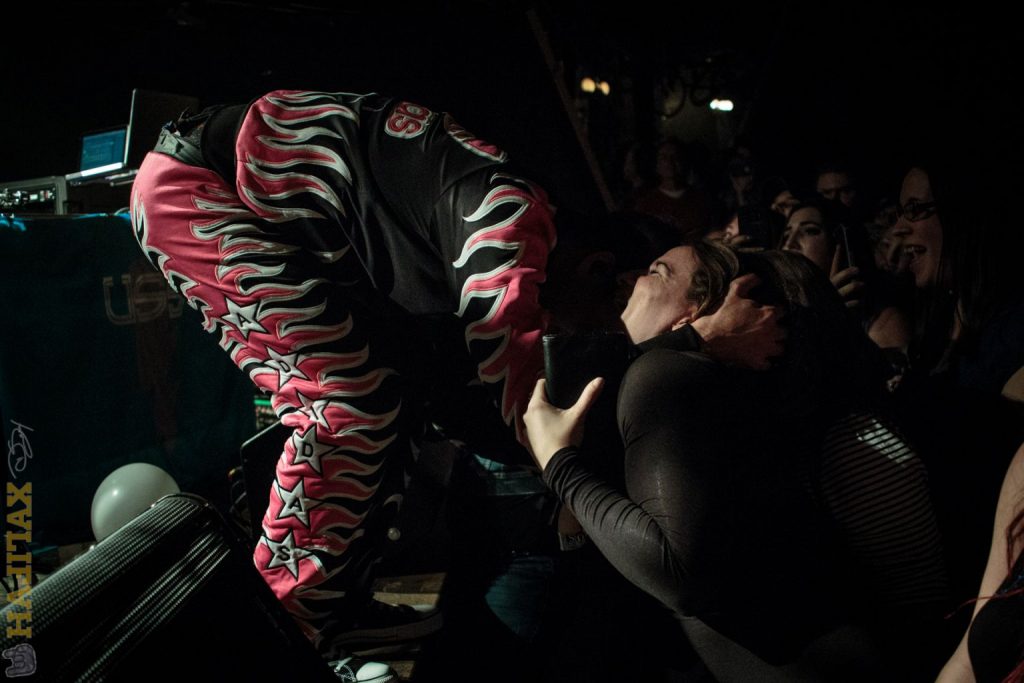 Throughout the set, both Ash and the Human Kebab bounded about the stage with seemingly reckless abandon, ensuring that no attendee was left out of the night’s festivities. It was a night that proved without a doubt that USS may be good in the studio, but the moment that they are on stage in front of folks, the greatness emerges. If you were on the fence and opted to miss out on this show, I’m sorry, but just make sure you don’t make the same mistake twice as USS are the epitome of a live act. Their performance in Halifax was nothing short of fire. 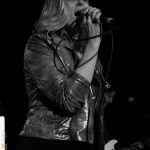 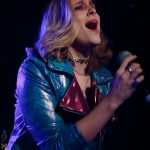 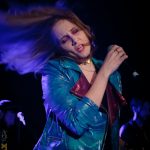 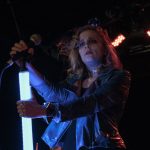 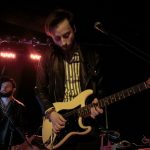 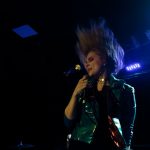 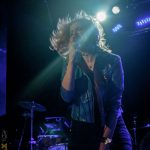 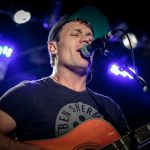 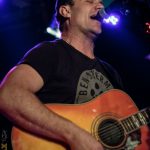 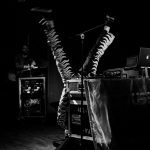 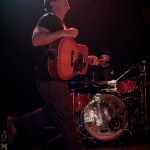 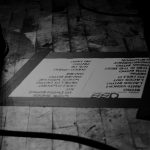 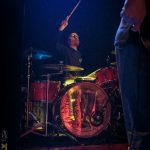 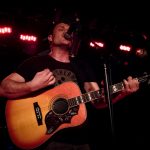 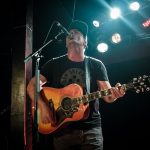 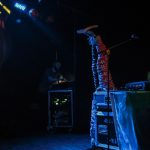 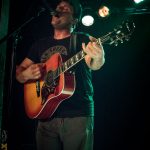 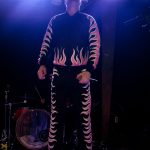 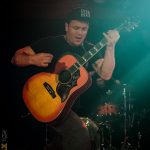 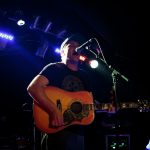