And with that, we close the doors on another successful festival.

Over the course of three nights, Halifax played host to one of the warmest events of the year, In The Dead of Winter music fest. During its weekend run, patrons were exposed to solo acoustic shows, full on funk performances, storytellers and an onslaught of incredible musicianship. After spending two of the nights enjoying performances, in completely different settings (a 24 hour flu eliminated our partaking in the Thursday night festivities), I can now see why this festival has been able to not only carry on, but also blossom over the past 12 years.

Not your typical musical festival, IDOW (as the festival is often referred) takes aim at those music fans looking for a more intimate and interactive experience, and with the help of venues such as Good Robot Brewery, The Carleton and The Seahorse Tavern all booked, intimate is what we had.

Friday night’s show was as diverse a show as I’ve seen in quite some time. Nick Everett took to the stage as a solo act and spent the first thirty minutes quietly breaking the hearts of everyone in attendance. With an ear for arrangement, a confident ease while playing and haunting falsettos, Everett proved to be the perfect opener for the evening. 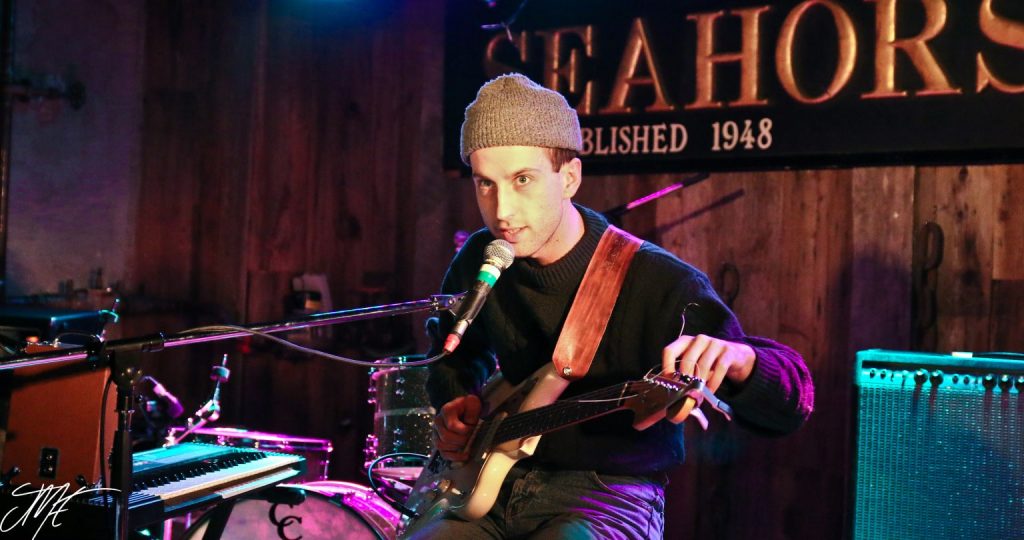 Loveland would follow next and thus the dance party, that became the evening, would begin.Dressed to play the part, Loveland proceeded to dig deep into the bag of funk/soul, channelling their inner Prince to get things heated on the dance floor. Not just a clever name, Loveland have a certain sexiness to their sound that you can’t help but be drawn to. As the crowd began to build, Robert Loveless and co took a page out of the Spinal Tap book, dialed the sexiness up to 11 and closed the set with the crowd yearning for more.

By the time The Barrowdowns were due to hit the stage, the party had begun to take shape as the dance floor became engulfed with bodies while rest of the venue began to fill up. From the first chord stuck to the last note plucked, The Barrowdowns’ set was an incredible joy to be a part of. Musically, this group plays with a confidence and ease, as they flow from one song to the next, but it’s the vocals that truly stand out. What you might not know is that each member of this troupe has the vocal ability to not only sing lead but also provide harmonies on each track. It’s such a rare thing to actually hear five-part harmonies live on stage, that you can’t help but be completely hypnotized by the beauty of it all. If there is a group to keep your eye on in 2017 it has to be The Barrowdowns. 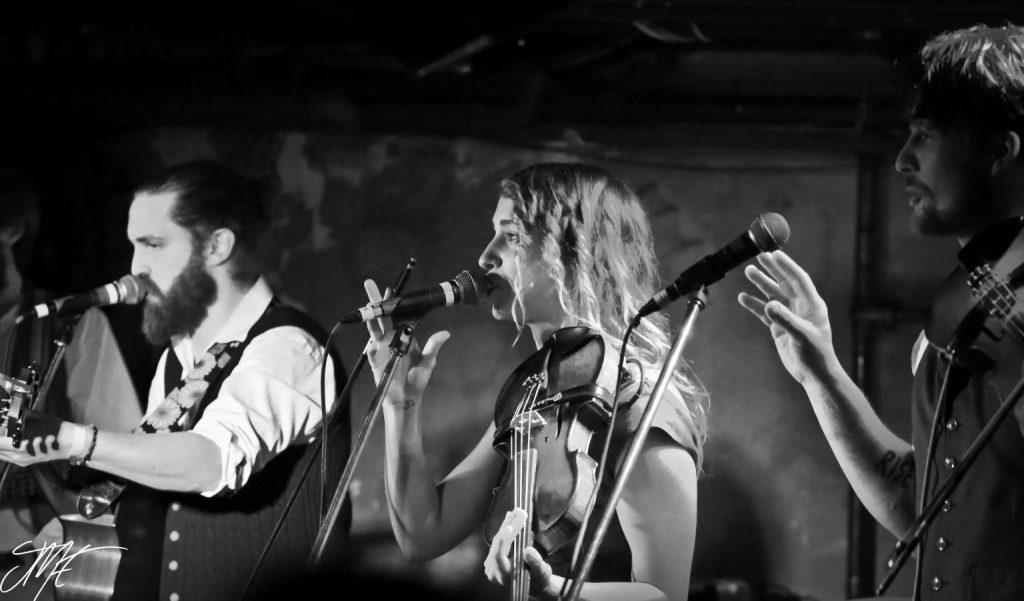 Closing out the evening was the Toronto-based band The Wooden Sky. It’s been a few years since this foursome has found themselves performing in Halifax, which in turn led to some anticipation amongst the crowd. What I thought I was going to be getting from this group was the complete opposite of what I ended up hearing. More in the vein of an Americana-rock sound than a true folk sound, The Wooden Sky kept the dance floor committed to the idea that this night would be a lively celebration and not a quiet parting of ways before heading off into the dead of winter.

The Saturday line-up at The Carleton proved to be the perfect marriage of performer and venue and after taking a quick look at the performers on the bill, it was easy to see that this would be a special night.

Prince Edward Island native, Dylan Menzie, would kick off the evening as a three piece act. I have only ever witnessed Menzie as a solo acoustic act and have to say that it was great to hear his music being backed up by a drum and bass. Playing some of the old with some of the new (and throwing in a Frank Ocean cover for good measure), Menzie continues to prove time and time again that he has all of the makings to become an incredible storyteller.  It’s been said before and I’m sure it will be said again, but when you sit back and listen it’s hard not to hear a young Joel Plaskett up on stage. 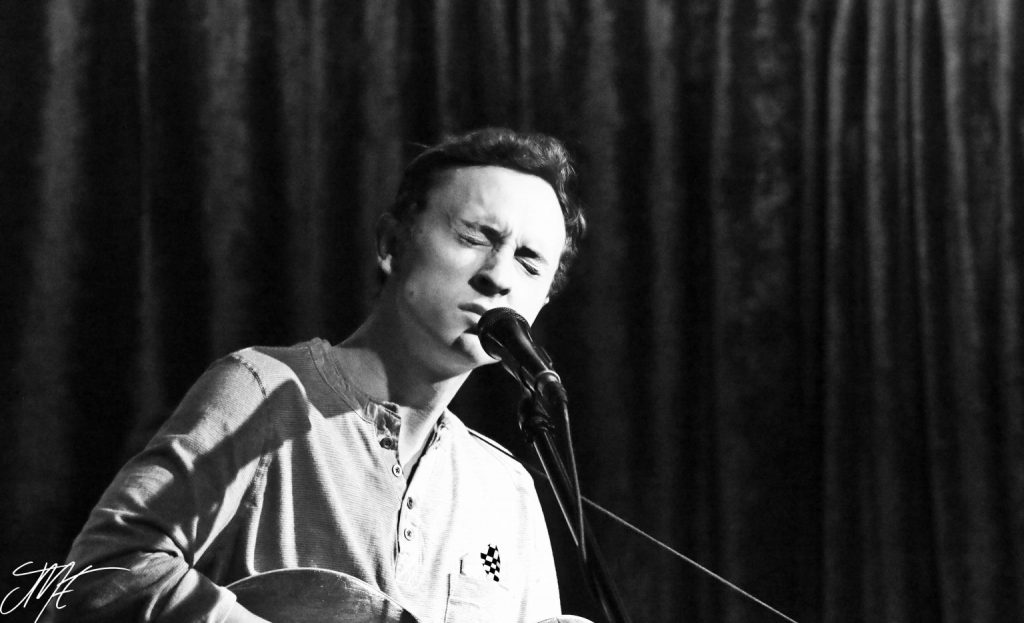 Kevin Kane (of the Canadian rock group The Grapes of Wrath) and Bryan Potvin (from The Northern Pikes) took to the stage next and much like Dylan Menzie before them, would fill their set with songs both new and old.  While the crowd wasn’t overly familiar with the newer material that the duo have been writing for the past few years (they’ve only been touring as a duo these past 2 years), the music was well received and proved to be a great alternative to the massive hits that would be sprinkled throughout the rest of the set.

With Andrea Ramolo and Irish Mythen set to close the night, I made sure to position myself in the best available space to fully take in the performances ahead. Andrea Ramolo took to the stage with the brightest of smiles. Vocally her range was expansive and alluring and as a fan of the melody that comes with music, I couldn’t help but find myself being swept away with the magic of it all. At one point Ramolo declared that her latest album, which the set mostly represented, was born out of a dark time in her life but even with the darker tones sprinkled throughout the sound was mostly angelic. 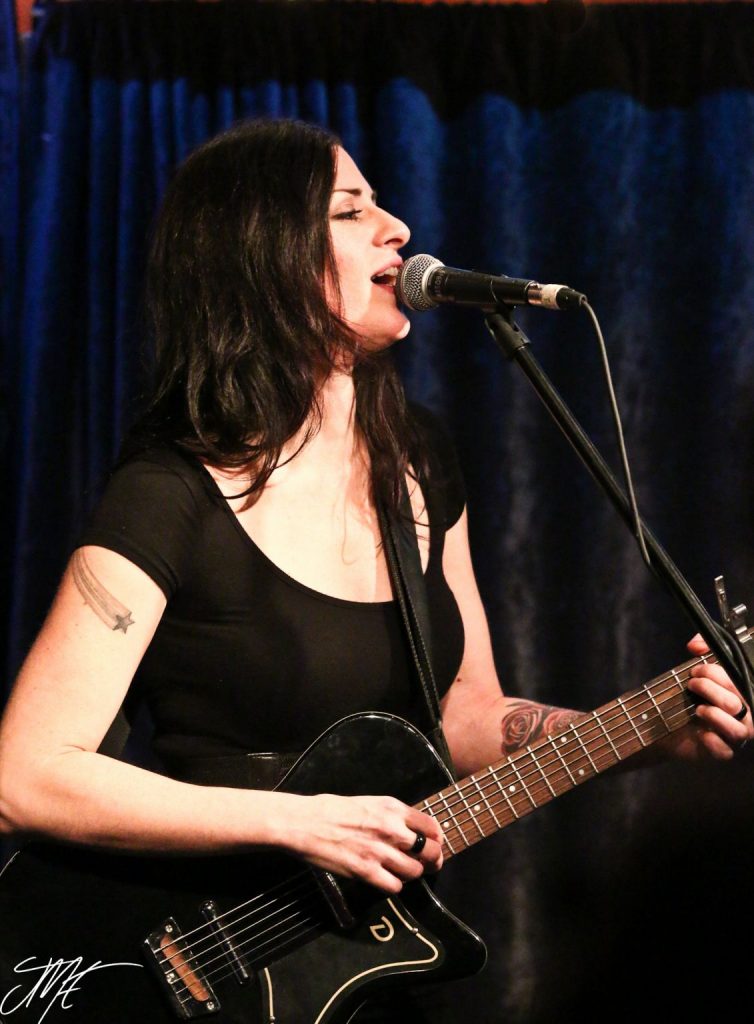 The final act of the evening was Irish born, Prince Edward Island native, Irish Mythen. Fresh off a plane and with no luggage to her name (lost somewhere between there and here), Mythen stepped to the mic with an acoustic guitar and instantly became the act you should all be disappointed that you missed. Not only could she bring down the house with her voice but her performance was second to none. She was both powerful and vulnerable and also exquisite and imperfect. She told stories of the songs that she performed and spent time interacting with the crowd on a very personal level. A small technical problem took place on stage that would have caused most musicians to hesitate, instead Mythen stepped in front of her mic and proceeded to pound out her song as if she were sitting around a campfire. The blend of personality and talent that Irish Mythen has is something you see commonly in those artists who find themselves propelled above the rest. There is no question that with the current momentum she has experienced (recently closing out the Philadelphia Folk Festival), Irish Mythen should become a household name.

Lastly I would be remiss not to applaud all of those who helped to put on this fantastic festival. From the venues, to the organizers, publicists and volunteers, each show was well advertised, put together, and pretty much on time (just so you know, this is usually not the case at a lot of festivals). The time and effort that it takes to make a festival happen is nothing to scoff at, so I commend all of those involved for allowing Halifax to continue on as a city where great festivals can live and grow.