Before I begin my rant, I gotta say that 2016 was a year that totally blew me away for music, and not just music across Canada, but music that came out of my hometown in Halifax. Wintersleep, Kestrels, Adam Baldwin, Like A Motorcycle, Hello Delaware, just to name a few artists that had a stellar year with their latest releases from this awesome city. And many of which you will find on our year-end lists.

Anyway, instead of doing this list in alphabetical order, or from 1 to 10, let’s fucking do this award style…..

Arkells, Morning Report – My Favourite Album of the Year 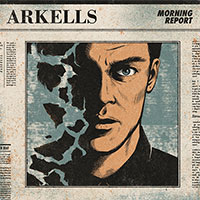 If you haven’t heard the news lately, Arkells have cemented their place as Canada’s hard rock band, with back-to-back stellar albums, and selling out shows across the country to boot. It’s really no surprise that their latest album is getting heavy spin on everyone’s music player. To start off, “Morning Report” is chock full of hits, and enough substance to keep you interested for many, and I mean many listens. It’s also an album that is catchy as fuck, thrown in with a few tracks that will pull your strings. The band cleverly invented a formula that works so well, and have stuck to it: one that is very familiar, fun, inviting, and a pleasure to listen to. I could go on about each individual track, and pick winners, but they are all winners in my book.

Wintersleep, The Great Detachment – Surprise Album of the Year 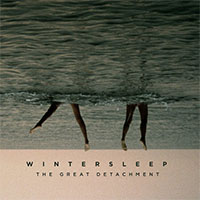 I didn’t see this album coming, especially one coming from my own backyard in Halifax. We all knew that Wintersleep was one of Halifax’s premier bands, releasing solid albums every few years. With the release of the track “Amerika”, we knew it was gonna be business as usual, but the album we got with “The Great Detachment” was an attack that exceeded all my expectations. Where their previous albums had been drowned with melodic tunes, showing only signs of upbeats tracks, this album switches things upside down, and puts it all together for an amazing listen. Also, if there was an album to road trip across Canada, starting from Halifax and heading out west, this would be it.

Hannah Georgas, For Evelyn – Risk-taker Album of the Year 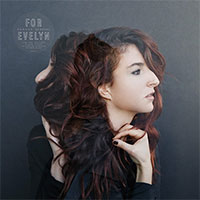 Back in 2012, Hannah Georgas was the talk of the town, with her inspiring singer/songwriter skills that were found on her sophomore self-titled album. She created a formula that worked, which was beautiful, charming, and really caught on. Heck, the CBC ran a series of videos that showcased her amazing musicianship. With For Evelyn, the formula has been thrown out the window, as she really comes out on her own, and is having fun doing so. Four tracks into the album, you have a song like “Waste” that really turns the album on its head. It’s fun, it’s catchy, and it does everything that no other singer/songwriter does. But then there are tracks like “Evelyn” that come out strong with personality and resilience. The album finishes with an amazing string of slow ballads.

DIIV, Is The Is Are – International Album of the Year 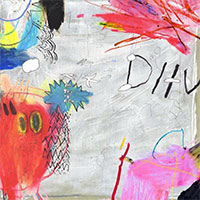 Headlining last summer’s Gridlock Festival in Halifax, DIIV is a band that blew me away from their live show, and have pushed me to scour the rest of their music catalogue. This is a band that really captures the British underground scene of the early ’80s, with the attitude/alternative rock of the early ’90s. There are a lot of upbeat tracks on their latest album, “Is The Is Are”, but I’ll warn you, most of the songs are quite the downer, and it’s that mix that might push people away from listening. But once you get into the album, you’ll find that this is nothing short of becoming an essential piece of your music collection. This is the kind of album you’ll want to drown out on with a bottle of a booze or a joint in hand. 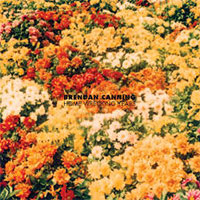 Broken Social Scene‘s oddball is back for another round of his solo goodness. Unlike the previous album of the list, Brendan Canning‘s release of “Home Wrecking Years” is all about sunshine, rainbows, and lemonade. The kinda album you would listen to on the porch, with a nice summer breeze on a beautiful Sunday morning. And yes, that may be 6 months away, but you can enjoy that feeling by putting on your headphones, closing your eyes, and listening to this amazing piece of work. Songs like “Keystone Dealers” & “Once I Was A Runner” will put you into a relaxing gaze, while tracks like “Book It To Frenzo”, and “Nashville Late Pass” will have you rocking out. A lot of love for this album.

Must-hear tracks: Vibration Walls, Once I Was A Runner, & Nashville Late Pass 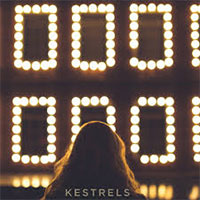 I’ve been tracking this Halifax band for years now, since their early shows playing downtown in the pubs, and playing in some ridiculously amazing line-ups at previous Halifax Pop Explosions. And just recently they’ve topped the CBC radio charts with their latest track, “No Alternative”. With Kestrels‘ latest self-titled album, it is them taking their music into full-force, and it’s fucking awesome. “Are You Alone” is this year’s song you’ll want to hear in the mosh pit, it’s just one big rock frenzy in slow-motion, and the intensity of the track “Lying Down” is something that you’ll absolutely dig. This is the album that has put them at the forefront of noise-rock in this country.

Must-hear tracks: No Alternative, Are You Alone, & Lying Down 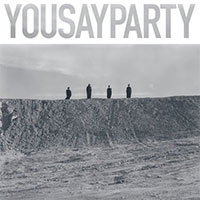 After the sudden passing away of the drummer Devon Clifford, the band name change, and going on hiatus for almost 5 years, it was sad to see such an amazing band go out this way. When You Say Party released their self-titled album, it felt like a band had been absolutely broken. Their latest album has torn away their catchy signature punk-rock sound, and replaced it with something very dark and beautiful. Tracks like “Sleepyhead” and “Fortitude” are painstaking, that really go on to tug on your heart. This is the album that you’ll want to turn the lights off, put on your headphones, and listen to alone in the dark.

DIANA, Familiar – The Chill To Album of the Year 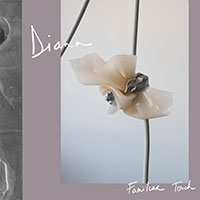 The latest genre of electronic-soul-synth-pop-indie rock (yeah, it’s a mouthful) has really taken hold in the past few years, with bands like Little Dragon, Blood Orange, and now in recent years, DIANA at the helm. With their latest release “Familiar Touch” they keep the same format that made their previous album “Perpetual Surrender” so popular. They still have that signature sound of sunset romance, but this time there’s a bit more comfort when listening, that wraps you up into a blanket and lets you simply relax. You can hear that warm and inviting atmosphere on tracks like “Cry” and “Helpless”. 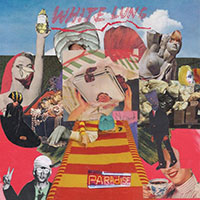 It’s not everyday that you hear the vocalist of a punk bank sound so good, who can embrace such melody and go on the attack at the same time. And that’s what you get with Mish Barber-Way, and her arsenal of a band to back her up, a band so versatile they’ll leave you waiting for their next album. White Lung’s Paradise is like a heavyweight in the boxing ring, it packs a killer punch and doesn’t let up in the 10 tracks found throughout this album. Sure, it has its knockout singles, such as “Below” and “Hungry”, but there’s much more to find on this album to give you the final blow.

Must-hear tracks: Narcoleptic, Kiss Me When I Bleed, & I Beg You 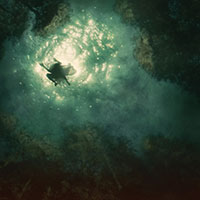 This wouldn’t be my year end list without including the band Braids into the mix. Companion EP feels like a continuation of last year’s hit, Deep In The Iris, with elements from even deeper within their band’s catalogue. With only 4 tracks, that almost hit the 20 minute mark, there’s enough to love on this EP. From the catchy, whimsical beat of track “Joni” to the highly intensive “Sweet World”, there’s enough here to rival any of the albums that I’ve previously listed. Hopefully this is also a peek of more to come from this band. Who knows, they may make my 2017 list next year.