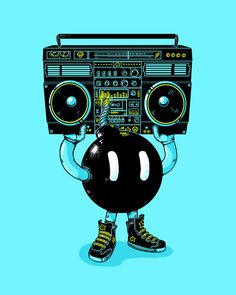 It’s hard to believe that we’ve rounded the bend and are now in the final stretch of 2016. It’s been a year that many would largely categorize as something of a dumpster fire with the loss of many notable musicians (Bowie, Prince, and Sharon Jones), and the political unrest across the pond with the Brexit, and for our neighbours to the south with the election of President Trump. It’s certainly easy to slap a blanket statement on the past year, but we’ve also been privy to some great music, so with one of the last Midweek Mixdowns of 2016, here we go…. (Here’s the Spotify Link – https://play.spotify.com/user/the1drunkduck/playlist/7uE51YMJZUkfSXZPHeNt9k)

I don’t know where XM radio finds these incredibly catchy indie pop acts, but they’ve done it again with the Nashville-based Coin. The single “Talk Too Much” is instantly accessible and will stick with you in the hours after hearing it. It’s a great slice of indie-rock to wrap up 2016 with.

Kings of Leon – “Waste a Moment”

2016 saw the Kings of Leon (KOL) hiatus come to a close; the band returned with their album Walls, and the lead single “Waste a Moment”.  The time away definitely sounds like it did the band some good, as the album is a culmination of the their last three albums, but bears strong similarities to KOL’s breakout album Only By the Night. Hopefully we see a Halifax tour date in the band’s future.

Another band unleashing new material in 2016 was Vancouver’s electro-alt-rockers Mother Mother, who dropped the lead single “The Drugs” in November. It’s quite the departure from the folk-indie-rock sound the band showcased on their debut album Touch Up, but it’s that constant evolution and growth that makes Mother Mother one of the most exciting rock bands at the moment. The band will be dropping in to the Marquee Ballroom in February of 2017 (tickets are on sale now).

Rag’N’Bone Man may not be a household name…..yet.  Just have a listen to his track “Human” and you may end up equally astounded at the depth and tone of this former emcee’s voice. The Brit singer is poised to drop his full-length album in March of 2017. Have a listen, this won’t be the last you’ll be hearing from this talented chap.

This UK-based indie electro-pop duo recently appeared on SNL and performed their lead single from their upcoming album. It was quickly apparent that this is a track that is meant to be a studio cut, as it didn’t seem to translate to live television, but I know it sounds great on a pair of headphones, or pouring out of my speakers. A definite ear worm!

Judah and the Lion – “Take it All Back”

What’s not to like about this track from Judah and the Lion (another indie rock outfit out of Nashville), as the track has similarities to Frank Turner, and the Lumineers. There is something about the banjo work on this tune that just gives it this added aural flare that makes it unmistakable. This is certainly one of my favourite tunes of 2016; have a listen, it might be yours as well.

Local act The Mike Bochoff Band has been hard at work on their new album Distractions which is slated to drop sometime in 2017, but earlier this year put out the lead beautifully taut and sparsely arranged single “Sons of America” that builds into this slow burning crescendo. Bochoff’s voice has an earnest tone that is immediately engaging, and this track will lure you in and will have you coming back again and again.

Our pals in local act Quiet Parade just released (as in today) their Holiday EP Christmas Through the Fog to the masses, and it’s a great album to toss on to chase away those bah humbug blues. Check out the band’s first release from that EP, a cover of Darlene Love’s “Christmas (Baby Please Come Home)” (popularized by U2).