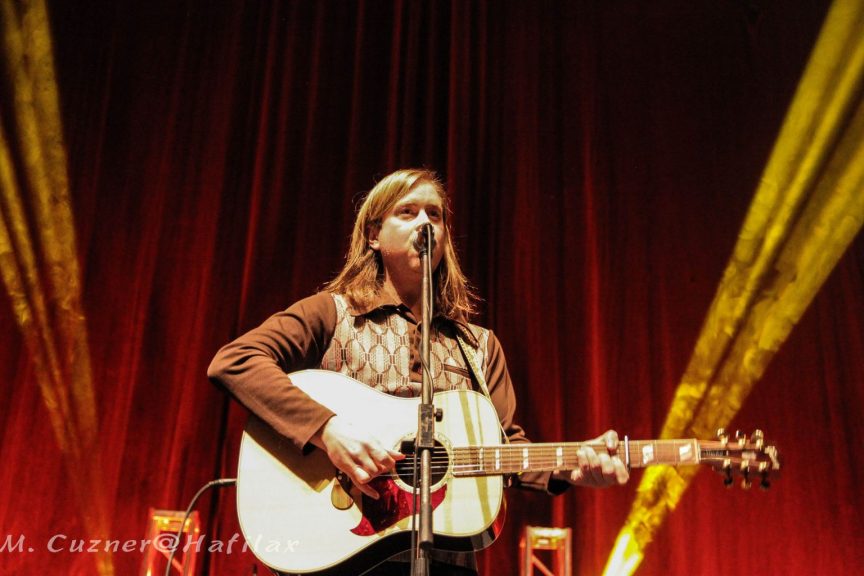 The term “Old Soul” gets thrown around a lot. It’s used to describe kids who seem mature for their age, and dogs for some reason. But this description is most fitting for Jordan Musycsyn. His blend of country, folk, and Canadiana is brought to the spotlight on his second full-length album “Old State Of Mind.” The former ECMA Folk Recording of the Year nominee shows a more mature side of himself. Partially parting ways from his older songs like “GST” and “Mountain Fry Lullaby,” this album shows that his work as a singer/songwriter has paid off and he has a few war wounds to show.

The opening track kicks off with some beautiful fiddle licks from Colin Grant, and a steady railroad-like drum beat from Jordan Bruleigh. Musycsyn sings about days past, and the fond memories from them. “I polished up the chrome rims/I picked you up to go to prom/Your disapproving father, your teary eyed mom” has you reminiscing about the feelings of young love, and the 40,000 pictures that were taken to document it. The lead single “Perfect Time” comes next with its upbeat message of taking the bull by the horns and doing what you want. “Don’t wish for luck just make it/If you can’t find the courage then fake it” describes Musycsyn’s path to become what he is today. From open mics to his second album release, Musycsyn is on the path to be the next great Cape Breton singer-songwriter.

A heartfelt album wouldn’t be complete without a few songs about heartbreak. Enter “Your Mother’s Cooking”. Breakups are hard, and the things you miss the most are the things you took for granted while you had them. Jordan also teaches life lessons on his sophomore album. “Love Me in the Dark” tells a story about the power going out during a storm, and how all the screens that we’re usually attached to went blank. It’s only then that he and his girl realize that they have a lot more to talk about than they thought. “We just need to unplug sometimes/Shake out the distraction from the mind.”

Although I said earlier that Musycsyn has departed from his older coat, it’s not quite a full departure, and we’re all more than happy about that. “Cut Me Off” is an upbeat ditty that gets toes tapping and bodies arm-in-arm swinging on the dance floor. As he states in the song, self constraint was never quite his strong suit. He pleads for his s/o to cut him off before he loses her. The closing track “Beautiful” describes his, and his friends’, time on the road and how beautiful it is to see the success that many have attained. The bittersweet feelings of making it, and the sacrifices that are made to get to where you are.

A personal favourite of mine is “Back In The Maritimes.” An anthem for those who have to venture for work, or family, to the western parts of the country. He describes his love for the Maritimes, and his desire to have the ability to someday raise his own family where he had the pleasure of growing up. I’ve done the out and back that is sometimes required to pay the bills when living in this portion of the country. This song sums up feelings that you have on both flights. The sadness that encompasses the flights out, and the joy during your descent into whatever Maritime province you call home.

Musycsyn writes like John Prine, sings like Neil Young, and plays like the Highwaymen. He encompasses what it is to be a Cape Bretoner and is proud to be one. He doesn’t hesitate to state his love for the island, and give a wink and a nod to the parts that make it what it is (God’s Country).

Jordan will be having his CD Release party at the Membertou trade and convention centre on Jan 21, 2017, followed by a tour. Keep track of him here.

And if you’re still feeling festive, check out his Christmas song “Christmas in Cape Breton“