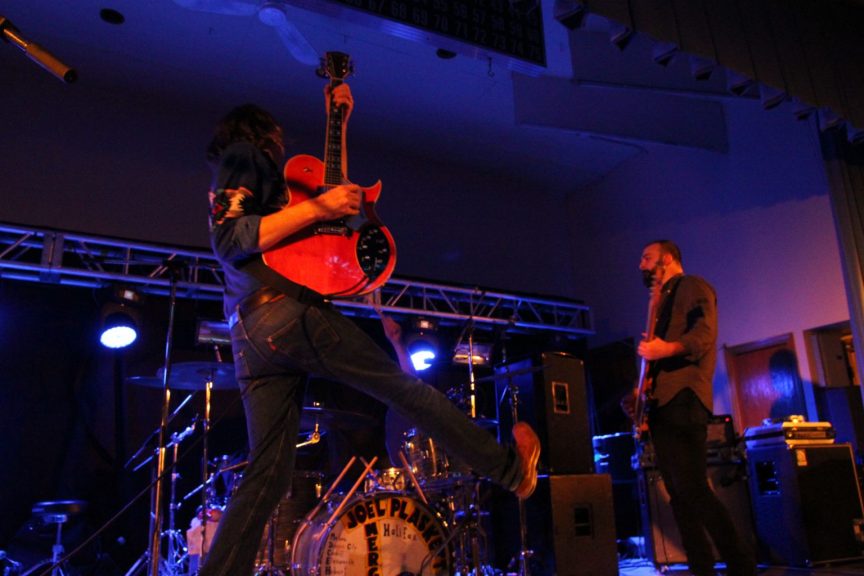 I wouldn’t hesitate for a second when asked if the Nova Scotia music scene could go toe to toe with any other North American music scene. The answer is absolutely a yes. This past weekend (Nov. 3rd-6th, 2016) proved that, beyond a shadow of a doubt, the NS music scene is alive and well. I had the pleasure of enjoying two of the four days at the Nova Scotia Music Week festival. The shows were filled with a wide array of music, head banging, dancing, and I even had the time to sneak in a couple of beers.

I’m going to go ahead and sum up my five favourite shows from the weekend, but don’t let that detract from any of the other acts that were performing. So, without further ado, my five favourite acts from NSMW in no particular order are….

If you’ve ever seen Joel Plaskett Emergency perform live, you knew this would be on the list. Their long career in the NS music scene has just cause. They wailed through their hits, deep tracks, covers, medleys, and birthday wishes. Crowd favourites like “Through and Through and Through,” “Hello Teacher,” and “Nowhere With You” had the crowd screaming, singing, clapping, and dancing along. Plaskett took us to church during an interlude of “Work Out Fine” with some call and answer from the crowd. He shredded insane solos, utilized the entire stage as a dance floor, and at one point called former Thrush Hermit bassist Ian McGettigan for a belated birthday wish. I don’t have to push The Emergency on anybody who knows anything about the NS music scene. These guys have certainly paid their dues and have had what seems to be a whole heap of fun doing it. 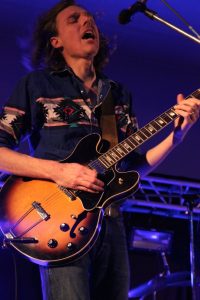 This Cape Breton Trio has been hard on the tour circuit. A couple of trips overseas, across Canada, and a residency at the Halifax Casino sums up their summer. Stemming from Gordie Sampson’s Song Camp, they are somewhat of a super-group. They all have solo careers, but have decided to team up into a beautifully connected harmony machine. They’re a group so nice that I saw them twice. Their Friday night set at the Holiday Inn, they played to a capacity crowd. I had the pleasure of seeing them with the addition of a drummer and a bassist for the first time. The full sound took their show to another level. Opening the set with fellow NS band Hello Delaware’s “Where Have You Been” set the tone for an energetic and melodic performance. Their Saturday set went perfectly with my hangover. It was a calmer and more pristine set. Carleton Stone’s acoustic guitar and raspy voice coincided with Dylan Guthro’s electric solos and melodic harmonies. Not to be outdone was the magnificent Breagh MacKinnon rounding out the trio’s harmonizing and tickling the keys. Both sets were perfect in their own way, one no better than the other. 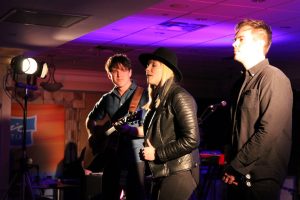 These girls fucking slay, it’s as simple as that. If you find yourself bored at one of their shows you’re doing it wrong. Supporting their new album “High Hopes”, the girls played the hardest 45-minute set I saw all weekend. Spraying beer, flying high off drum kits, face-melting solos, crushing Jameson, and punk rock filled the ballroom of the Holiday Inn. The ladies of LAM bring an onslaught of energy and kickass tunes whenever they play. Please, please, please see them whenever you get a chance. (Hint: Gus’ Pub Nov 26 for their album release.) If you’re disappointed…drinks are on me. 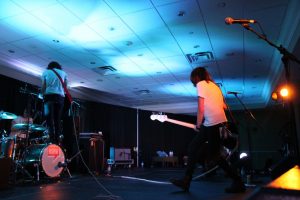 Drawn out jams, quirky lyrics, and a Frank Zappa feel can sum up The Brood. Seeing them open for Joel Plaskett twice this year makes a lot of sense. They’re a hard band to pinpoint in that you can’t tell if they’re taking the music seriously. When they’re 7 minutes into a 3 minute song, it’s then you know that they’re real musicians. They enjoy themselves and what they’re doing. Jazz-inspired guitar solos, deep and heavy bass licks, intricate drumming, and ’80s inspired keyboards are put together to allow them to experiment with a wide array of tones, and musical styling. Promoting their newest EP “Deranged Love,” they played mostly songs off of it. Out of a 45-minute set, I would venture to say they only played about 5-6 songs. They drew everything out and got lost in their tunes. “Hot Yoga,” “All Debit, No Credit,” and the title track “Deranged Love” were obvious crowd favourites. If people weren’t a fan of the Brood before walking into the Legion, they were certainly fans leaving. 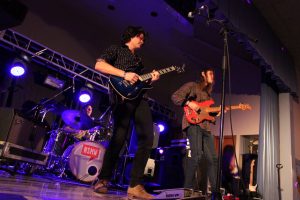 Who knew “The Town Heroes” could get any better? By doubling their size, they in turn doubled their awesomeness. The new additions of Aaron Green and Tori Cameron (both from Hello Delaware and Floodland) round out the harmonies incredibly, give them the low end that nobody knew they needed, and a second soloist that can shred with the best of them. Mike Ryan and Bruce Gillis certainly made a heap of noise on their own, but the two new additions have the ability to take their sound to a whole new level. Ryan’s unexpected voice hits notes that you wouldn’t think a guy of his stature could nail, and Gillis shows the drums absolutely no mercy. Green and Cameron easily filled in the missing parts of the almost complete puzzle. Although it was the first time performing as a 4-piece, you would think they had been together for years with the chemistry they had on stage. They played to a packed crowd at the Holiday Inn Friday night. People sang and danced along to their older songs, already knew all the words to their newer ones, and listened intently to their newest unreleased jam that they threw in the mix. They’ll be touring hard for the next little while, so do yourself a favour and get out when they come to a venue near you. 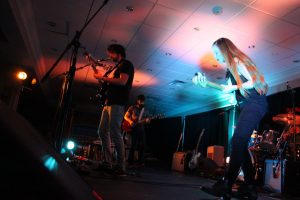 For people out there who think that “Music isn’t what it used to be,” please come out from under your rock. Nova Scotia has an insanely talented music scene, and all you need to do is find it. Any town across our beautiful province will have live shows on any given night. If you choose to believe that new music isn’t any good, then we’re going to lose bands, venues, and the scene to other areas. Do yourself a favour, get out and see a local show whenever possible. 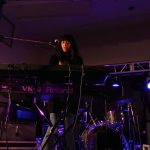 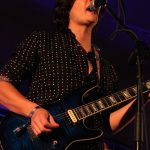 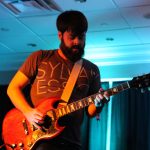 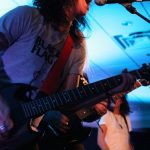 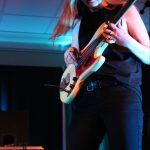 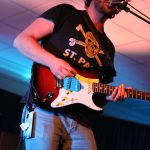 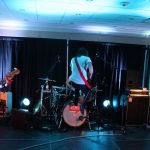 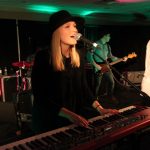 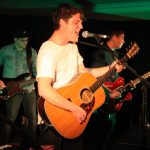 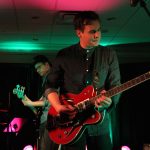 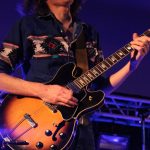 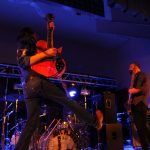 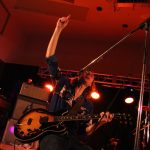 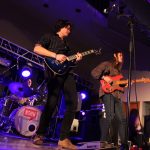 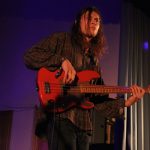