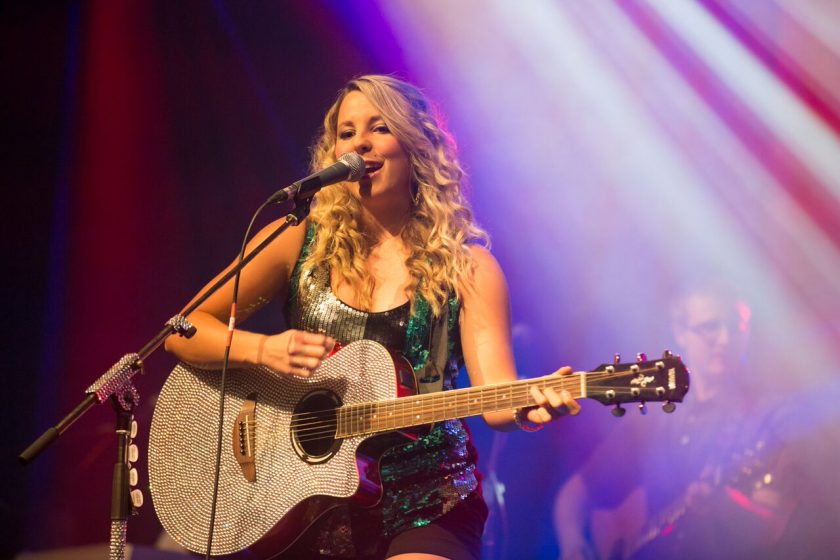 I’ll be the first to admit that I’m not a big country fan, but every now and then, an artist comes along that forces me to throw my straw Corona hat on, put on my nicest plaid shirt, and my Blundstones (I don’t own cowboy boots yet, but check back in on that sooner than later). Lisa Nicole is the latest artist who I’ve been spinning on the regular. Her story-driven country music gets your toes tapping and your heart strings pulling at the same time.

She’s in the midst of her second cross-country tour, and we Haligonians have the pleasure of being one of her stops promoting her new EP “Come Find Me.” After she attended the CCMAs, she graciously took the time to chat with me about the tour and herself.

When asked about how she got into the biz, she said that, being from the West Coast, there were lots of drives with country playing in the truck. “I was 9 when I first got on stage,” Nicole recalled. “It was at a restaurant/bar kind of thing that did karaoke. My parents took me to perform.” When asked if she remembers what she sang, there was no hesitation…”Shania.” “Shania and Dolly were early influences…some more recent ones are Miranda Lambert and Carrie Underwood.” Her new album very clearly hits on these two influences. Powerful stories told with powerful vocals.

In 2015 she was awarded the BC Country Music Association/Music BC Artist Development Project. This entailed a 6-month boot camp where more than impressive vocals were required to succeed. “You had to create your own marketing campaign and everything.” This competition started with 60, and as the cream of the crop, Lisa Nicole was named the new West Coast country queen. The two biggest things she gained from the experience: “The mentorship, and the great feeling to be recognized for all your hard work. You plug away for so long, and then to be recognized like that means a lot.”

This will be her second trip to the Split Crow in Halifax. Although she said she loved the scenery and people, her first lobster experience left a lot to be desired. “It was a tough experience. After I got it all cracked open, I was like…is that poo? And everyone said no, its not poo. But I’m pretty sure it was poo.”

I can’t thank Lisa enough for taking the time to chat, and I can’t give enough praise to her new EP. Get out Friday to the Split Crow to see her live! And shower her with some East Coast hospitality, point her in the direction of the best lobster roll in town!