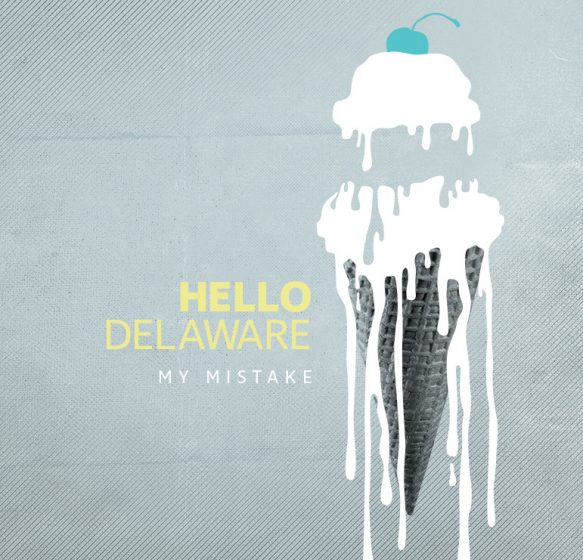 Halifax NS –  No ex is safe with Hello Delaware.  From bad breakups to falling for the wrong person, Hello Delaware band leader and writer Dana Beeler is telling it as it is with this album.  Demanding attention, mixing sarcasm and wit with a certain candor.  Hello Delaware is just what you needed.  “You brought it on yourself, and now it hurts like hell, and dragging me down won’t make you a better man.”   With that line from Black Cherries, the opening track of the band’s debut release My Mistake, Beeler sets it all out clearly:  There will be no more of these shenanigans.  Or, as she tells it, this new album is “a little edgy, a lot pissed off, and a lot done with stupid boys and their stupid shit.”

Dana followed Halifax peers like Jenn Grant and Heather Green in amongst the trees of Echo Lake Studio to craft My Mistake with two-time ECMA producer of the year Daniel Ledwell.  “Danny blew my mind and expectations on this album,” she says.  “He played basically all the instruments, save drums and a few guitar parts, and created dynamic and beefy musical hooks that really make these songs everything I wanted for them.”  The result sounds like a Jenny Lewis who grew up in small-town Canada—less Hollywood, more trees—but emerged just as heartbroken, and as insightful about it.  It’s Americana with shades of *Red*-era Taylor Swift, the elemental pop of Gwen Stefani, while a splash of country seeps across the whole affair.

With a fresh look, cool merch, and a killer stage show Hello Delaware is ready to rock The Seahorse Tavern, Friday September 30th, with Halifax darlings Dance Movie and the brand new band Cameron set to open the night.

Tickets can be purchased here.