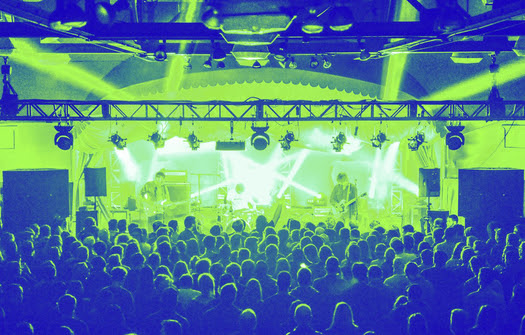 Early Bird pricing for VIP Passes ($179) and Festival Wristbands ($89) is extended to Friday, September 16, 2016. Passes, wristbands, and a limited amount of individual tickets are available HERE.

For the 11th year, the Halifax Pop Explosion Music Festival renews its commitment to presenting a music conference designed to educate, inspire, and entertain. Taking place at the Halifax Central Library from October 20-22, 2016 the XPAND Music Conference – presented in association with FACTOR, Heritage Canada, and CIMA – features a diverse series of components aimed at strengthening and growing the Halifax music community.

The 2016 XPAND Music Conference also introduces the inaugural Canadian Label Summit, which brings regional, national, and international label representatives to Halifax for a focused series of panel discussions, roundtable talks, and networking events. Among others, representatives from labels such as Sub Pop Records, Warp Records, Last Gang Records, and Glassnote Records, will be on hand to participate. Also presented in association with CIMA, the Label Summit offers a unique opportunity for labels championing artists on a variety of spectrums to discuss industry challenges, examine business models and shifts, and present new findings, all while being given the chance to see the best and brightest homegrown talent in action throughout the course of the music festival.

A full conference schedule and a list of festival delegates will be released on Tuesday, September 20, 2016.