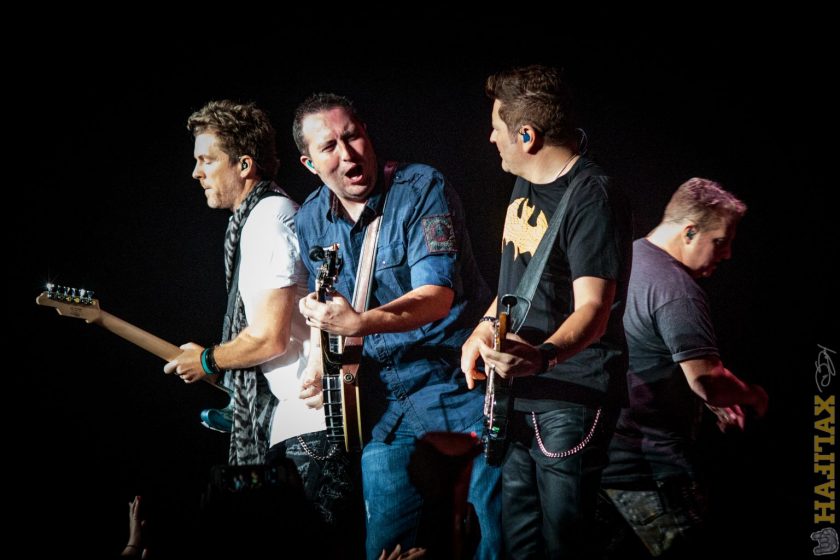 Almost two decades ago, country-music goliath Garth Brooks brought his tour to the (then) Halifax Metro Centre for an unheard-of string of 4 sold-out performances. Now, almost twenty years later, another country juggernaut, Rascal Flatts, took to the (now) Scotiabank Centre stage to perform for the packed room on a late summer Thursday evening. Pulling up to the venue, you could see a diverse crowd of country music fans both young and old streaming in, and there was a palpable excitement surrounding this show. While those in attendance were fired up for Rascal Flatts, the room was packed when Jason Blaine hit the stage to kick the evening off. 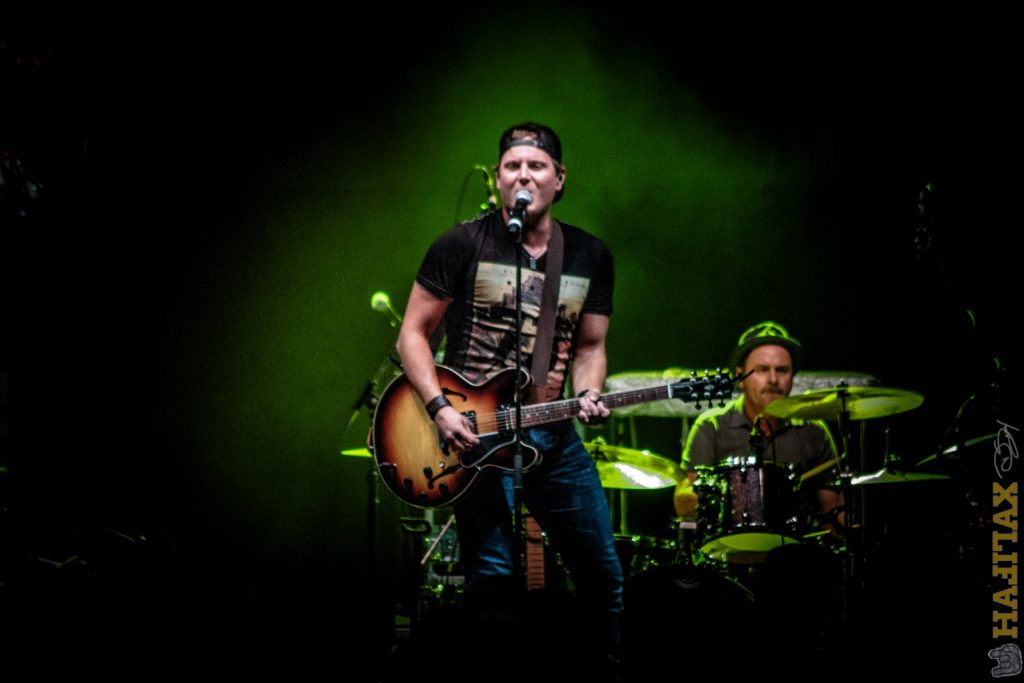 The audible roar which ensued when the lights went down would make you think that the evening’s headliners were about to take the stage, but that speaks volumes about Jason Blaine’s stature in the Canadian Country music scene. This was the first time I was truly exposed to the Ontario-born singer-songwriter, and I was extremely impressed by his guitar work, which was certainly a focus of his modern-country. Secondly, the autobiographical nature of Blaine’s material, and the way that he injects emotion into his songs, definitely caused more than a few in attendance to get misty-eyed when “Dance with My Daughter” played, or the touching tribute to his grandparents (who had recently celebrated their 60th wedding anniversary) “They Don’t Make Em Like That Anymore”. Toward the end of that tribute, Blaine explained that his grandpa passed away last year, and then asked the crowd to hoist their iPhone lights high, filmed the glowing arena, and explained that this was a career-defining moment that he would carry with him long after this show wrapped up. This was a great way to kick off a highly-anticipated night of country music. 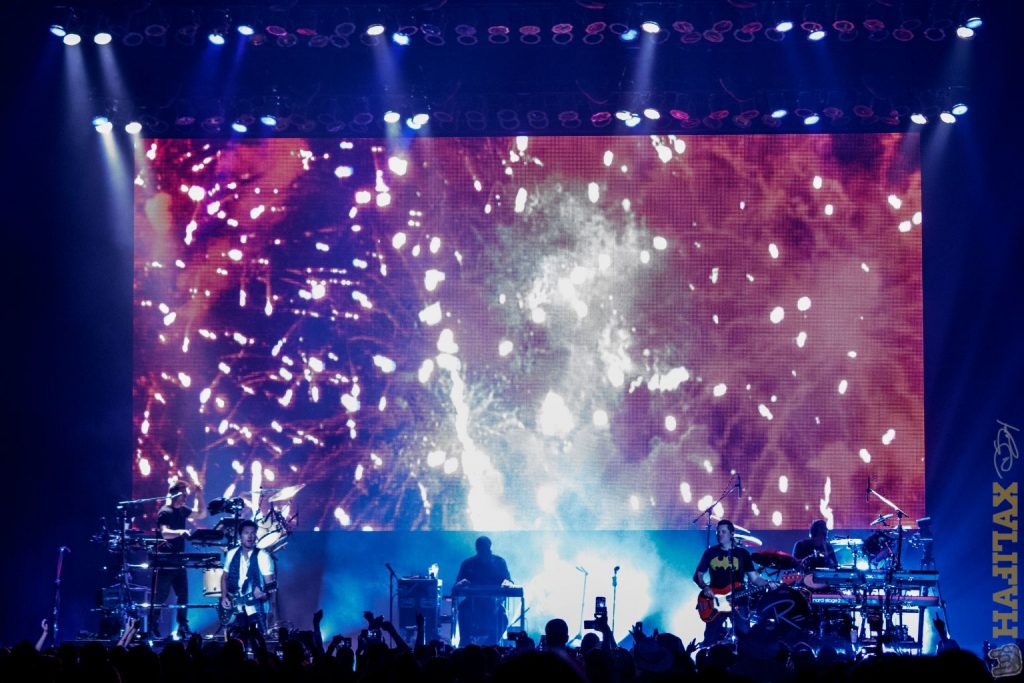 In the twenty years since Garth’s Halifax visit, the Country Music scene has dramatically changed and splintered off into a handful of sub-genres. It is that Country-Pop movement (that was fundamentally started by Garth and others) that really opened the door for Rascal Flatts and its high octane pop-infused sound. From the moment that the Ohio-based band hit the Halifax stage with “Summer Nights”, you knew that the crowd in attendance was in for a treat. Now, I don’t consider myself a fan of country music per se, but acts such as Rascal Flatts, Garth, Eric Church, Sturgill Simpson and Chris Stapleton manage to find their way onto my fire-pit playlists, and that accessible sound of Rascal Flatts lured me into the area. That’s how I found myself surrounded by the legions of fans of Joe, Jay and Gary on this Thursday evening.

Now, having grown up in Canada and lived with Can-Con regulations for the majority of my time on this planet, I’ve heard the Tom Cochrane classic “Life is a Highway” a couple of times, so when Rascal Flatts broke this out fairly early into the set, I was happy to hear their take, but it didn’t blow my socks off. It was the tunes such as “Banjo”, the closer “Me and My Gang”, and “I Like the Sound of That” that got the crowd up and moving, and really triggered my beer tooth. The set list was constructed with some great beer-drinking tunes, and put the room into a great mood. The fact that these Ohio lads appeared to be having as great a night playing for the crowd, as those in attendance did listening to the music, it was definitely an evening of mutual admiration. 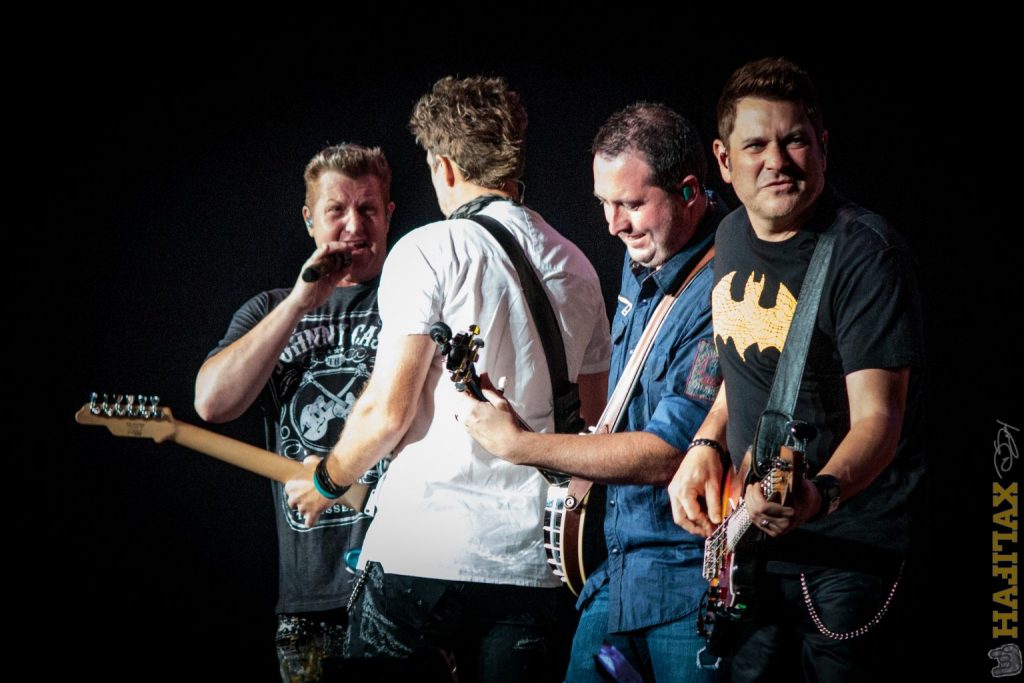 A third of the way into their set, Rascal Flatts decided to have a little fun with the crowd as they started into the Peanuts theme song, which morphed into the opening of Journey’s “Don’t Stop Believin’”. The crowd exploded with excitement with the opening notes, which were cut short for the band to feign hurt feelings that the crowd popped louder for that classic tune than they had for any of Rascal Flatts’ material thus far. The self-deprecation the band showed was quite funny, as they explained that they have all been married for quite some time, and they get enough fake-screams at home. The banter throughout the show was fun and engaging, and the band even announced that Canada had earned another gold medal in women’s wrestling, which the crowd was quite pleased with.

All in all, for a band that has had the longevity that Rascal Flatts has enjoyed over the past 16 years, they have certainly shown a versatility with their live performance, and an ability to breathe new life into some of their older hits such as “Bless the Broken Road”, which has clearly been modernized since its release a decade ago. The impact and longevity of the band’s work was never more apparent than when the crowd got just as fired up for the older material “Here’s to You” and “Love You Out Loud”, as they were for the newer work such as “Rewind” and “I Like the Sound of That”. As the set was winding down, Gary LeVox waded out to the side of the crowd (and was immediately swarmed by fans) to serenade the crowd with “What Hurts the Most”. Being together for 16 years in the music industry is virtually unheard of, but the moment you hear the harmonies produced by this trio, it’s quickly apparent why they have beaten the odds. 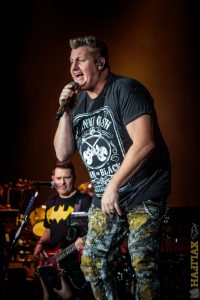 For the majority of folks in attendance, they were really feeling the positive vibe emanating from the stage, but it wouldn’t be a proper show without a Drunkasaurus making an appearance. As I settled into my seat, I was two rows back from one “lady” standing up jawing with her friend, and it appeared to be quite heated (fueled by the suds). After being told to sit down by an older lass (whose view was being obscured) sitting behind them, this continued until the Drunkasaurus drove her friend to storm out and had to be restrained by her concert companions. I thought it was going to come to blows, but luckily things calmed down and the combatants hugged it out and proceeded to enjoy the remainder of the set. I have to say that as entertaining as the showdown was, I was perplexed to see the Drunkasaurus drive by on a rickshaw as I sat in traffic on the 5th floor of the parkade.

Aside from the Drunkasaurus sighting, the night was loaded with the hits of Rascal Flatts. While I wasn’t quite as versed in the band’s catalogue as I was when Garth visited, I still knew a handful of songs. The band wasn’t touring in support of an album, they were just out on the road, and brought their show to town. The crowd was treated to a stellar performance, and a kick ass opening act. I just hope we get to see Rascal Flatts back in town sooner than later. 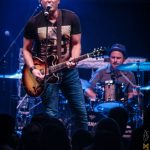 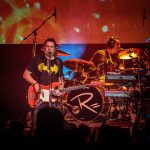 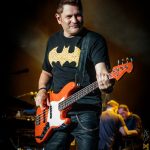 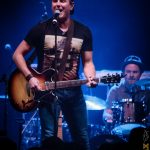 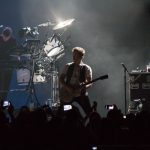 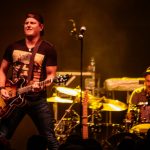 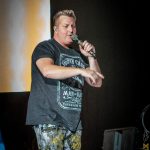 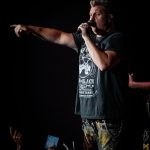 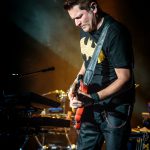 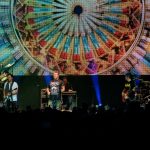 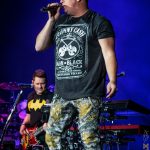 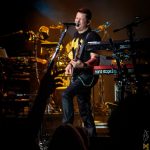