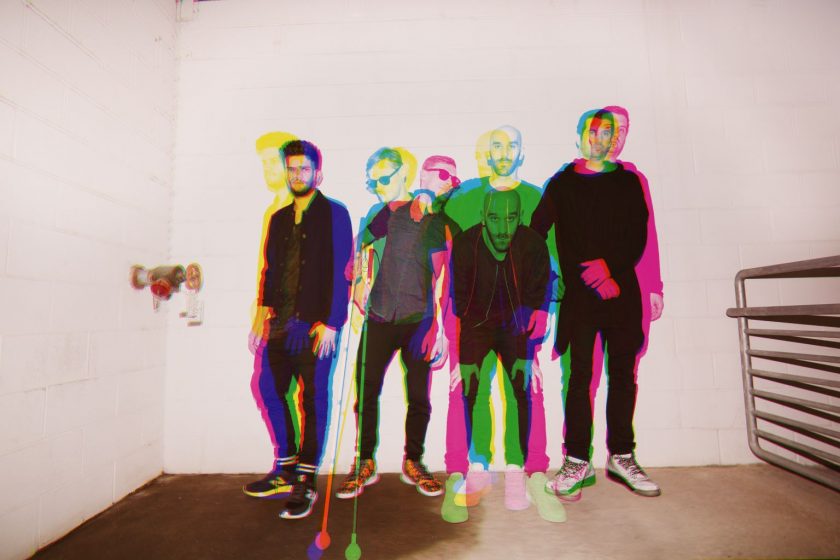 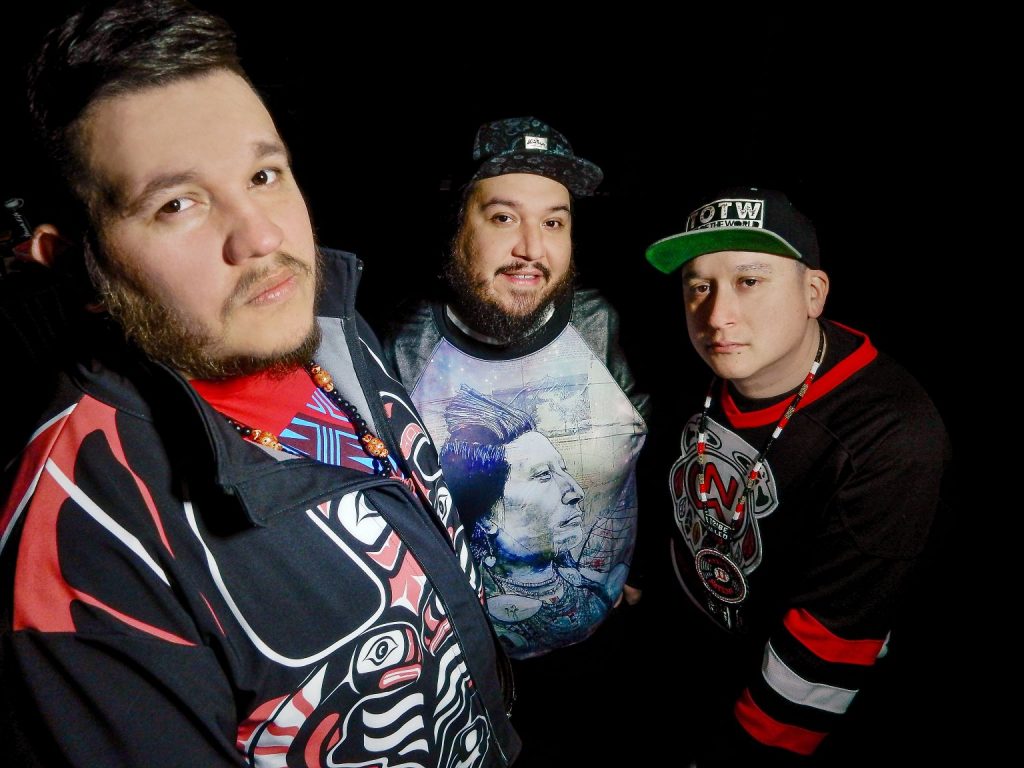 Bursting forth from Canada’s capital, JUNO Award-winning native Producer/DJ crew A Tribe Called Red is producing a truly unique sound that’s impacting the global electronic scene and urban club culture. They will perform at the Marquee Ballroom in Halifax on Friday, Aug. 19.

Since 2010 the group – currently made up of DJ NDN, Bear Witness and 2oolman – has been mixing traditional pow wow vocals and drumming with cutting-edge electronic music. Their self-titled album, released in March 2012, was long-listed for Canada’s prestigious Polaris Music Prize and included in the Washington Post’s top 10 albums of the year.

In a sense, A Tribe Called Red’s music is the soundtrack to a contemporary evolution of the pow wow: their Electric Pow Wow events in Ottawa showcase native talent and aboriginal culture, alongside an open, wild party. Within a couple of years they’ve become the face of an urban Native youth renaissance, championing their heritage and speaking out on aboriginal issues, while being on top of popular music, fashion and art. Bear Witness doubles as the crew’s visual artist and creates stunning, political and sometimes humorous videos that incorporate film and pop culture references to native people and reclaim the aboriginal image.

A Tribe Called Red released their second full-length album, Nation II Nation in Canada and in the USA on Tribal Spirit Music in 2013. The album was nominated on the shortlist of the Polaris Music Prize as one of the 10 best Canadian album of the year, four APCMAs (Aboriginal Peoples Choice Music Award) for best group, best producer, best album and best cover art and it won them the 2014 JUNO Award for Breakthrough Group of the Year. They have also collaborated and produced one of the last known Das Racist songs called “Indians From All Directions” as well as the song “A Tribe Called Red” on Angel Haze’s album Dirty Gold.

“There are emotions expressed on this record that I’ve never heard in any other dance music; it’s exciting and fulfilling at the same time.” – exclaim

“There’s a proud strength to this record – a tribe’s manifesto and ownership of its traditional music, presented possessively and in a contemporary way.” – The Globe and Mail

Tickets are $27.99 in advance and $32.99 day of show (including tax and service fee) and will be available at the etixnow kiosks in the Halifax Forum (2901 Windsor Street) and Music Nova Scotia (2169 Gottingen Street) and online at sonicconcerts.com. Additional fees may apply. 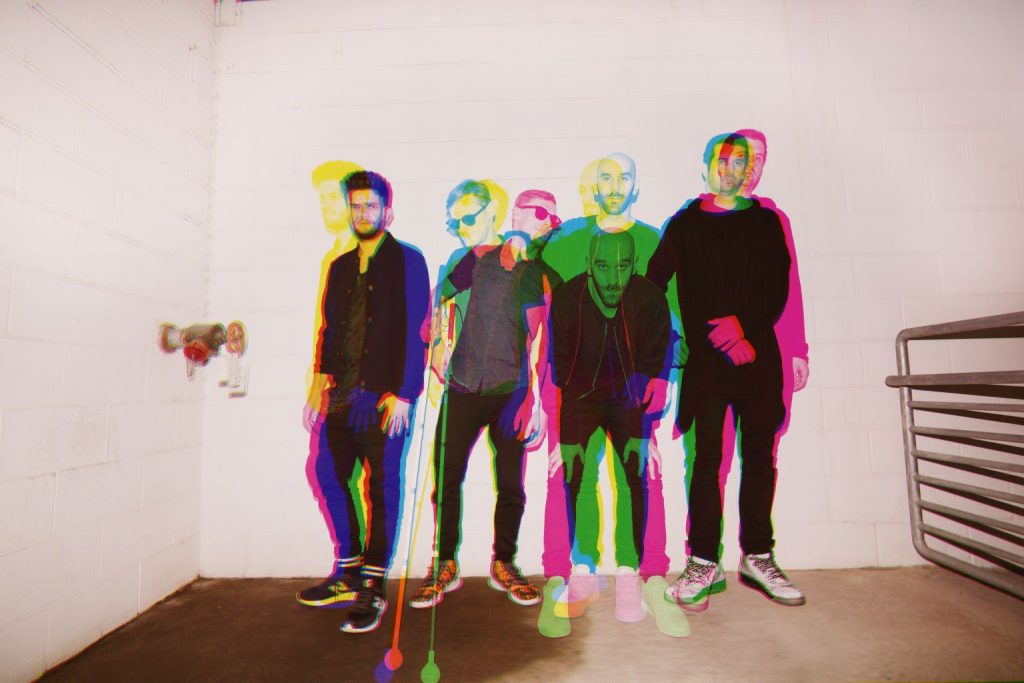 After a busy summer of festival appearances, alternative rock band X Ambassadors bring their VHS 2.0 tour to the Multi-Purpose Centre in Halifax on Thursday, Nov. 17. Special guest is Savoir Adore.

Released in 2015, X Ambassador’s GOLD certified VHS includes the platinum selling single “Renegade” and “Unsteady” and features appearances from Imagine Dragons and Jamie N Commons. The album debuted in the top 10 on the Billboard 200 chart and their song “Jungle” caught Jay Z’s attention who went on to release a remixed version. The band recently released a deluxe, repackaged version, VHS 2.0, which features five additional tracks, as well as, collaborations with Tom Morello (Rage Against The Machine, Audioslave) and A$AP Ferg.

X Ambassadors appear alongside Lil Wayne, Wiz Khalifa, Imagine Dragons with Logic and Ty Dolla $ign in “Sucker For Pain.” The song is featured on the soundtrack for the upcoming summer blockbuster Suicide Squad.  They were previously featured on Eminem’s “Wicked Ways” from the Marshall Mathers LP2 deluxe version.

Tickets are $40.99 in advance and $45.99 day of show (including tax and service fee) and will be available at the etixnow kiosks in the Halifax Forum (2901 Windsor Street) and Music Nova Scotia (2169 Gottingen Street) or online at www.sonicconcerts.com. Additional fees may apply.

This show is restricted to ages 19+ with valid ID. Doors open at 7 p.m. 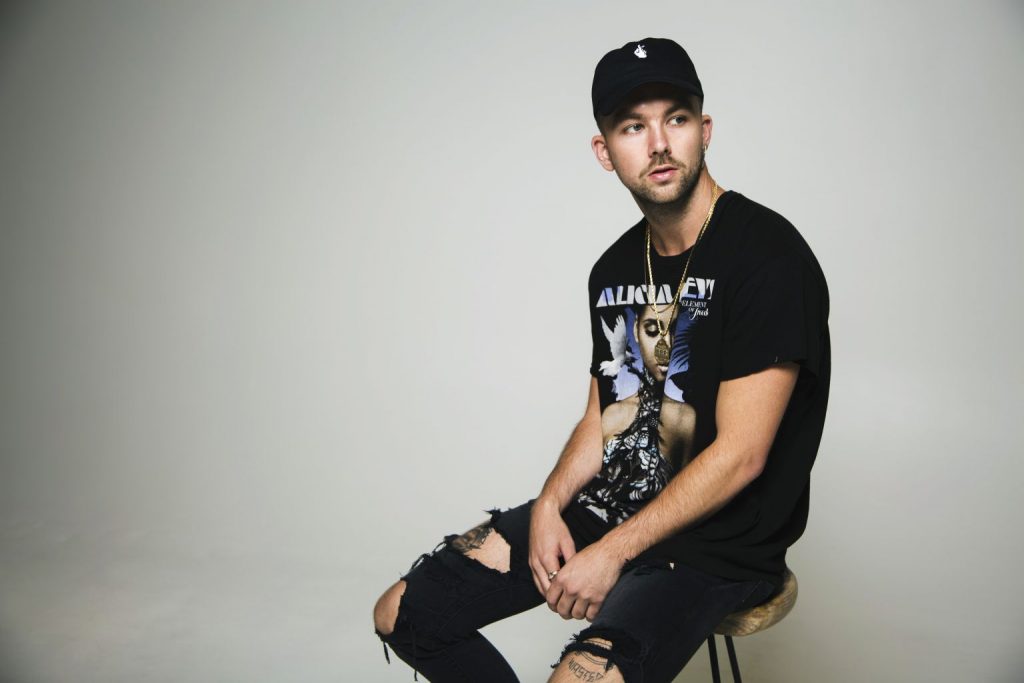 JUNO Award nominated Vancouver hip hop artist SonReal returns to Halifax as part of The No Warm Up Tour at The Seahorse Tavern in Halifax on Wednesday, Sept. 14 at 10 p.m.

“Can I Get A Witness,“ released earlier this year, is SonReal’s first single from his upcoming The Name EP and it quickly racked up over 1 million views on YouTube alone. He has since released the follow up, “SoHo”, and embarked on a sold out US tour with Jon Bellion.

SonReal is a three time JUNO Award nominee and eight time MuchMusic Video Award nominee, taking home the 2014 MuchFACT Video Of The Year award for “Everywhere We Go.” SonReal’s success took shape online when several of his music videos racked up hundreds of thousands of views on YouTube. He was able to maintain buzz around his music with the release of a number of mix tapes, including Where’s Waldo? (2011), Words I Said (2012), and Good News (2012), as well as, a collaborative album The Closers with fellow Canadian rapper/producer Rich Kidd.

Tickets are $22.99 in advance and $27.99 day of show (including tax and service fee) and will be available at the etixnow kiosks in the Halifax Forum (2901 Windsor Street) and Music Nova Scotia (2169 Gottingen Street) or online at www.sonicconcerts.com. This show is restricted to ages 19+ with valid ID. Doors open at 9 p.m. 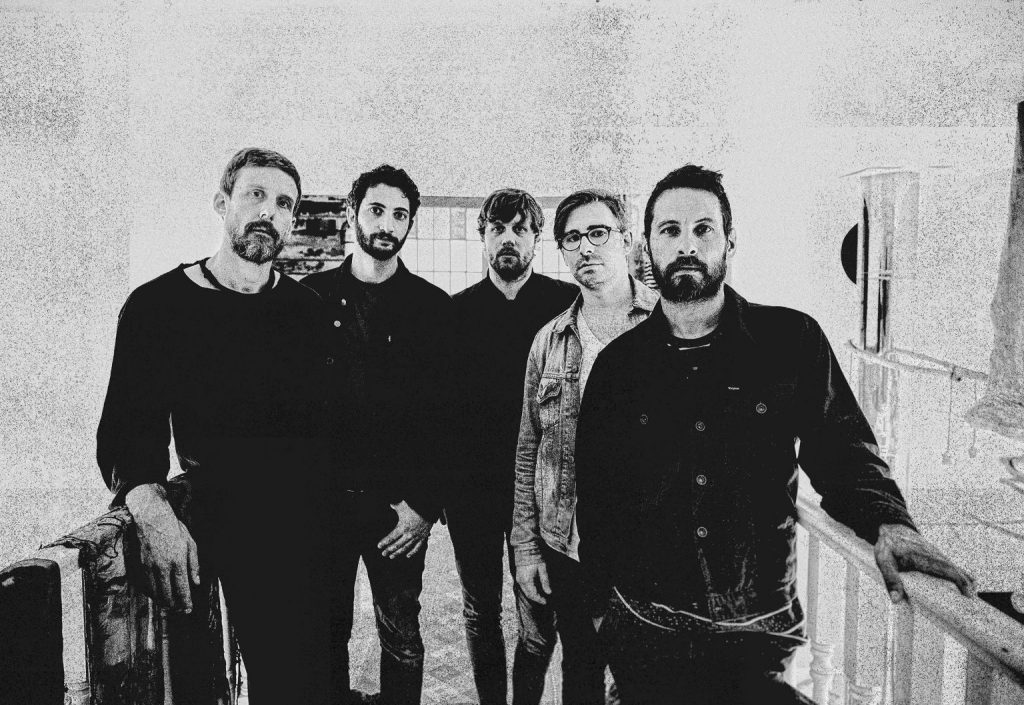 Montreal’s multi-award winning rock band Sam Roberts Band will return to Halifax this fall in support of their upcoming sixth studio album, including the first single “If You Want It” for a performance at the Halifax Forum Multi-Purpose Room on Friday, Nov. 18. Special guest is Adam Baldwin.

Sam Roberts is one of the most distinguished and decorated Canadian artists of the new millennium. Regarded by his first record label as an “uncompromising rock purist,” Roberts recorded and independently released his first EP in 2001.The Inhuman Condition included the breakthrough hits “Brother Down” and “Don’t Walk Away Eileen” and became one of the bestselling independent releases in Canadian music history.

The success of The Inhuman Condition landed Roberts a deal with Universal Music and in 2003 he released his debut album, We Were Born In A Flame. Roberts subsequently won a trio of awards at the 2004 JUNOs for Album of the Year, Rock Album of the Year and Artist of the Year and multiple MuchMusic Video Awards. The 2006 release of Chemical City again garnered additional JUNO Awards. By the end of the decade, Roberts was practically synonymous with Canadian rock. Love at the End of the World, released in 2008, debuted at No. 1 on the Canadian Album Charts and was certified Gold before the end of the year. Sam Roberts Band’s most recent work, 2014’s Lo-Fantasy, is their fifth album from which they have toured across Canada, the United States, and Europe.

Tickets are $39.99 in advance and $44.99 day of show (including tax and service fee) and will be available at the etixnow kiosks in the Halifax Forum (2901 Windsor St) and Music Nova Scotia (2169 Gottingen St) or online at www.sonicconcerts.com. Additional fees may apply. This show is general admission, standing and restricted to ages 19+ with valid ID. Doors open at 7 p.m.