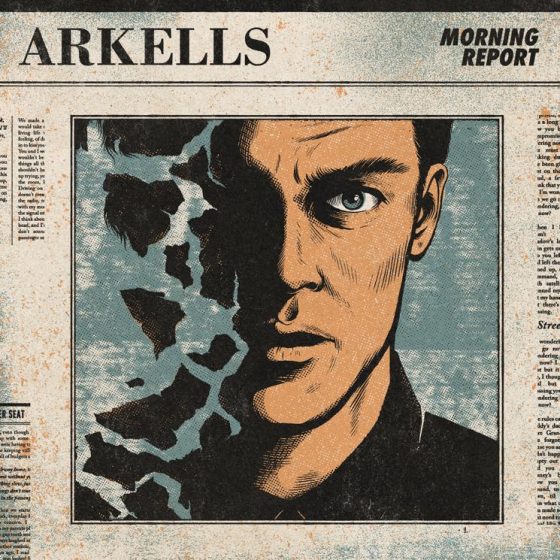 If you’re suffering from Arkells exhaustion, it’s going to be a lot worse before it gets better. The band has just unleashed its fourth full-length album Morning Report on the world. A trio of singles, “Private School”, “A Little Rain (A Song for Pete)” and the most recent “Drake’s Dad”, preceded the record release. All three of which were good, but were by no means the best the album has to offer. Those concerned that “Private School” sounds unlike the typical sound of these Hamilton lads, don’t sweat it. This album finds the sweet spot between High Noon and the far more poppy Michigan Left. If there’s a band that deserves a gospel backing, it’s the Arkells. The opening track (the aforementioned “Drake’s Dad”) adds a gospel flair to the band’s sound, and god damn if it isn’t the Jelly to the band’s Peanut Butter. A great deal of airtime was afforded to singles “11:11”, “Leather Jacket” and “Come to Light”; on Morning Report there are at least 4 other tracks which will be embraced by rock radio, and granted as much (if not more) airplay. The one track that I expect to be their biggest hit to date is “Passenger Seat”.  Its production is rather sparse and subdued compared to all the previous tracks, but it shows an entirely new dimension to the band’s sound. (It could even be their “Daughter” (the Pearl Jam single).) The impressive thing about this record is that it didn’t seem that the band ever left the road after the High Noon tour began. Either this album is some sort of immaculate recording, or it was written and recorded as the Arkells made their way across the country and through the US. This album has found itself in steady rotation on my playlist and, after at least a dozen spins, it has yet to grow stale.  There isn’t a single track that had me reaching for the skip button, but the gems that bear repeated listens are “Passenger Seat”, “Come Back Home”, “Savannah” and “Making Due”.

With their prolific recording schedule, an extensive touring habit and a charismatic stage presence, the Arkells are fast becoming one of the most exciting bands in the country. If the band isn’t willing to let their exuberance fade into exhaustion, then I for one will turn Morning Report on just to let it fuck with my mood. Much like Michigan, Left and High Noon, I will continue to embrace the infectious musicality of the Arkells.