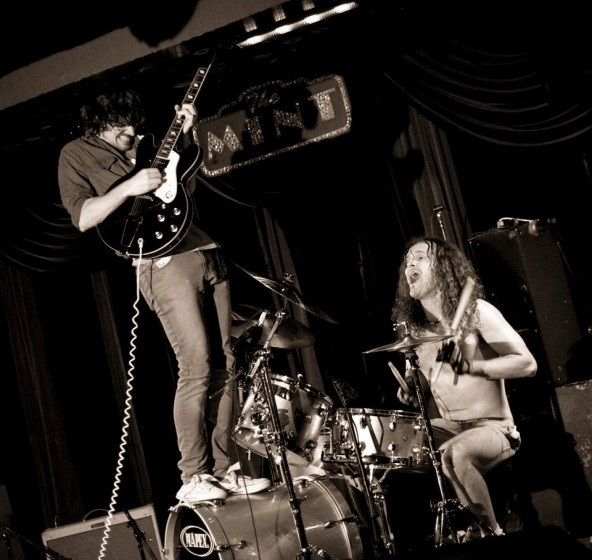 Friday is here once again. Time to put on your dancing shoes, throw up your devil horns, or manicure that perfect afro. Whatever your Friday night brings you, I’ll do my best to give you some tunes to get you where you need to be.

This grungy Aussie seems like she couldn’t care less that she’s making a splash in any music streams. After releasing her latest single through Jack White’s Third Man Records, she has obviously made an impact in the right circles. Her lackadaisical lyrics about whatever she happens to think of, whether its not wanting to go to parties, taking asthma attacks in her garden, or, like in this one, that she’s just going to let you down in most scenarios. She loves feedback, loves making noise, and loves to just do her thing her way.

Country music is back! No, not pop music wearing a straw Corona hat. Outlaw country is back. This particular track is loaded with solos and jams. Lots of horns and piano accompany Sturgill’s powerful voice. This ex-Navy Kentuckian sings about his life. He has stories about his tours with the Navy, the birth of his first son, partying too hard, and his love for his wife. This particular track closes out his most recent album “Sailors Guide to Earth” which also features an amazing countrified version of Nirvana’s “In Bloom” which is also worth checking out.

This Torontonian duo will blow your speakers if you listen to them at the intended volume. Their delta blues rock sound, that is reminiscent of early Black Keys, can fill a room with a wall of sound and make you scratch your head when you find out that there are only two of them. They have been showered with praise over the past couple of years for their energy in live shows, and have moved up in time slots across numerous festivals including Austin City Limits, Bonnaroo, and Lollapalooza. Their most recent album “Don’t Wake the Riot” is chock-full of rock songs that will have your head banging, and rock rolling.

Groovy, psychedelic, dance rock starts to describe this quintet, but there has to be more to it. They play strangely timed, drawn-out jams to coincide with their fun and playful lyrics. Opening for Wilco, playing at Bonnaroo, playing at their home town Austin City Limits, and doing a cover of “Just Checked In (To See What Condition My Condition Was In)” for the TV show Fargo, these Austiners are slowly but surely making a name for themselves. Their jazz influences seep out through interesting drum beats, and dramatic time and tempo changes. This particular jam is the epitome of what Friday night is all about. “So be yourself/Try to have a good time.”

Tell me what you’re listening to on Friday in the comment section!