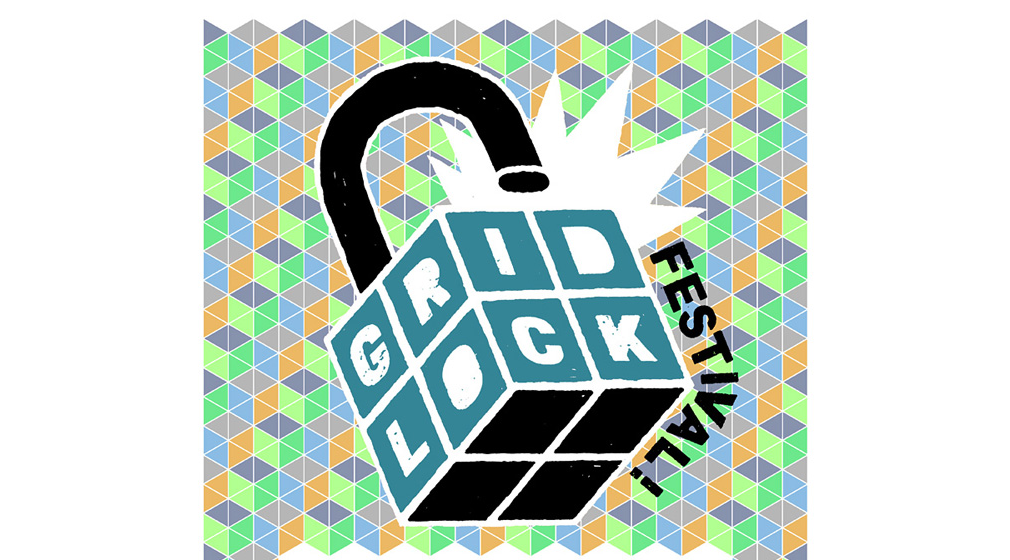 “If you book them, they will come”

And with that Matt McIntyre and Jeremy MacNeil get to now wake up knowing what it feels like to have pulled off the unthinkable: successfully bring together a diverse musical line-up consisting of DJs, indie rock darlings, and local home grown talent, all within the city limits of Halifax.

The first (of what we hope are many more to come) edition of the Gridlock festival touched down upon the Citadel High/Spatz Theatre grounds with little more than a hope and a dream that, if lucky, it may find the grounds loaded with fans and music lovers alike. Maybe with a simple twist of fate, the little festival that could would be able to defy all odds and garner interest among the masses within the HRM. From my past experience with festivals in Halifax, I would say that you’d have a better chance of getting all of the lads from American Football back together with the hopes that they might tour their long lost (and only), eponymous album American Football, than to have an indie rock festival succeed within the city limits. Needless to say, I would have been incorrect.

From the very first chord stuck on day 1, until the last cymbal chimed out Sunday evening, those in attendance throughout the weekend bore witness to what Matt and Jeremy already knew; this was one hell of a ride. For those of you who did not partake in the weekend’s festivities, I won’t hold it against you. I’m sure that you all had extremely good reasons as into why you were unable to attend this scintillating event; but to help explain what it was exactly that you missed, I’ve gone ahead and prepared a winners and losers list of the inaugural Gridlock festival. 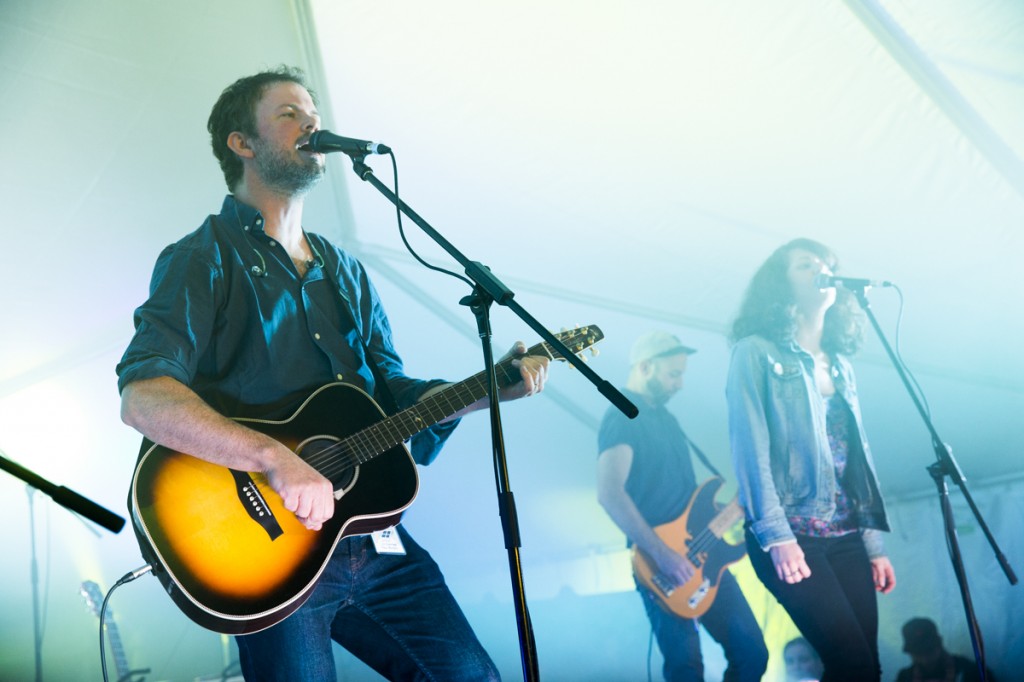 Wintersleep, Beach Slang, American Football, DIIV, Wolf Parade, The Rural Alberta Advantage.  To be honest not one of these acts failed to deliver. Each brought their own aura and style to the stage which resulted in six completely different sets.  It was refreshing to find myself at a festival which didn’t back itself into a corner by creating one constant theme from one day to the next. 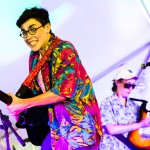 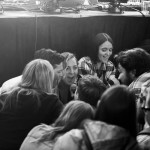 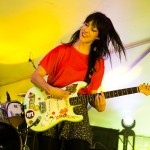 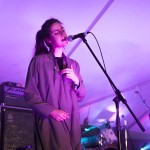 Kim Harris (Kim Harris), Babette Hayward (Vogue Dots), Tara Thorne (Dance Movie), Lucy Niles & Josee Caron (Partner), Allie Hanlon (Peach Kelli Pop), Robin Hatch (Rural Alberta Advantage), Elizabeth Boland (Lowell) and too many others to name.  The reason I point these ladies out is because of how amazing their performances were. Much like the headliners, the women of this festival were all uniquely diverse and talented. It was a great pleasure to see so many powerful women tear the roof off of the festival.

The layout of the site itself was well-plotted. There never appeared to be a lineup too long, at the concession stands, yet they were always busy. Navigation from the festival’s tent to the merch area (located just outside of the Spatz Theatre) was quick and easy, and was very much appreciated once the rain began to fall. And the site itself was located within a 5-10 minute walk away from the downtown core, making it easy to continue on with the evening’s festivities for those who were so inclined. 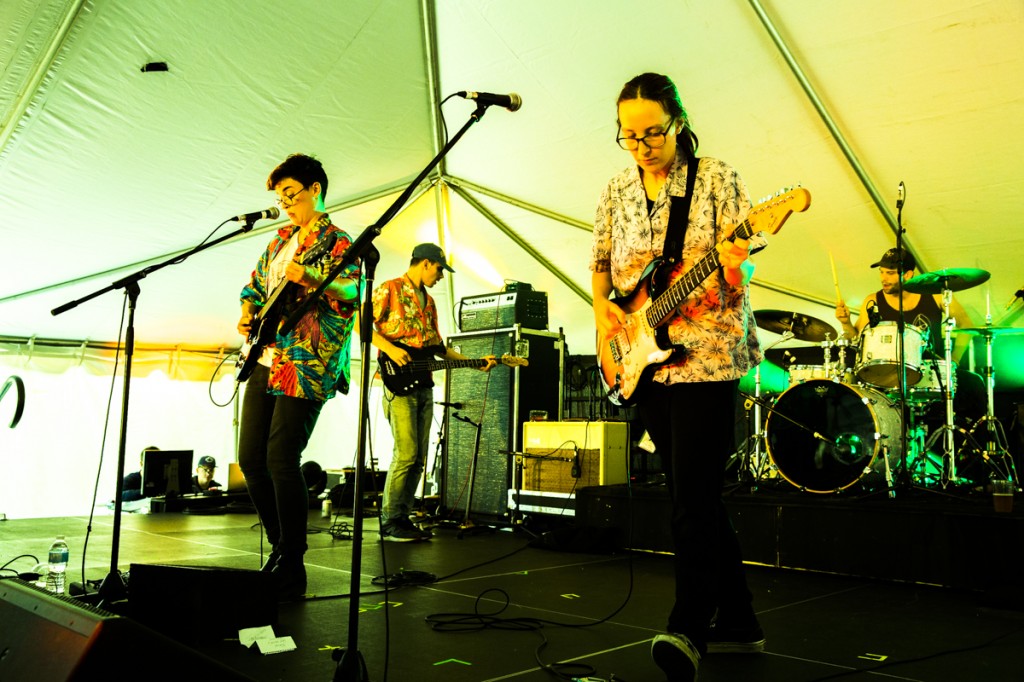 Hitting the stage in matching Hawaiian shirts, it would be easy to discredit this act as nothing more than a shtick, however upon the first strike of a chord it took no time to tell that this New Brunswick troupe had heaps of talent. Lead singer/guitarist Josee Caron has a natural ability to control the entire musical landscape all around her.  Whether it was cracking jokes about getting stoned or how she resembled a certain Nova Scotia starlet, her ease on stage was second to only James Alex of Beach Slang.  With a sound reminiscent of early Weezer and a humour akin to early Blink 182, Partner are positioned to become one of the next big things to come from the East Coast. 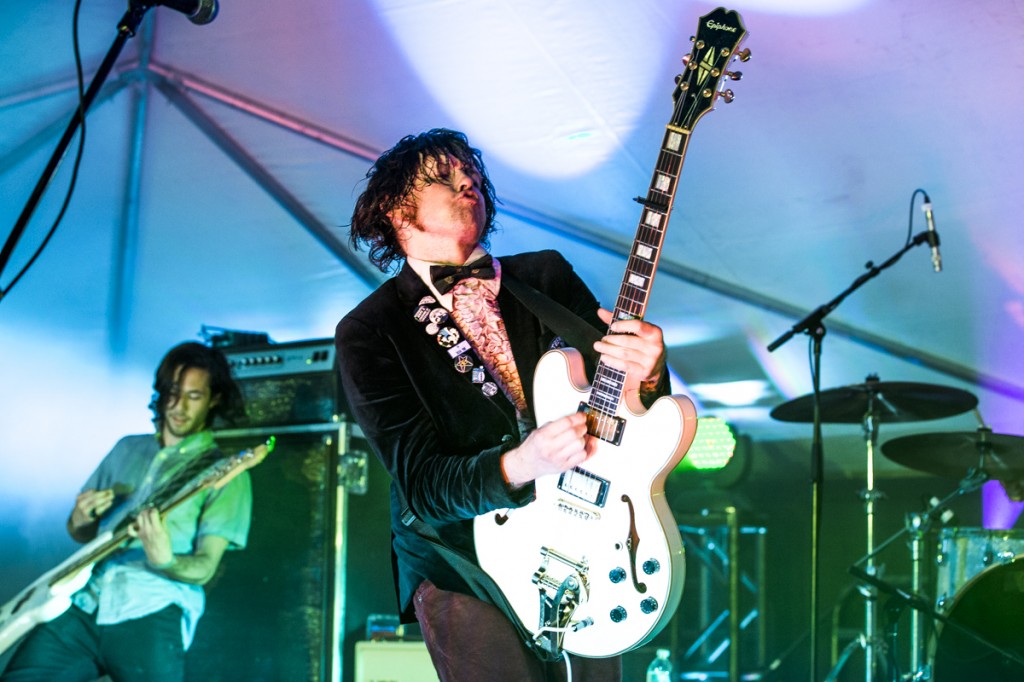 From time to time I’ll try to walk into a show with no knowledge of the band that is playing. Sometimes it’s the right decision and you end up becoming a fan. Sometimes it doesn’t work out how you would have hoped, and you find yourself heading for the gates 20 minutes into the night.  And sometimes you find yourself in the middle of a set so special that it instantly becomes unforgettable. This is the category where the Beach Slang set falls. The foursome was a perfect example of what a punk band should be: brash and chaotic while maintaining a truthfulness to themselves and the fans. Lead vocalist James Alex was a perfect punk/rock front man, jumping around on stage while taking time to unabashedly play give and take with the energy and love coming from the crowd. He took time to sign a fan’s LP, invited two random fans on stage to perform a song of their choosing (they ecstatically busted into a cover of the Replacements hit “Can’t Hardly Wait”), and politely declared that he was drunk. From the moment that they took to the stage everyone in attendance realized that this would be a good set, but no one could have foreseen it becoming a moment in time. Bravo, Beach Slang.

I know that it’s completely uncontrollable and this is something that you roll the dice with at every outdoor festival, but let’s be honest….the weather was horrible. It was cold, grey and rainy. Thankfully the rain didn’t hit until Sunday, but it didn’t help with the potential walk-up crowd or with the warmth, or lack thereof.  Again I know you cannot control this, but it did suck.

You never want to be one of the bands that opens the day of a festival. The first few acts usually find themselves playing for the promoters, photographers, vendors and a handful of fans that made the right decision to attend the festival from start to finish. It’s never an easy thing to play for a small amount of people in an area that can hold a large number. It can be extremely tough to step up and put on a great set, knowing that you’re playing for next to no one.  And this is not a shot against the openers for each day. In fact, I caught all of the openers and have to say that they were all better than some other artists that followed them. For that I stand up and applaud you, Dance Movie, Beauts and Kim Harris. Bravo!

Anyone who missed Saturday

That’s right.  I’m calling all of you out.  From start to finish the lineup that was put together for Saturday was an all time great. Beauts kicked the day off with their fuzzed out/indie rock sound. I still don’t know what Jon McKiel was doing but it was glorious, experimental and mind-altering. Partner won the award for the band who wasn’t a headliner that you have to see at all costs. Peach Kelli Pop brought their garage/power-pop sound to the tent and in less than 3 minutes per song blew you away. Solids were dark, intense and mesmerizing. Lowell turned the lights back on with her electro-pop sound and had the crowd longing for more. Beach Slang were god damn amazing. That is all. The Rural Alberta Advantage have as much pure and raw energy as any other artist currently touring. It’s hard to believe how big they sound when you consider that Nils Edenloff (the lead singer/guitarist) only plays an acoustic guitar. American Football were precise, melodic and soothing yet never boring. They grabbed hold of the crowd and never let go. It was so spectacular and hypnotizing that I saw people actually moved to tears.

All in all, this festival was a roaring success. It wasn’t your typical top 40-type festival, and it wasn’t so indie that it turned people off from attending. Matt and Jeremy should be commended for putting together one of the best festivals that you could compare to a mix tape, and that this city has ever been a part of. Here’s hoping year two will be just as great. 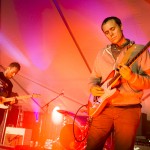 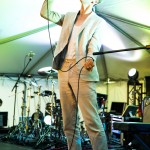 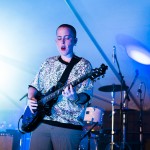 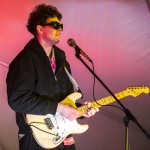 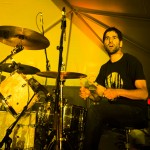 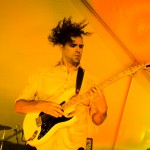 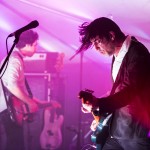 (all photos credited to Justin Roy)