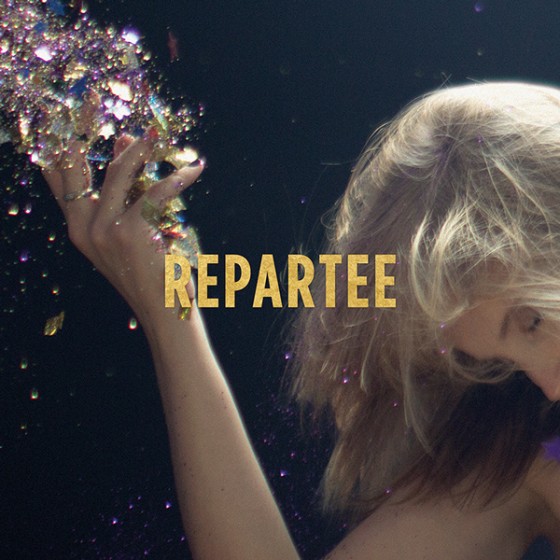 Writing and blogging about music is something I have done for the better part of two decades; there has been a vast array of music that is inherently disposable and I’ll rarely (if ever) return to. That is not the case with Newfoundland’s Repartee, a band I first had the pleasure of catching at the very intimate and cozy stage of The Bus Stop Theatre, at the Halifax Pop Explosion on Oct 24, 2013. Since that first encounter, I have been lucky enough to see the band open for Joel Plaskett at the spacious Olympic Hall, at the Seahorse to close out the 2015 Halifax Pop Explosion, and most recently at the Carleton to celebrate their 2016 release All Lit Up.

It may have been Meg’s glittery makeup from that first show that my brain associated the band’s front-woman with the titular singer from the ’80s iconic cartoon Jem and the Holograms; however, All Lit Up is awash in a similar shimmery synth-pop sound that makes no attempt to dissuade that association in my head. While it may be “Dukes” that is storming the airwaves at the moment, and staking its claim as the song of summer of ’16, it brought me to the promo video for the album release date, and the song that played over it (the title track”All Lit Up”) was the one that truly caught my ear. It just had a vibrant electricity that would lodge itself in your head and not let go. From the synth pop backing of Robbie Brett (guitar), Nick Coultas-Clarke (drums) and Josh Banfield (keyboards), to Meg Warren’s vocal delivery, which walks this fine line between sweetly intoxicating, and gratingly saccharine and vapid. Warren’s voice carries with it this darker, edgier underpinning that manages to temper the sweetness and makes it inherently listenable. From the first listen, it could be somewhat easy to dismiss this band, which hails from Newfoundland and splits time between the Rock and Toronto, as just another pop band, but “Nice Girls” carries a weight not typically found in synth-pop tunes. The song is more about female empowerment, and dispelling the 1950s housewife paradigm, and not being afraid to stand up for oneself and fighting for what you believe in. That’s not to say that you can’t fire up a party with this album, because tracks such as “Electric Every Day” and “Fall Apart” will certainly get the crowd up and moving. The great thing about All Lit Up is that while it is comprised of new and re-worked material, there isn’t a single track that will have you reaching for the next button, and the relatively scant 8 track playlist holds up handsomely to repeated listens. This is one of the best pop albums to be released this year, and deserves your attention, as it will undoubtedly be appearing on a few ‘Best Of 2016″ lists at the end of the year.