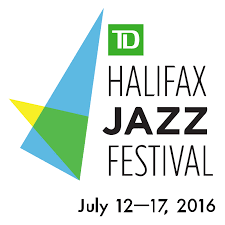 Halifax jazz ensemble, The New Bridge won last year’s award. The band has had a great year since then, telling us, “winning the Stingray Rising Star award at the Halifax Jazz Festival was a huge boost for The New Bridge. It really energized the band. All of a sudden we leapt to a new level: it was a vote of confidence in our music, and it gave us resources with which to make all our next moves. It has been a big deal!”

“As a Canadian company and member of the music community, Stingray Music is committed to promoting local talent. We are thrilled to be renewing our support of the TD Halifax Jazz Festival, an event where every year we discover immense talents,” said Mathieu Péloquin, Senior Vice-President, Marketing and Communications for Stingray. “Since 1998, the Stingray Rising Star program has benefited close to a thousand Canadian musicians in every genre. We are honoured to be part of the journey of so many wonderful artists!”

Drop by the Main Stage (Lower Water Street & Salter Street) every afternoon, July 13-17, to listen to music by shortlisted artists for the 2016 Stingray Rising Stars Program at the TD Halifax Jazz Festival. The shows are free, and this year’s lineup includes:

Tara Kannangara, Wednesday July 13 at 2:30: This British Columbia-born trumpeter has been making waves in the Toronto jazz scene, culminating in a Juno nomination this year for her debut, Some Version of the Truth. A student of both jazz and classical, Kannangara’s performances are lyrical, whimsical, and unpredictable.

Autobahn, Thursday July 14 at 2:30: It makes sense that this Toronto trio would name itself after the German roadway with patches of unrestricted speed limits—AUTOBAHN is into moving at varying paces, all in the pursuit of mind-blowing, horn-based improvisation.

Rachel Therrien, Friday July 15 at 2:30: This trumpeter and composer founded the Montreal Jazz Composers Series, which since 2013 has brought up-and- comers to the ears of that city’s Jazz Festival. Now based in Brooklyn, Therrien continues to push the art form—the “unspoken language of jazz”—wherever she goes.

Through a two-tiered process of peer assessment and online voting, one act will receive $3,000 to jump-start their careers. Online voting takes place at www.music.stingray.com until 6:00 PM Sunday, July 17, 2016. The winner will be announced later that evening at the Main Stage.

Visit the Stingray Music booth at the Main Stage to cast your vote!