While Halifax is currently in the midst of something of a concert drought, the announcements have started to roll through again, with the recent announcement of A Tribe Called Red coming to the Marquee. 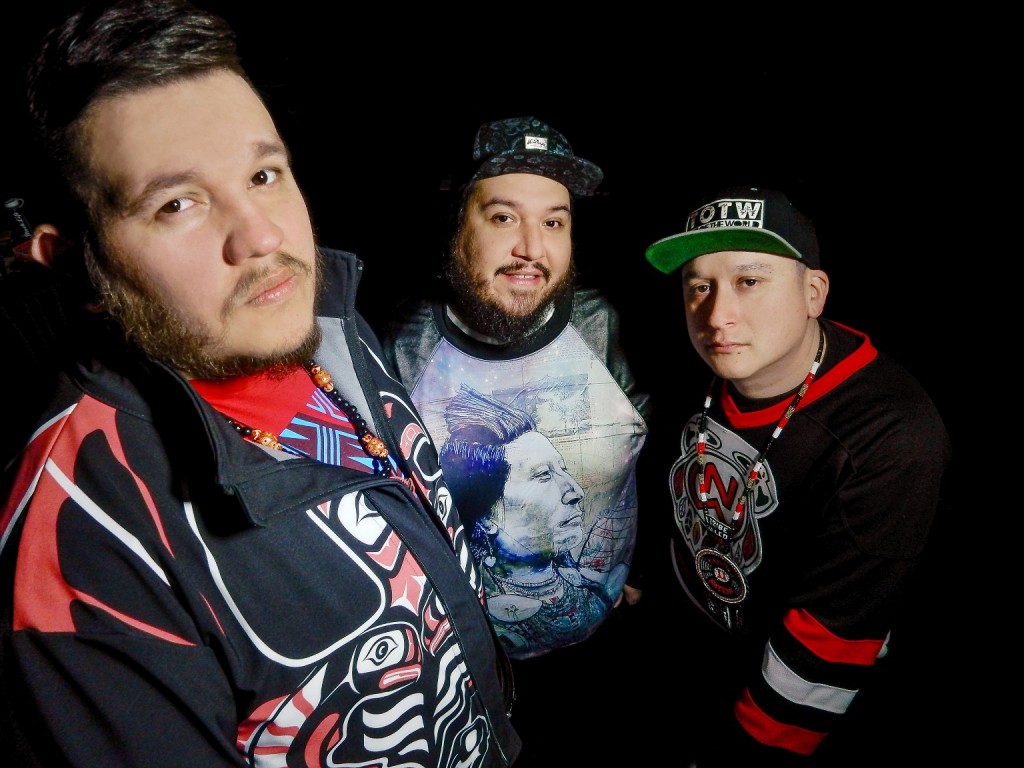 Since 2010 the group – currently made up of DJ NDN, Bear Witness and 2oolman – has been mixing traditional pow wow vocals and drumming with cutting-edge electronic music. Their self-titled album, released in March 2012, was long-listed for Canada’s prestigious Polaris Music Prize and included in the Washington Post’s top 10 albums of the year.
In a sense, A Tribe Called Red’s music is the soundtrack to a contemporary evolution of the pow wow: their Electric Pow Wow events in Ottawa showcase native talent and aboriginal culture, alongside an open, wild party. Within a couple of years they’ve become the face of an urban Native youth renaissance, championing their heritage and speaking out on aboriginal issues, while being on top of popular music, fashion and art. Bear Witness doubles as the crew’s visual artist and creates stunning, political and sometimes humorous videos that incorporate film and pop culture references to native people and reclaim the aboriginal image.

A Tribe Called Red released their second full-length album, Nation II Nation in Canada and in the USA on Tribal Spirit Music in 2013. The album was nominated on the shortlist of the Polaris Music Prize as one of the 10 best Canadian album of the year, four APCMAs (Aboriginal Peoples Choice Music Award) for best group, best producer, best album and best cover art and it won them the 2014 JUNO Award for Breakthrough Group of the Year. They have also collaborated and produced one of the last known Das Racist songs called “Indians From All Directions” as well as the song “A Tribe Called Red” on Angel Haze’s album Dirty Gold.
“There are emotions expressed on this record that I’ve never heard in any other dance music; it’s exciting and fulfilling at the same time.” – exclaim

“There’s a proud strength to this record – a tribe’s manifesto and ownership of its traditional music, presented possessively and in a contemporary way.” – The Globe and Mail

Tickets are $27.99 in advance and $32.99 day of show (including tax and service fee) and will be available at the etixnow kiosks in the Halifax Forum (2901 Windsor Street) and Music Nova Scotia (2169 Gottingen Street) and online at sonicconcerts.com. Additional fees may apply.

HAYDEN’S
EVERYTHING I LONG FOR 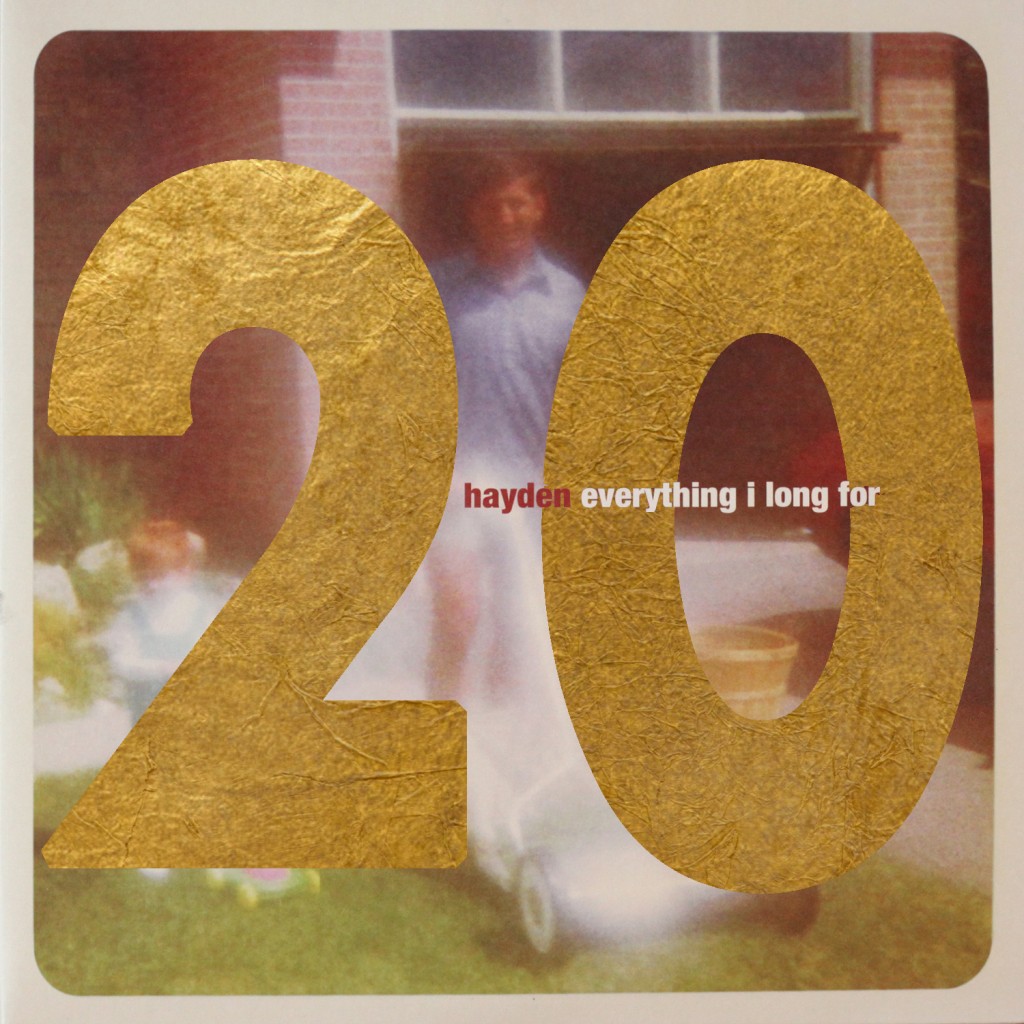 (Halifax, NS) – With an incredible outpouring of support (and demand) from fans across the country, Hayden has announced plans to bring his acclaimed EILF20 solo tour across Canada in September. For the newly announced dates, the album will be made available as a limited edition teal-coloured vinyl, through his own Hardwood Records. Hayden will perform at St. Matthew’s Church in Halifax on Wednesday, Sept. 21 at 8 p.m.

To many, Everything I Long For is a classic record, a coming-of-age debut album (which was recently awarded Gold status in Canada) that kick-started a long, prolific, and storied careerfor one of Canada’s most respected songwriters. On its 20th anniversary, Hayden acknowledged the critical role that Everything I Long For played in not only his life as a musician but in the unexpected life it took among music fans who still celebrate its influence more than two decades later.

“Because making new music is always my priority, and I’m suspicious of nostalgia, looking back twenty years was a reluctant experiment,” Hayden explains. “However, after completing those first shows in April and putting the re-issue together, I realized that not only did I really enjoy doing it but that this era of my music has special significance to a certain group of people. This process has not only been my way of comprehending that impact but it’s been a way for me to say thank you for supporting me for all these years.”

Over the course of more than twenty years, Hayden has written and recorded 8 full-length albums and a series of EP and singles, most of which were self-produced and recorded in his own home studio. An artist biographical timeline can be viewed and downloaded, here.

The EILF20 solo tour kicks off in Halifax, NS on September 21, ending in Victoria, BC on October 5 (full list of dates below). The tour, which Exclaim! rated 9/10, will see Hayden performing much of the album – including material rarely (if never) previously performed live – as well as songs from throughout his extensive and acclaimed recording career. In addition, plans for the annual benefit concert Dream Serenade at Toronto’s Massey Hall, a concert curated and presented by Hayden and his wife Christie Greyerbiehl, in support of Toronto children with developmental disabilities and their families and caregivers, have been announced for October 22, 2016.

Tickets are $32.99 in advance and $37.99 day of show (including tax and service fee) and will be available at the etixnow kiosks in the Halifax Forum (2901 Windsor Street) and Music Nova Scotia (2169 Gottingen Street) and online at www.sonicconcerts.com. Additional fees may apply. This show is general admission seating and open to all ages. Doors open at 7 p.m. 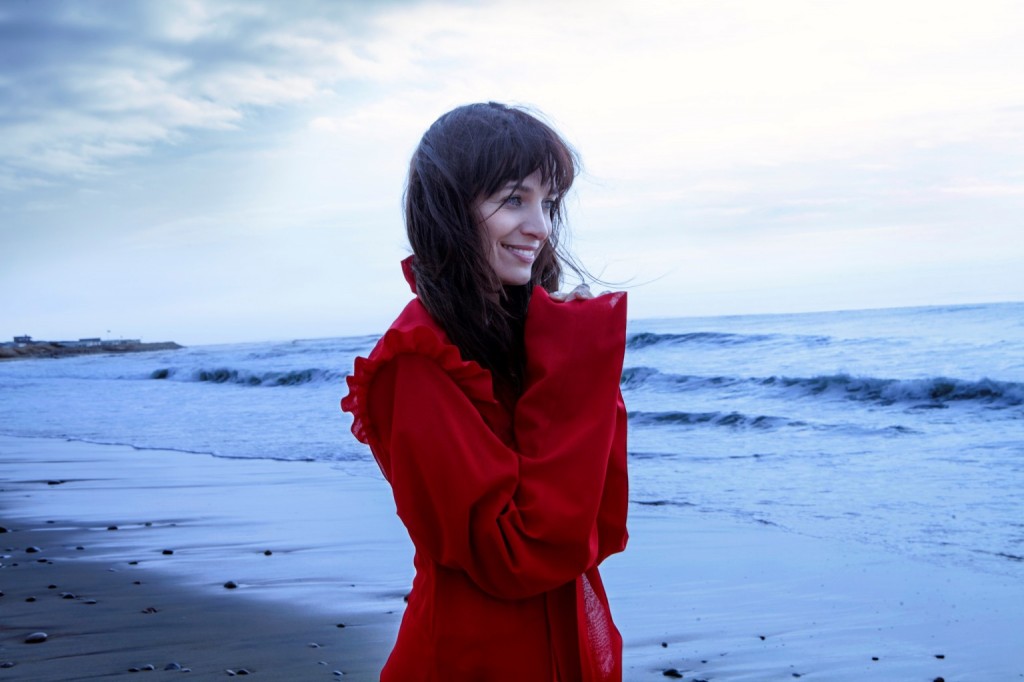 (Halifax, NS) – evenko presents Chantal Kreviazuk as part of her Hard Sail Tour 2016 in the Maritimes, Nov. 21-24. Performances will take place at the Rebecca Cohn Auditorium in Halifax, The Playhouse in Fredericton, the Confederation Centre of the Arts in Charlottetown and the Capitol Theatre in Moncton.

Tickets for Fredericton, Charlottetown and Moncton go on sale this Friday, June 10 at 10 a.m. and tickets for Halifax go on sale the same day at 12 noon.

Kreviazuk returns to the stage in support of her brand new album, Hard Sail, set for release on June 17. This will be her sixth studio release, and her first new album in six years.

Kreviazuk never considered a career in music until suffering a serious motorcycle crash in 1994. During her recovery, the multiple Juno Award-winner began writing what would become her Platinum-selling debut album Under These Rocks and Stones (1997). She has since become one of Canada’s most beloved artists, with a string of distinguished albums and singles, including “God Made Me”, “Surrounded”, “Leaving On A Jet Plane”, “Feels Like Home”, “Before You”, “Invincible”, “All I Can Do” and “In This Life”. Driven to expand her artistry, Kreviazuk has become a highly sought-after songwriter, having penned hits for Pink, Christina Aguilera, Kelly Clarkson, Carrie Underwood, and Drake, among many others.

Throughout her career, she has been nominated for six Juno Awards, winning Best Female Artist (2000) and Best Pop/Adult Album (2000). Despite significant professional achievements, Kreviazuk receives her greatest joy at home raising her three sons with her husband, Raine Maida, frontman for Our Lady Peace. Motherhood has breathed an authenticity into her life that inspires her to achieve new levels of self-discovery.

Kreviazuk and Maida are dedicated supporters of War Child Canada, demonstrating an outstanding commitment to human rights causes. In recognition of this, they received the Allan Slaight Humanitarian Spirit Award in 2014. In addition, in December 2014 the Governor General jointly appointed Raine Maida and Chantal Kreviazuk to the Order of Canada.

For more about Chantal Kreviazuk, visit:chantalkreviazuk.com

A digital download of Kreviazuk’s new album, Hard Sail is included with every ticket sold for each show.

All shows are reserved seating and open to all ages.

SLOAN’S
ONE CHORD TO ANOTHER

(Halifax, NS) – Canadian rock band Sloan returns to Halifax as part of their One Chord to Another 20th Anniversary Tour to perform at the Marquee Ballroom on Friday, Oct. 7 at 9 p.m.

Released on Murderecords in 1996, One Chord To Another is Sloan’s third studio album and includes the singles “The Good In Everyone,“ “Everything You’ve Done Wrong” and “The Lines You Amend.“ The album took home the 1997 JUNO Award for Best Alternative Album and was voted the ninth greatest Canadian album of all time by Chart Magazine in 2000.

The band will perform two sets – the album in its entirety, as well as, a set of “hits and fan favourites.” Sloan re-issued the album this year as part of the One Chord To Another deluxe vinyl box set. For more information, visit: http://bit.ly/1UCYNdN or www.sloanmusic.com.

Tickets are $27.99 in advance and $32.99 day of show (including tax and service fee) and will be available at the etixnow kiosks in the Halifax Forum (2901 Windsor St) and Music Nova Scotia (2169 Gottingen St) and online at www.sonicconcerts.com. Additional fees may apply. This show is restricted to ages 19+ with valid ID. Doors open at 8 p.m.

(Halifax, NS) – Stage Entertainment and Twentieth Century Fox Consumer Products have announced that Ice Age on Ice will tour 20 cities across Canada, including the Moncton Coliseum in Moncton for three shows, Nov. 28 to Nov. 30 and the Scotiabank Centre in Halifax, Dec. 2 to Dec. 4. Based on the incredibly popular Ice Age movie franchise, the all-new story and live show will bring an avalanche of adventure to audiences everywhere. Ice Age on Ice features the coolest crew on the planet including Sid, Scrat, Manny, Ellie and Diego.

Presale begins June 6. General public on sale for both Moncton and Halifax is Friday, June 10 at 10 a.m.
Tickets for the Moncton shows range in price from $26.75 – $81.75 (including tax and applicable surcharge). Tickets will be available at the Moncton Coliseum Box Office, by calling 1-888-720-5600 and online at tickets.moncton.ca and evenko.ca.

Tickets for the Halifax shows range in price from $28.00 – $84.00 (including tax and applicable surcharge). Tickets will be available at the Ticket Atlantic Box Office at the Scotiabank Centre, at participating Atlantic Superstore outlets, by calling (902) 451-1221 / 1-877-451-1221 and online at ticketatlantic.com and evenko.ca

Ice Age on Ice features stars from the whole herd including Scrat, the beloved pre-historic squirrel who gets the wake up call of his life when he buries his prized acorn in a once-dormant volcano that rumbles back to life. With an eruption threatening our sub-zero heroes’ home, they must find a way to stop a tidal wave of lava and save our gang from certain extinction.

Greg Lombardo, SVP of Global Live and Location Based Entertainment, 20th Century Fox Consumer Products added: “All of the hallmarks of the Ice Age franchise – compelling adventures, highly adored characters, and that distinct humor enjoyed by all ages – will now be presented live in its most natural environment – on ice. We are thrilled that families across Canada will be the first to enjoy this all-new production premiering in August.”

The ice show tour comes on the heels of the brand new feature film ICE AGE: COLLISION COURSE set for release in the U.S. and Canada on July 22.