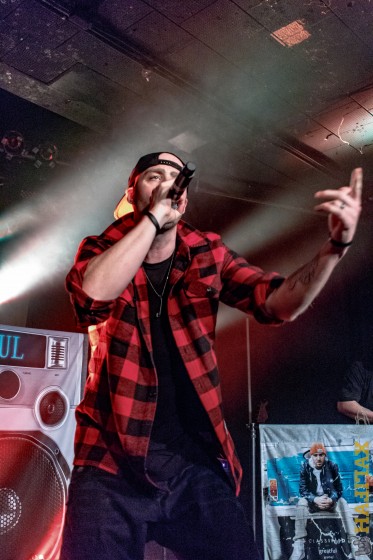 Seriously, where does time go? It seems like we were just here, but I’m not going to complain, we made it to Friday on this fast-moving week that felt fairly long. However, as our reward, a slew of new music was released from some major names this week (and no, I’m not making reference to the Lemonade saga that Beyoncé unleashed last week). Radiohead is gearing up to let their latest release loose, the Hip has dropped the second single from their impending album, not to mention new Chili Peppers, Tegan & Sarah, Arkells and Justin Timberlake (which we’ll talk about in a bit). Some interesting tunes have come through via the mailbag too, so let’s get this show on the move, shall we?

Fight this one as you might, but it will be everywhere, and I mean everywhere. It may not be officially tied to the forthcoming Trolls movie (yet?) but the video features the voicecast, and any time you can include both Anna Kendrick and Ron Funches, you’ve got my attention. From the first few spins, this has all of the earmarks of a traditional Song of the Summer, but let’s just hope this one doesn’t reach the insta-nausea level of Pharrell’s “Happy”.

Rumoured to be dropping their yet-to-be-named album this Sunday, Radiohead has released a second single from the album entitled “Daydreaming”, and for fans of The Bends and Ok Computer this track should strike a chord. It’s airy, atmospheric and actually feels far more organic than those classic records. I love the way the band has tied in the soundscape to the visual presentation with its Inception-inspired aesthetic.

While it feels like just yesterday that the Chili Peppers released their acclaimed Californication, it was the better part of two decades ago. The band has always had a knack for releasing catchy, party-starting earworms, but on “Dark Necessities” there’s something different happening. I think this might be one of the first times that it feels like Flea is driving the track, not only with his legendary bass work, but it also adds a definite jazz flare to the track. This feels like a toned down RHCP, and it’s not something I’m complaining about, it’s a track that is on par with the modern Chili Peppers sound.

The magic that these two East Coast musicians create together is undeniable, but their latest collaboration speaks loudly to a nation who are helping our family and friends affected by the tragedy unfolding in Northern Alberta (Fort McMurray). To do their part Luke “Classified” Boyd and David Myles are donating all proceeds from the sale of this song to the Red Cross to help support the relief efforts for those affected by the Wildfires.  Once you check out the video, please head over to iTunes or Google Music, and buy a copy of the song, and let’s help all of those friends and family members who “Work Away” get back on their feet, so they can start rebuilding their communities.

5.  “Let’s Work It Out” – Roxy and the Underground Soul Sound

Last Summer, I had the pleasure of seeing the radiant Ms. Sharon Jones and the Dap Kings take the main stage during the TD Halifax Jazz Fest, and she proceeded to blow the crowd away with her energy and amazing soulful voice. She shimmied and shook across the entire stage, but that was the first revelation; and the other was when Roxy Mercier hit the stage during the Chronos Band’s set. She had a similar energy, but when she opened her mouth, the power and soul that poured out was staggering. It is absolutely definitive on the latest track from this local 8-piece soul-funk outfit, as Mercier’s vocals remind me a lot of Jones’ during her Halifax visit, but there are also moments where you can hear early Aretha in her vocal delivery. If you are a fan of that vintage soul sound, then this is definitely something you should check out. Roxy and the USS are a force to be reckoned with.

This is one of the tracks that came to us through our email mailbag, and it’s a great tune. There’s this sun-drenched electro-pop atmospheric vibe as it drifts by effortlessly.  I could easily imagine this tune providing the underpinings for a melodramatic scene on a show such as the 90s classics Dawson’s Creek and/or the OC.  It’s just a tune that is easy on your ears and will just lull you to sleep in its haze of electro-chill.

I hope you enjoyed this week’s installment of The Friday Night Soundtrack – if you come across something new and exciting that you think we should hear, then definitely by all means reach out and shoot us an email and point us in the right direction.  Thanks again and have a great week!