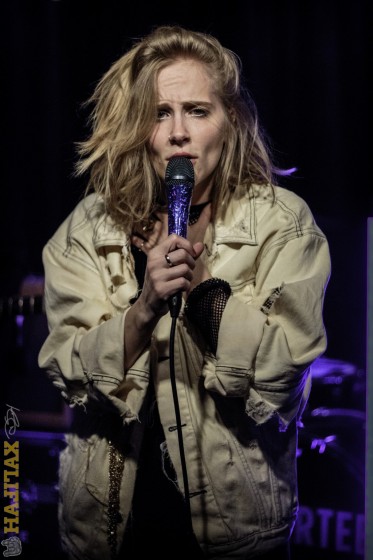 Newfoundland electro-pop outfit Repartee are one of the most exciting acts to emerge from the East Coast in recent years. My initial encounter with Repartee took place at the 2013 Halifax Pop Explosion at the intimate Bus Stop Theatre stage, where the band’s electro-pop sound was taking shape. It was a modern take on the energetic 80s pop sound, infusing a distinct dance party vibe with folky tones underpinning the proceedings. It was shortly before the band announced their plans to hit the road in support of their forthcoming record All Lit Up that they released their confidently infectious lead single “Dukes” to national radio; it was a track that piqued my interest, but it was the title track of the album that played during the announcement video for All Lit Up that truly made my ears perk up. It was at that moment that I circled the May 3rd date on the calendar, as I had a feeling the rest of the country was on the verge of stealing this East Coast treasure away for their own.  This is in large part to the beefed-up electro-pop sound that will undoubtedly garner the band an entirely new legion of fans across the country. This is an album that should be adored by the fan-bases of both Taylor Swift and Carly Ray Jepsen, in addition to those of Repartee’s early work, so this show at the Carleton had the markings of being one of the last chances to see the band in an intimate venue such as this. There was a healthy Tuesday night crowd building at the Carleton when I arrived, and not long after I grabbed a seat (and a beer) Arsoniste (aka Rachel Sunter) took the stage. Her brand of cool atmospheric electronic fare is what I would consider to be the epitome of a Carleton ‘sound’;  it’s exactly the type of music I picture filling that space on a typical evening. In researching Arsoniste’s sound, I was rather underwhelmed as I found the album experience didn’t provide the nuance of the live performance, which is where I discovered an appreciation for the soundscapes which were being created, as they were able to breathe and grow. The dynamic range of Sunter’s material served as a great way to whet the crowd’s palette in preparation for Repartee’s set. There was a short break in the proceedings while the changeover took place, but before you knew it, Repartee (Meg Warren, Josh Banfield, Robbie Brett, and Nick Coultas-Clarke) hit the stage. Ms. Warren invited those in attendance to help populate the spacious dance floor for a Tuesday night dance party and proceeded to launch into the band’s new material. Having spent the weekend digesting the new album, I was interested to see how the new and updated tunes translate over to the live environment.  A definite cheer went up when the band fired up “Dukes”, but while the track serves as a great lead-single and is a great crowd-pleaser, it’s not the strongest or most interesting track on the album (or performed live). Personally the gems of the set were “Carelessly, Carelessly” and “Electric Every Day” (my personal favourite on the record), and the undeniably catchy title track “All Lit Up”. The material played well to a engaged crowd in a smaller venue, but I expect that the material will scale up for larger rooms quite well.

This was the 4th night on a 26 date Cross-Canada tour, and the band’s experience clearly showed as they were polished and on point for the entire evening. Repartee showcased their infectious electro-pop album, and the material had those in attendance moving and will be squarely in the wheelhouse of fans of both Ms. Swift and Ms. Jepsen. While it was nice to see the band enjoy success in the smaller rooms such as the Bus Stop Theatre, The Seahorse and the Carleton, it’s going to be fun to see what they can do once the country embraces their infectious electro-pop sound. It was a fantastic way to spend a Tuesday evening; both Arsoniste and Repartee put on great sets and I can’t wait to see them again. (Just thinking out-loud, but it would be great to see Repartee on the Canada Day or Natal Day bills). 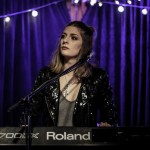 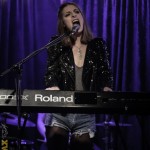 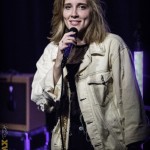 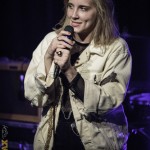 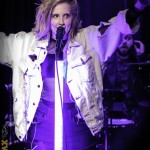 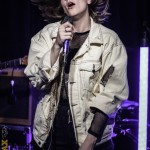 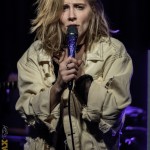 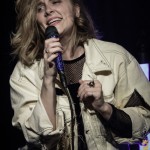 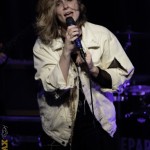 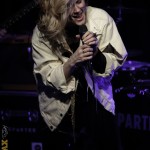 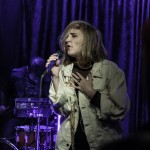 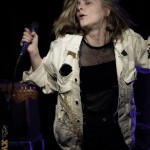