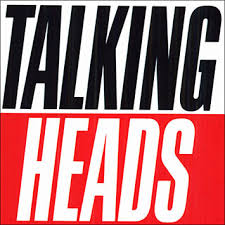 With the winter rust finally shaking itself clear it felt like the correct time to also shake off the blogger’s rust that has, more or less, taken over my entire being.  With the last few slumping months in the past it’s time to look ahead and get the fingers going once more.  One would assume that taking a brief, four month hiatus from blogging would result in a slew of pieces talking about the latest and greatest from those artists who may find themselves atop the charts, but that couldn’t be any further from the truth. In fact what I’ve learned over the past four months is that the current state of music is in dire straits. Like never before, I find myself digging deeper and deeper into those artists and bands that helped define the 60s, 70s and 80s.  One of the bands that I’ve recently discovered on this musical dig is Talking Heads. Defined as a new wave/art pop quartet, they hit the New York music scene with a sense of adventure, fearlessness and creativity that few before them had shown.

This week’s edition of the FNS is a list of five Talking Heads songs that I find myself gravitating toward as I sift through the eight albums which were released between 1977 and 1988. I’m sure you’ll know a few of them.

The one everyone knows but might not realize that it was Talking Heads who created it. To put it simply, this is a perfect pop song.

I just love how this song starts out as a massive church choir escapade and in an instant spins itself into a marching-pop frolic.

“Take Me To The River”

Originally an Al Green song, the Heads were somehow able to take the original funk and turn it up.  The simplicity and groove that Byrne and co apply to Green’s original turn it into a song of its own. In fact many people didn’t realize that this was a cover.

“This Must Be The Place [Naive Melody]”

An unmistakable opening intro and unquestionable groove, “This Must Be The Place” was Byrne’s attempt at writing a love song. If this is his version of a love song then it’s fair to say he should probably write more of them.

Inspired by African culture, funk and disco, “I Zimbra” might be the one song on this list that you don’t recognize yet shouldn’t sleep on. This song is just layered with tight guitar grooves, infectious chanting and a percussion section that will not let up.