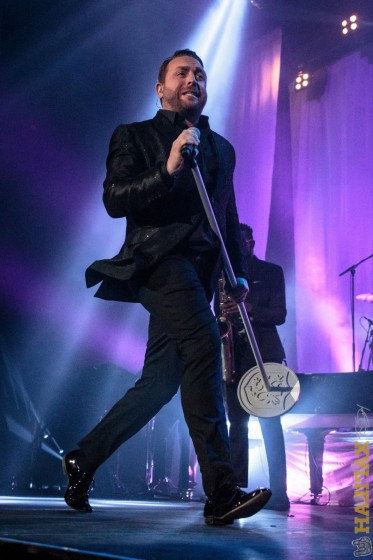 As I made my way in to the Scotiabank Centre, I had Johnny Reid’s most recent album What Love is All About playing so that I was somewhat prepared for the show I was about to witness. The track “I Feel Like Goin’ Home” struck a chord, as I had spent a great deal of time at the former Metro Centre over the years, and each and every time I make the trek into the venue, it feels very much like I am going home. There are moments on the album that have shades of Joe Cocker, Rod Stewart, and at times even a little Shania Twain; but the album is an easy listen and transcends genres, as it fuses country, blues, gospel and pop-rock. If the live show was half as good as this latest album, we were going to be in for a treat. Shortly after 8PM the house lights went down, and the stage was illuminated behind a towering white shroud. Once the intro video concluded the shroud dropped to the stage floor and Johnny Reid was atop the staircase onstage, flanked on either side by his backup vocalists Miku Graham and Saidah Talibah (the latter of whom would be performing after the show at the Carleton as SATE her rock-n-roll alter-ego). Reid made his way down the stairs, and the show was off and running quite literally, as he ran from stage left to stage right as he belted out “My Heart Beats Like a Drum”. Early in the set, Johnny asked the band to lay low as he addressed the crowd to explain that, of his 55 member crew, close to half are from Halifax, and one is soon to become a Haligonian after the tour wraps. It was a fact he was quite proud of, and shared a connection with this part of the country (this was hardly his first time playing for a receptive Maritime crowd, as half of those in attendance have attended at least one prior Johnny Reid show). It was quite apparent that Reid’s fan-base and he share a mutual appreciation, as he took the time throughout the show to pose with fans for photos, to shake hands, and to sign autographs. For some artists, they would be put off by this behaviour, but not Mr. Reid, as we were only two songs in and he had already hauled two fans on stage to join him. Throughout the performance fans streamed to the stage with offerings for the gregarious performer, as if they were paying tribute to a deity. He spoke about the pre-show meet and greet that he took part in, and thanked the fans who trekked all the way to Halifax from Nashville to see this show and meet Johnny Reid in person. It was this sort of loyalty that was quite apparent all evening, as those in attendance were agog with even the mere presence of Mr. Reid.

The charming Scotsman showcased his affable personality, and demonstrated why he was tapped to co-host the 2014 Juno Awards (co-incidentally he took home Best Adult Contemporary Album of the Year for What Love is All About at this year’s awards). At times during the show, Johnny regaled the audience with tales of wife and kids, in addition to stories of his Nona, proving his aptitude as a storyteller. At times he felt like a stand up comic working to warm the crowd up, trying to get the tough guys to loosen up and uncross their arms, but done in a such a way that there was no malice, he was just trying to elicit a laugh or two. However, for all of this affability, it made a 20ish song setlist feel closer to 40 songs. I left around 10pm, as I was headed to the Carleton and I knew there were only 3 songs left in the setlist, but I got a text from my folks around 11pm to let me know the Johnny Reid show was just wrapping up after almost 3 hours.  The banter was great, but could have been trimmed to allow for a more svelte set time. It’s only a small gripe, but a gripe nonetheless. One of the unexpected treats of the evening was opening act JJ Shiplett (an act that Johnny Reid manages), but aside from the nepotistic nature of the pairing, Shiplett and the slight rasp of his vocal was an ideal act to open the evening. The singer-songwriter bore a striking resemblance to Ryan “Opie” Hurst, and vocally had shades of Chris Stapleton shining through. His roots-rock-infused country sound was squarely in my wheelhouse, and it bummed me out when the set wrapped, as I could have easily listened to Shiplett and his band all evening. There is a bright future ahead for JJ.

It was an interesting night, as it was my first time attending one of Johnny Reid’s shows. I didn’t know what to expect going in, and I walked away impressed with the show. It was a great night of music and it had a little bit of everything going on, as there were people dancing in the aisles at some points, there was a wedding proposal about half-way through the evening, and at one point Reid welcomed a choir comprised of students from the Prospect area on stage to join him in singing “Change the World”, along with their teacher, to demonstrate his support for the MusiCares program. It was an evening that definitely lived up to the expectations set by the studio recording, and was enough to entice me to want to see Johnny Reid again in the future. While it may have felt a bit long, due to the fan interactions and banter, the show moved along like a well-oiled machine, and satisfied the packed house at the Scotiabank Centre this past Thursday. 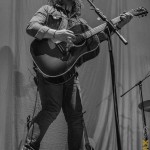 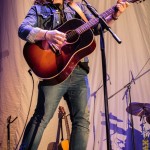 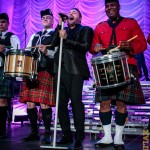 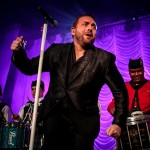 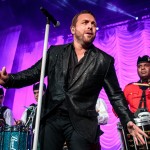 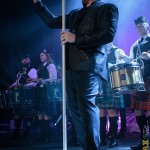 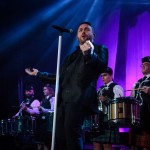 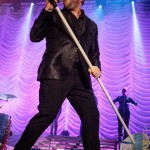