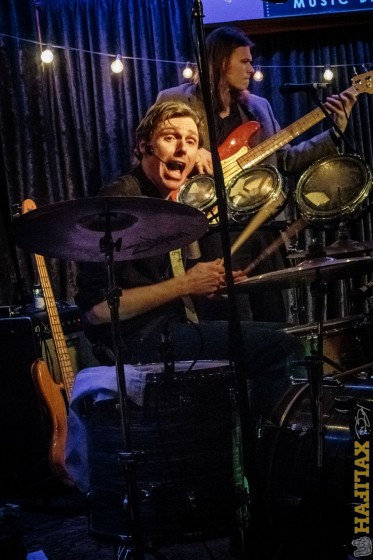 Joel Plaskett is a local guy through and through and through, and this was never more evident than last Monday and Tuesday night at The Carleton. For the pair of sold-out shows, Plaskett was supported by the talented C’Etait Toi players, a band consisting largely of members of the Brood (Seamus, Billy and Siobhan) along with Plaskett on drums, Leith Fleming Smith on keys, and Erin Costelo, who stepped on stage for the French verses of “C’Etait Toi”. From that shattered window that opens Glass Houses to the end of Through The Long Night, Plaskett and Co. showed off some deft musicality, as it was a faithful trip through the classic Joel album. Even before setting foot into the Carleton, you could hear tracks such as “Sleeping With the Television On” and “I Don’t Want to Be Alone” were squarely in Joel’s wheelhouse. Then to hear these tracks performed with such an infectious joy and enthusiasm, it was a special evening at the Carleton. I wanted to hear “Don’t Ask Me Why” and “It’s Still Rock N’ Roll To Me”, as those are the tunes I associate immediately with Billy Joel (well, aside from “Piano Man” of course), but after the night concluded it was “All for Layna” which was elevated above its studio counterpart. The chemistry shared on stage was palpable and I would hope we get to see the band reconvene for some other classic records. All in all, the set was clean and tidy; the band hit the stage, covered the album and called it a night (well, they packed up shop to make way for the super talented The Brood).  It may have clocked in at 45 minutes, but that’s all it needed to be, no muss, no fuss.  It was an exceptional night of music, and it was a great show for the Carleton stage. The gravy on the night was the fact that The Brood took to the stage to perform a set for the sold-out crowd.  If you’ve never had the pleasure of seeing The Brood play, you should track them down as they are a fantastic blend of rockabilly, surf pop and blues rock. Seamus Erskine’s guitar work is mindblowing, as it looks pretty well effortless, and the backing bass line from the intense and enthusiastic Billy Taylor-Habib provides the spine of the band’s sound. Then there’s Siobhan Martin working the keyboard and adding the sparkle to the core of the band. Rounding out the lineup is the hard-hitting intensity of Matt Gallant who manned the drum kit for the closing set. I had the pleasure of catching the band at last year’s Pop Explosion and was excited to see them perform again, and it was a god damn treat. 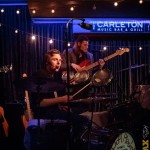 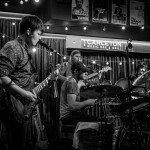 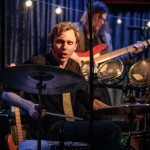 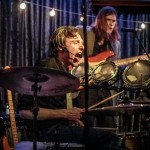 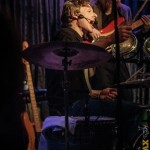 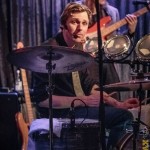 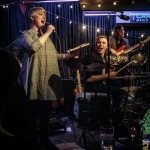 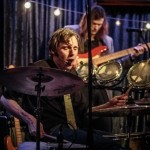 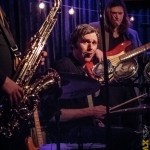 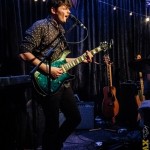 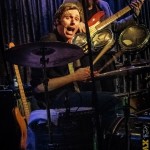 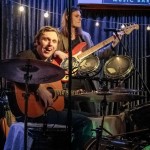