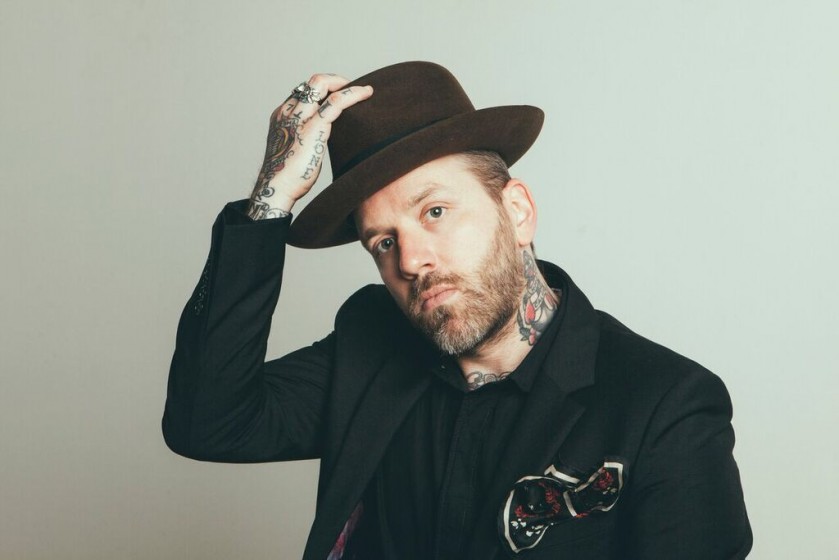 (Halifax, NS) TD Halifax Jazz Festival and Sonic Concerts present City and Colour, Thursday evening, July 14, 2016. For the first time, Halifax Jazz Festival and Sonic Concerts have partnered to bring world-class music to Halifax during this year’s festival — the 30th anniversary of the event. Tickets and 2016 festival passes go on sale this Friday, February 12, 2016 at 10am.

City and Colour has entertained audiences worldwide since 2005 with its melodic and acoustic folk sound. The band is the creation of singer-songwriter Dallas Green, and takes its name from his own, “City” for Dallas and “Colour” for Green. City and Colour has toured extensively across Canada and throughout the world including recent sold-out dates at L.A.’s Palladium, NYC’s Terminal 5 and Nashville’s War Memorial Auditorium.

If I Should Go Before You (Dine Alone Records), the band’s fifth studio album, was recorded at Nashville, Tennessee’s Blackbird Studios, produced by Green with additional production and engineering by Karl Bareham. Released in October 2015, the album debuted at #1 in Canada. This January, City and Colour performed their single, “Lover Come Back,” on late-night television’s Jimmy Kimmel Live.

In 2014, Green collaborated with international superstar Alecia Moore (aka P!nk) on You+Me. The duo’s acclaimed debut, rose ave., entered the charts at #4 on the U.S. Top 200 and at #1 in Canada.

Sonic Concerts, a division of Sonic Entertainment Group, is a full-service concert promoter based in Halifax and a leader in concert promotion throughout Atlantic Canada since 2005. About the partnership, Louis Thomas, Owner, Sonic Concerts, states, “We’re excited to team up with TD Halifax Jazz Festival. They’ve created a truly special experience on the Halifax waterfront and working together to bring City and Colour is a great opportunity to introduce even more music fans to this highly-regarded, established festival. Live music is vital to Halifax and this event is an important part of summer in the city.”

The jazz festival is equally enthusiastic about the alliance. Jazz festival Artistic Director Laura “Lulu” Healy says, “We’re thrilled to be working with Sonic on this exciting new programming partnership. It’ll allow the Halifax Jazz Festival to grow and reach even more music fans, and will help us attract high profile artists to the festival in future years.”

City and Colour tickets are $55 (including tax and service fee) and will be available at the etixnow kiosks in the Halifax Forum (2901 Windsor Street) and Music Nova Scotia (2169 Gottingen Street) and online at halifaxjazzfestival.ca and sonicconcerts.com. Additional fees may apply. (19+. Minors are required to be accompanied by their legal guardian [ID required].)