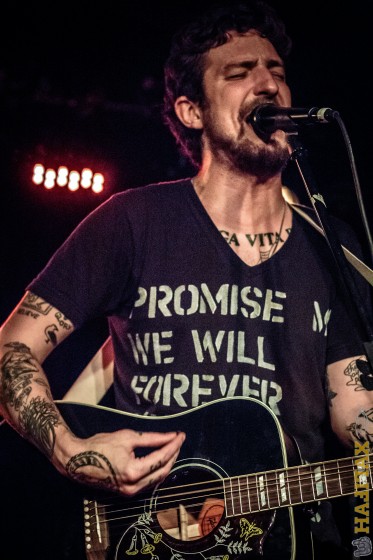 There have been nights where I have walked into The Marquee Ballroom, and there’s been little more than a bartender and a tumbleweed, prior to the start of a show. This was not one of those nights, as there was a healthy crowd forming for this double bill of Northcote and Frank Turner. The trio of inaugural maritime dates (Halifax, Moncton and Fredericton) were announced by the HPX organizing committee shortly after the 2015 fest wrapped up. Those dates would serve as the kick off to Turner’s cross-Canada tour. As it turns out, it was a show that almost didn’t happen, as Frank’s crew wanted him to rest his voice due to the cold he’s been battling, but Turner insisted that he didn’t come to the Maritimes to cancel a show, so it was a go. Northcote was slated for 10pm, and Turner would take the stage around 11, so this was shaping up to be a late show. 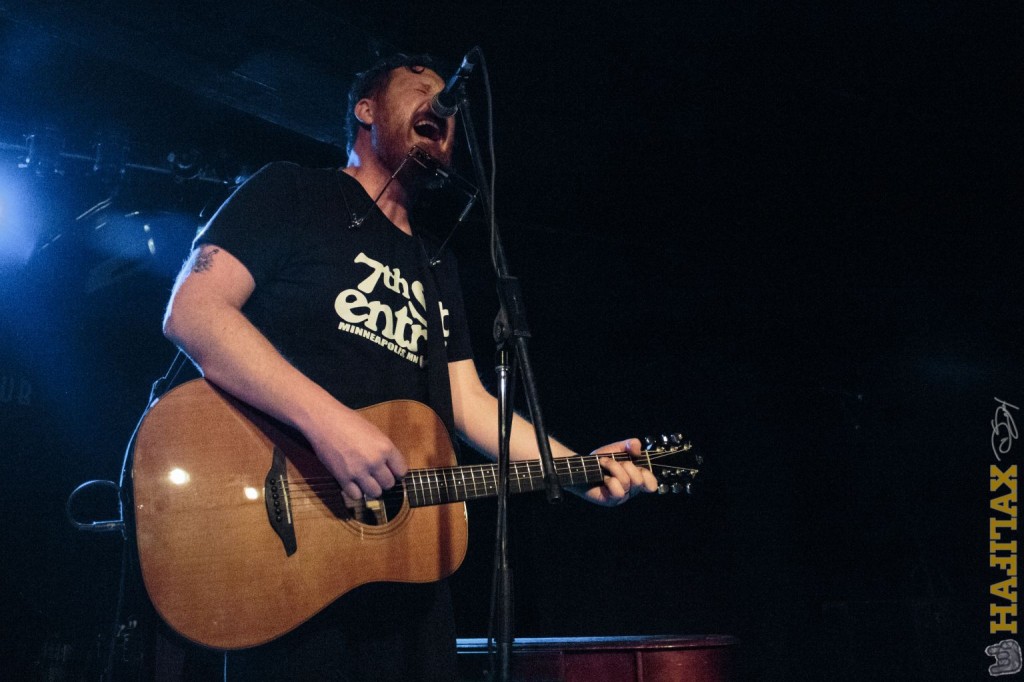 It was great seeing the big grin on the face of Matt Goud (aka Northcote) as he strode on stage to perform in support of headliner Frank Turner; the last time he graced the Marquee stage was this past December opening up for Matthew Good. The jovial and imposing other-coaster welcomed the crowd with a big wave, and proceeded to launch into a genial and engaging night of warm folk-rock tunes complete with his warm velvety rasp. Northcote was genuinely happy to be performing in Halifax again, and thanked the crowd for coming out on a Thursday night to see him, and he made light of the fact that he forgot his drums and proceeded to enlist the crowd as the Northcote drummers (and joked later in the set that the drummer fell asleep when the clapping fell off). It wasn’t a set that was overly tight, but that was the charm of it all as Goud bantered; he was having a great time working through a selection of tracks from his latest release Hope is Made of Steel, including the title track and “Bitter End” (a track on which local musician Mike Bochoff was welcomed to the stage to join the festivities). I may have been lukewarm on Northcote in December, but I fell in love shortly after that initial show and this opening slot solidified that love. You can be assured I’ll be there anytime that Goud (with or without his band) returns to the Halifax stage. 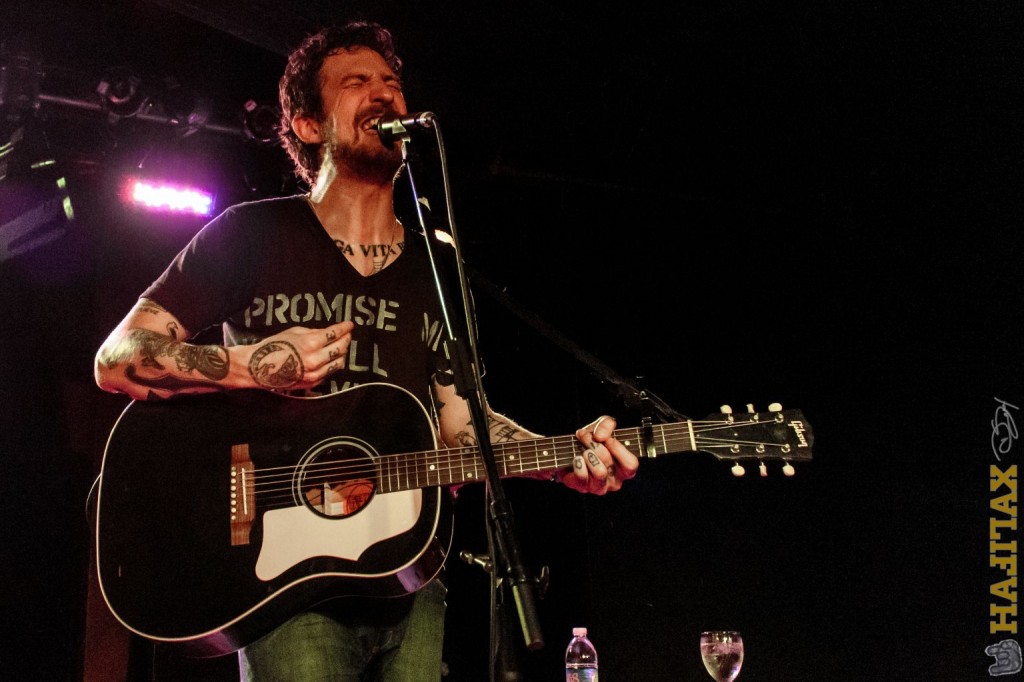 One of the hottest tickets in town this month was one that would permit you entrance to the Marquee on Feb. 18th to the inaugural visit of the UK’s Frank Turner. It was a remarkable fact in and of itself, as Turner served as the supporting act on Joel Plaskett’s 2012 Canadian Tour, a tour that didn’t include a Maritime date; but that’s neither here nor there, Frank was here tonight. The changeover was brief, and the crowd’s energy was palpable, as the sold out crowd was primed and ready to blow from the moment the opening chords were struck. From there we were off, and the crowd was ready to sing along with every track Turner could belt out. I felt like I was taking a test I was ill prepared to write, as I didn’t have the extensive knowledge of Frank’s work that the majority in attendance did. Regardless, I was captivated for the almost 90 minute set, enjoying the ragged intensity being emitted on stage. The power and charisma were undeniable, as the banter felt natural and heartfelt, and Turner admitted that he was surprised he hadn’t been here in the past, but genuinely seemed like he meant it when he said that he’d be back as soon as he could be. The set was comprised of a healthy dose of tracks from Turner’s Positive Songs for Negative People, as well as a smattering of songs from the back catalogue. Considering his background originated in Punk/Hardcore bands, there weren’t many (if any) songs that seemed to drone on for an eternity, as they burned bright in their relative brevity. It was this that made for a rollicking night that moved at a breakneck pace. But it wasn’t without the more touching moments, when tribute was paid to his pal Josh Burdette (who was the manager of the 9:30 Club in Washington D.C, who tragically took his own life) with the aptly-named “Song For Josh”, and an earlier dedication of “Demons” to his friend Nick Alexander who lost his life in the Paris attacks late last year. The vulnerability displayed on these tracks added a depth to the otherwise gruff exterior of the tattooed troubadour. It was a special night of music in Halifax, one that was arguably overdue, but for those in attendance it was a night of unforgettable music. 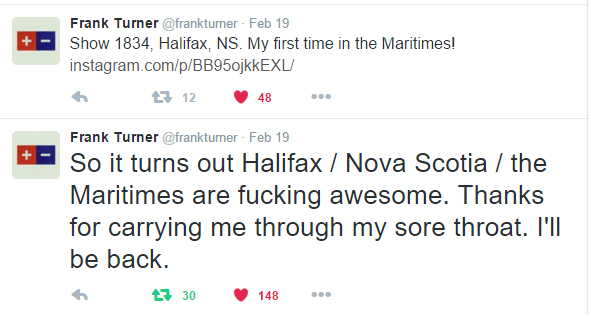 For a singer songwriter to hit the stage with little more than an array of guitars and his shredded voice, and to convey an energy that powerful and engaging, was intoxicating. After eschewing the charade of the encore, he proceeded to close the night out with ‘Four More Songs’, and left the crowd chanting ‘One More Song’ as the house lights came up. As I sit here recalling the astounding night of music, I’ve been listening to Turner’s back catalogue and have been re-discovering tunes such as “Four Simple Words”, “Josephine” and “Live Fast Die Old”, and with the power that Turner exudes on his own, I can only imagine the life the live show takes on with a full band backing him. I walked into the Marquee not quite sure to expect, I left the show, sweaty, bleary eyed and spent, but with an ear to ear grin. It was one of those special nights of music that trumped any need for a pillow and PJs. I hope it’s sooner than later that we see Turner back in town, because if you weren’t there Thursday, you owe it to yourself to ensure you’re there next time, because god damn that was a great night of music. 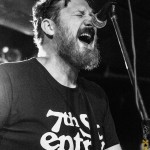 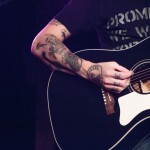 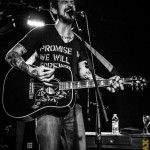 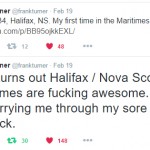 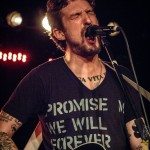 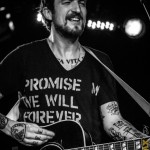 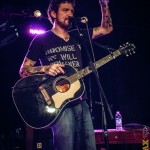 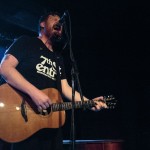 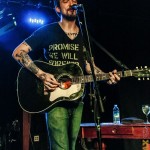 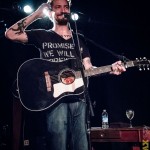 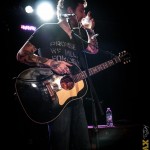 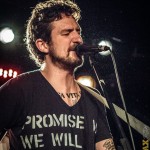 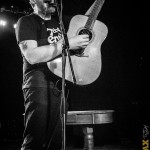 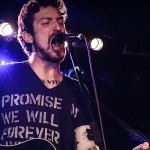 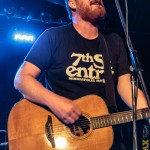 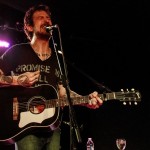