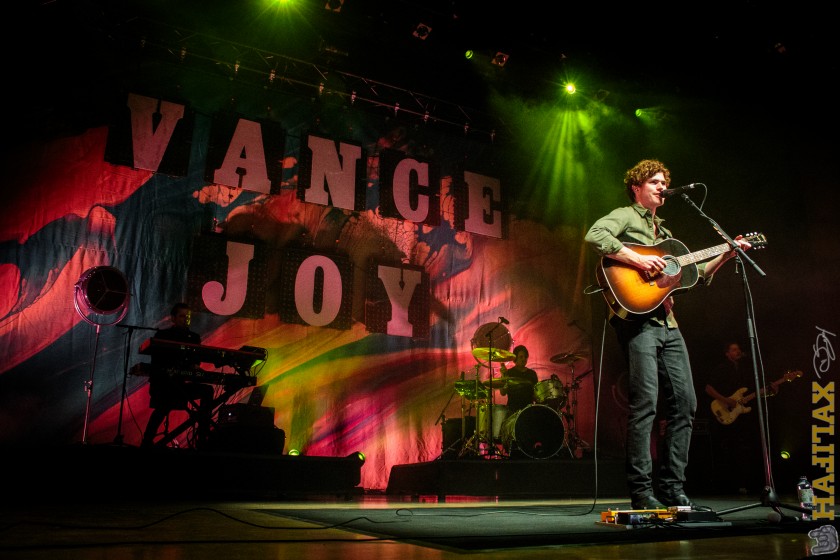 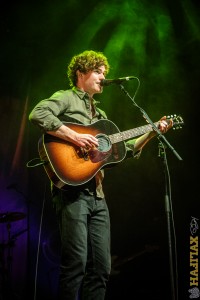 The Rebecca Cohn Auditorium is a room that has played host to a myriad of singer-songwriters over the years; the sound is robust and warm, and plays to the strengths of the artist.  It’s a place where I have been fortunate enough to see acts such as Hayden, Sarah McLachlan, Joel Plaskett, Blue Rodeo, Rich Aucoin, Bahamas, and City and Colour perform, and the sound of the room is exquisite. It is quite possibly the most prestigious room in town, and while arguably bigger names have played other venues within the city, very few can compete with the beauty and elegance of the Cohn.  It’s for all of these reasons, and the intimacy of the space, that I feel it’s the perfect room in which Vance Joy could perform his 2 sold-out shows.

The fact that both nights sold out way back in September, when the shows were announced, is a testament to Vance Joy’s popularity.  His full-length debut Dream Your Life Away has yielded a handful of remarkable singles such as the breakthrough hit single ”Riptide”, in addition to “Fire and the Flood”, “Mess is Mine”, and the most recent single “Georgia”.  I’d also be remiss not to mention the fact that Vance and his band were the opening act on Taylor Swift’s recent 1989 tour. 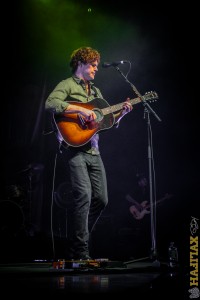 The first of Vance’s two shows in Halifax posed a problem for the sports fans in town, as the Sunday night show was taking place during Super Bowl 50 (or Superb Owl L to some).  I know of a few fans that had purchased tickets to the second show so that they wouldn’t miss the game. Now I wasn’t overly familiar with Reuben and the Dark prior to last evening; well, aside from their big singles “Rolling Stone” and “Heart in Two” of course. This alt-rock 5-piece from Calgary did a solid job of kicking the night off with their warm, haunting melodies, and were able to soar in the cavernous room that is the Cohn. Until lead singer Reuben Bullock addressed the crowd prior to their last song of the set, you wouldn’t have guessed he was dealing with a serious case of laryngitis and could barely speak.

It was then time for our headliner Vance Joy, who let the anticipation build as his backing band played a short interlude prior to Joy arriving on stage.  It was a fairly sparse setup, as his band was arranged in a semi-circle at the back of the stage, and Joy stood center stage with little more than his guitar and the mic stand. For roughly an hour and a half, the Aussie singer-songwriter charmed the crowd with his affable nature and easy-going banter, which was interspersed with a series of shimmering pop-folk gems. All of the aforementioned singles were played, in addition to the lion’s share of the remaining tracks from Dream Your Life Away, including “From Afar” and “Red Eye”. Then Vance Joy made an interesting choice in covering Paul Simon’s “You Can Call Me Al”, which I can only assume was lost on 90% of those in attendance; but for the older demographic, it brought a smile to our faces. 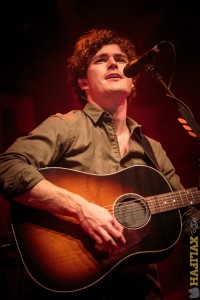 After a short break, Vance returned to the stage to close the night out with a solo rendition of “My Kind of Man” and then proceeded to bring the crowd to its feet with the final song of the evening, “Fire and the Flood”.  It was a solid way to wrap up a great evening of music, one which was certainly worth making a fashionably late entrance to the Superbowl Party.  I’d love to be in attendance for the second show (which was pushed back to Tuesday evening due to the Blizzard which is howling outside at the moment), to see if  anything is changed up, as it marks the closing night of the Canadian Tour; and on the strength of night one, as it fired on all cylinders.  Should Vance Joy make his way back to Halifax, I would implore you to check him out (as I will be doing), as he is a talented singer-songwriter whose performance was certainly worthy of your time and attention. 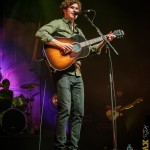 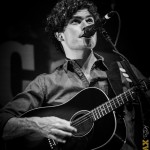 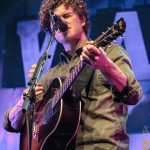 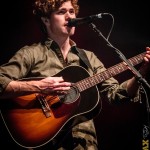 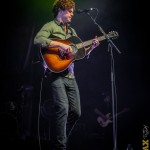 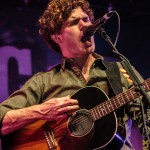 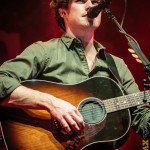 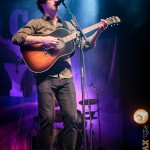 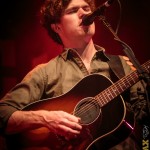