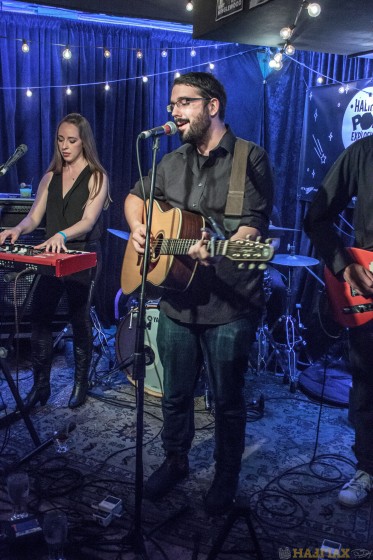 We’ve all had those days where the only shade is blue, and you are mired in a funk you just can’t shake.  Thursday and I just weren’t going to be friends on this occasion; it was a day that seemed to have me square in its sights, and there wasn’t any way to shake it. Needless to say the day didn’t get any better when it was announced that the evening’s headliner Travi$ Scott wasn’t going to be performing (due to “Travel Issues”, but he was conspicuously mute on social media) and that the remainder of the lineup was being moved to Reflections.  Needless to say that my plans to hang out at the Forum MPC for the duration of the evening were scrapped, and I needed a backup plan for Day 3 even though that oppressive funk was zapping my energy.

The terrible Thursday continued as I got downtown far too early on this oppressively damp and chilly evening, as there wasn’t much going on other than a comedy show at the Company House, and the pairing of JoyfulTalk and Majical Cloudz performing over at St. Matthews.  I opted to check out the St. Matt’s show, and I arrived in time to catch a bit of JoyfulTalk but their experimental-electro sounds were ill-suited for my mood; so I figured I’d grab a burrito (at the always great Burrito Jax’s) to clear my head and I’d head back for Majical Cloudz.  I managed to find an empty pew toward the front of the house, and I settled in, not knowing what to expect. 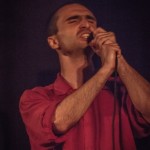 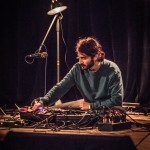 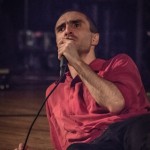 When the duo of Devon Welsh and Matthew Otto took to the stage, they gave an entirely new meaning to the word sparse. There was little more on stage than Welsh’s mic and Otto’s electronic set up, as Otto sat on the floor at the back of the stage, illuminated by the lamps that flanked him.  Welsh was a little more mobile but, part way through the set, he stretched out on stage and crooned from the floor.  It was a set that definitely lived up to their moniker, as the band’s brand of electro-indie pop was verging on ethereal. The soundscapes were lush and layered and filled the church beautifully, and Welsh’s deliberate and plain delivery (this is not to slight his magnificent voice) was the perfect compliment, as it brought a warmth and weight to the proceedings. This is one of the exact reasons why I love covering the Pop Explosion, as I get to experience performances such as this one which expose me to an artist/group that I wouldn’t have otherwise encountered.  I stuck around for the majority of the set, but I wanted to get over to Reflections to catch some of the hip-hop show.

In retrospect, arriving at a desolate Reflections where 4 DJs took turns playing music to those in attendance, I wish I had just enjoyed the rest of Majical Cloudz set and headed to the Carleton from there.  Instead, I hung around at the edge of the stage in anticipation for something to happen, or for an emcee to take control, but that never did materialize. My visit to Reflections was brief, and I was on the move again. This time I was headed to the Carleton to check out a band I had only recently discovered: Quiet Parade. 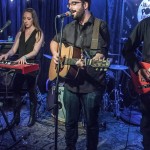 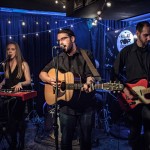 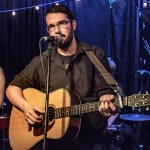 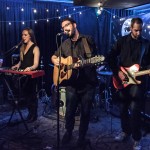 On Day 1, I made my very first visit to the Carleton to see an act that I felt was a little heavier than I expected for the venue, so I was excited to catch Quiet Parade here.  Their brand of indie folk-pop is well suited for the space, so I was looking forward to catching a quieter, more folk-based set. From the moment the quartet of Trevor Murphy, Julia Weir, Jay Methot and Anthony Phillips launched into their first song, I knew I was exactly where I was meant to be. The room filled up quickly (rightfully so) and was quite receptive to the set that focused firmly on the band’s recent self-titled release.  At times Murphy and co evoked Ben Folds, and at others Death Cab for Cutie, but the sounds coming from the stage were warm, lush and certainly folky. It was a night where the music hit me squarely in the feels, and while the oppressive Thursday clouds were hanging around, Quiet Parade was a bright ray of sunshine that cut through the funk. I’m looking forward to catching this band again later this month at the Seahorse, but this introduction was far too short. 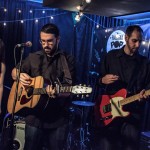 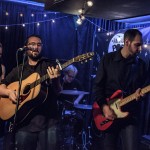 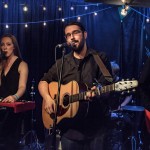 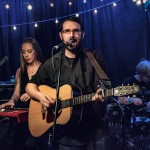 Next up was Jon McKiel, an artist that has played around town quite often, but I’ve never had the opportunity to see him live. I’ve heard good things, so I was looking forward to this set.  Once the band assembled and took the stage, I was somewhat disappointed as I was expecting a folkier act than I got.  The band sounded fine, but I wasn’t in the mood for a rocky jam band after that sweet slice of folky indie-pop, so I packed up my camera and decided to call it a night. 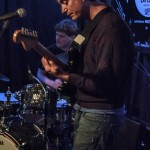 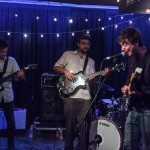 All in all, after a relatively disheartening Thursday, I was able to catch a couple of great bands, and a couple of others who I just wasn’t in the mood for.  For me day 3 was a draw, now I needed some sleep if I hoped to make it through the rest of the festival.  Until we meet again.