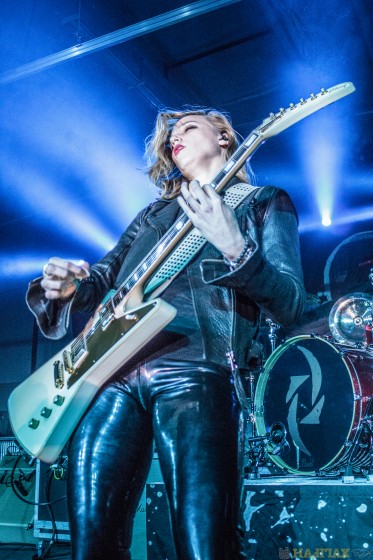 When the Halestorm and Three Days Grace pairing was announced, I was intrigued by the buzz that was swirling around the opening act. Prior to the announcement, I was completely unfamiliar with the band or its music, so I was curious to see what had people so stoked. Could it have been a case where the headliner has played here numerous times in the past, so that the fan base was more interested in seeing the opening act perform?  Or was I missing something?  It wasn’t until show time that the answer was revealed. There is a direct correlation between the status of the opener and the size of the crowd in the venue; the more talented (or renowned) the band kicking the show off is, the bigger the audience when the lights go down. 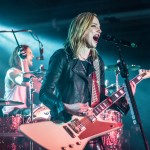 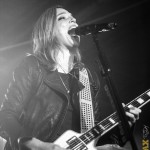 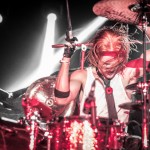 In prepping for the show, I fired up Spotify and started digging into Halestorm’s latest release Into The Wild (and the early work of the Pennsylvania four-piece). I had an idea, but it wasn’t until the night of the show where it was all put into tack-sharp focus.  Lzzy Hale, her brother Arejay, Joe Hottinger and Josh Smith were a force to be reckoned with. Ms. Hale is the epitome of a front-woman; she wielded her signature Gibson Explorer with precision and shredded more than a few eardrums on this evening. She worked the crowd with ease, and as charming and charismatic as she was, her brother looked and acted every part the Animal that he is. The concussive barrage that he was producing was unrelenting, but as he pummelled his poor drum kit into the ground, his showmanship was undeniable as he charmed the crowd with countless stick flips and spins. At points he hopped up on his kit to survey the crowd, but I think the moment that will stick with folks will be when he opted to bludgeon his kit with a pair of sticks that would be better suited for a good ol Batista Bat Flip, rather than actually hammering out a beat. Lzzy Hale even paid homage to one of her favorite bands (who just happened to be playing in town the following night), Judas Priest, with a scintillating cover. After it was all said and done, Halestorm had satisfied the packed Forum Multipurpose and converted this jaded music geek into a fan. My only concern was in regard to the headliners: how would they go about eclipsing the bar that was just set? 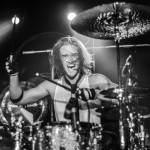 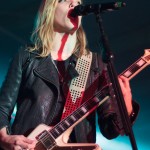 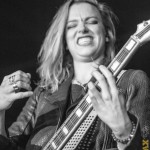 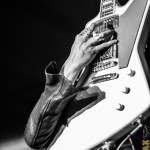 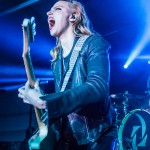 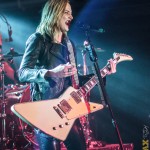 It has been a while since Three Days Grace found itself on a Halifax stage, and to say that the city was a little starved for some Canadian hard-rock would be a huge understatement. When the doors were slated to open, the line to get into the venue snaked across the Forum MPC parking lot, and eventually spilled out onto the sidewalk, and continued to snake away from the venue. By the time the lights went down and Rage Against the Machine’s “Bulls on Parade” started to play (the standard Three Days Grace show opener) over the PA, the Forum was primed and ready to explode when the band strode on stage. 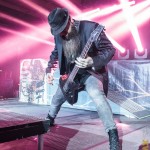 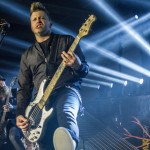 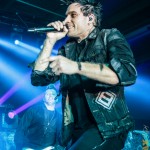 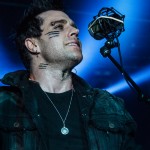 Matt Walst, brother Brad, Barry Stock and Neil Sanderson wasted no time in getting into it, as the band launched into “I Am Machine” off of their recent release Human, which was quickly followed by the Three Days Grace set staple “Just Like You”. We were off and running.

My last Three Days Grace show was on the Halifax Commons back in the band’s infancy, but over the past decade they’ve developed a loyal following; a following that embraced Matt Walst when Adam Gontier packed it in after his health began to deteriorate. The band has released two albums since the lineup change, and while they sound the same for the most part, it’s the live performance that really stood out. Matt Walst (much like Lzzy Hale) was a consummate front-man, never missing an opportunity to fist pump, mug for the crowd or incite a mosh pit. He led the band through a set-list comprised of newer material, the prerequisite hits and a cover or two. The band was as sweaty and spent as the crowd when they wrapped up their two song encore; on this night, no one was going home disappointed.  For me, the highlight of the night was when the band broke away during their performance of “Home” and launched into a killer cover of Tool’s “Sober” (a tune that ages like fine wine). Halestorm set the watermark high, and Three Days Grace exceeded that mark and put on one hell of a show. 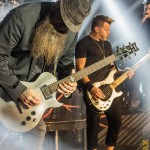 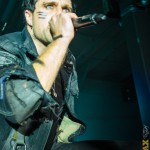 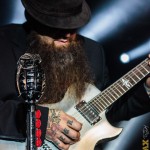 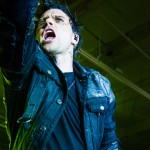 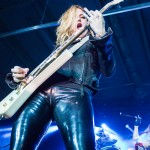 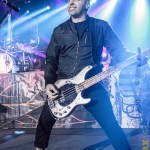 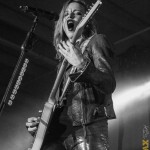 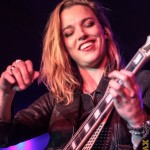