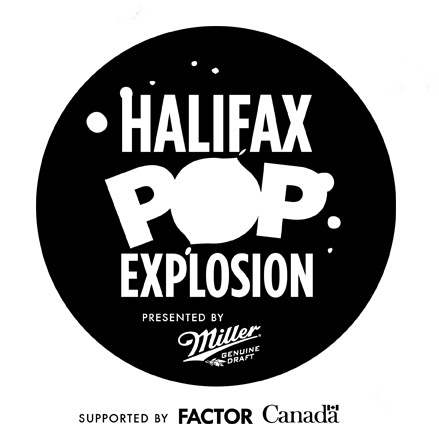 Last week was slightly hectic as Jeff and I were out and about at the 2015 Halifax Pop Explosion, so we tried to see as much as we could. It was a great week of fantastic music, and I know we both walked away having some surprises, some disappointments and at least one favorite show. During that time, I had a few songs stuck in my noggin, so what we’re gonna do on this 8 track is split it up between my latest ear worms and some of my HPX picks.  So without further ado…

While the early work of the Strumbellas showed promise, the tunes never resonated with me.  Then with the release of “Spirits” that completely changed; the dynamics and range of this tune completely hooked up. It’s a great slice of catchy folk-pop, and you’ll be able to catch them on tour this spring with Blue Rodeo.

There were two acts at Halifax Pop Explosion that completely exceeded my expectations, the first being Montreal’s own Folly and the Hunter. From the moment I walked into the Seahorse on the final night of the festival, my ears were grinning; the tone, the warmth and band, it all worked in this amazing package of radio-ready rock-infused folk sound. I can’t tell you why this band hasn’t already blown up rock/alt-rock radio with this track, but maybe we can help get the word out. I really need to see this Montreal four-piece again.

The other band that completely blew the roof off of my doors was Quiet Parade and their set at the Carleton on Day 3 of HPX. Had Travis Scott played his set, I may not have been able to make it down for Quiet Parade, but instead he had “Travel Issues” and my schedule opened up. I was able to catch some of the Majical Cloudz set, and was able to be completely wowed by Trevor Murphy and company.  It was a set that hit me square in the feels, it resonated completely, it was a perfect low-key set of folky tunes (and what I always imagined a Carleton set to be).  I’ll definitely jump at the chance to see Quiet Parade again.

No, this isn’t a cover of the Anna and Elsa incessant hit, instead it is my personal favourite tune off of Bay’s debut album Chaos and the Calm.  It is a track that shows some of the range that Bay possesses and assures that he won’t find himself locked in that one-hit-wonder box. This tune could be his biggest single yet.

One of these things is different, one of these things is not the same.  As I knew I wasn’t going to be attending the Cancer Bats and Dillinger Escape Plan show, I opted to hang out at the Seahorse to see the always great Like a Motorcycle and the Cancer Bats who played to the packed powder keg. As soon as the band hit the stage the fuse was lit and the crowd exploded in a sweaty intense mess. The crowd swayed and pulsed violently for the duration of the fired up Cancer Bats set. Loud and exhilarating would be two excellent words to describe my feelings on the set, it was a fantastic experience as I hadn’t seen the band before. This show was my highlight of the festival, it was exactly what I needed that evening.  Unfortunately, I didn’t feel Walrus’ set would have satiated my ears after my Cancer Bats experience, so I headed home.

This has been receiving increased airplay out at the Peak in Vancouver, it’s a great follow-up track to the band’s huge hit single “The Gates”.  This is a sparse and catchy tune, which sparkles with charisma and is a track that will haunt you between listens.

This retro-tinged pop-rock tune has caught my ear a few times in recent weeks, but I missed catching this West Coast band when they hit the Seahorse this past Saturday for the closing night of HPX. Jeff was there and walked away completely smitten by the band.  I wish I could have been there.

The Ohio duo has crafted a haunting atmospheric electro-tinged pop tune. I think most people know this tune as “Blurryface” when in fact it is “Stressed Out”.  Personally this is a track that reminds me of the Neighbourhood’s “Sweater Weather”, but it strikes me the same way, catchy and instantly listenable.