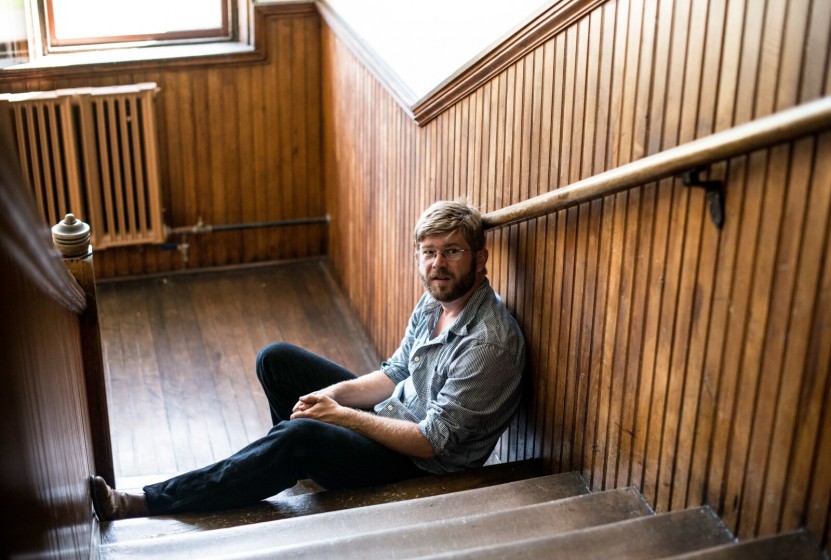 We’ve had a few announcements which have come through, some are new, some are somewhat old, but we wanted to make sure that word spread about some of the upcoming shows, as the Fall Docket begins to fill up.

(Halifax, NS) – Myles Goodwyn – a founding member of the Canadian rock band April Wine and a Canadian Music Hall of Fame inductee along with the group – returns to Halifax with The Myles Good Band to perform at the Rebecca Cohn Auditorium on Wednesday, Nov. 18 at 8 p.m.

Goodwyn has been a professional singer, songwriter, musician and music publisher for over 45 years. His songs, distinct vocals and musicianship have been the back bone of April Wine over the course of its history, during which they have sold over 20 million recordings worldwide.

The new group consists of Goodwyn on lead vocal and guitars, Warren Robert on guitar, Chris Mitchell on bass, Dave Champagne on piano and Mike Carroll on drums. All members of this new group, including Myles, are from the Maritimes. MGB will be doing classic songs written by Goodwyn and recorded by April Wine. In MGB, these songs will be performed with very different, progressive arrangements and will feature the innovative talents of these remarkable musicians.

Especially exciting this year is his new, long awaited solo “bluesy” recording called Myles Goodwyn and Friends of the Blues. In a recent interview Myles explained the direction and the purpose of his blues project. “I’ve always enjoyed the blues: Country blues, Delta blues, Chicago blues, and so forth. With this project, I wanted to write some blues-inspired tunes, sing them and have established blues artists perform them musically.”

In October of 2016, HarperCollins Canada will be publishing his memoirs entitled, Just Between You and Me. It is a personal, revealing look at his remarkable career. This year he will also be publishing his first fiction novel, Elvis and Tiger. (Halifax, NS) – Fresh off the July release of his album Domestic Eccentric, Old Man Luedecke returns to Halifax for a performance at St. Matthew’s United Church on Wednesday, Sept. 23 at 8 p.m.

Old Man Luedecke is the real thing, a modern-day people’s poet and traveling bard and balladeer. He’s played around the world to a loving and increasing fan base and won two JUNO Awards in the process. Tim O’Brien is a multiple grammy-winning roots multi-instrumentalist whose solo work and collaborations have made him one of the most respected American players working today. The two last worked together on Luedecke’s 2012 release, Tender is the Night, which was nominated for a JUNO Award, long-listed for the Polaris Music Prize and won Album of the Year at the East Coast Music Awards.

Calling to mind the powerful force at the heart of other musical vocal pairings: The Milk Carton Kids, Gillian Welch and David Rawlings, Tony Rice and Ricky Skaggs, or even Tim O’Brien and his work with Darrell Scott, the combination of Old Man Luedecke’s highly personal songs and infectious old-time banjo and guitar, and Tim O’Brien’s mastery of bluegrass harmony, guitars, mandolin, bouzouki, and fiddle adds up to much more than a simple sum of parts.

This marks the third time that Old Man Luedecke and Tim O’Brien have collaborated on a record, and their increasing comfort in each other’s musical presence has yielded spectacular results, a collaboration that will beautifully translate to live performance.

Tickets are $27.99 in advance and $32.99 day of show (including tax and service fee) and will be available online at www.sonicconcerts.com. Additional fees may apply. Doors open at 7:30 p.m. (Halifax, NS) – Newfoundland’s Hey Rosetta! officially celebrated their 10th anniversary with a hometown show in Bannerman Park at the Newfoundland & Labrador Folk Festival last Friday. While the sold out concert gave the group an opportunity to celebrate with friends and family, it’s their current record, Second Sight, which is pushing momentum onwards for the band. Just weeks ago, there was a resounding dusk-time festival set to thousands at Wayhome in Ontario, and along with more U.S. and European shows, Canada will once again welcome back the incredible indie-rock septet for a run of headline theatre shows this November. Hey Rosetta! will perform at the Rebecca Cohn Auditorium in Halifax on Thursday, Nov 26 at 8 p.m. and Friday, Nov. 27 at 8 p.m.

“It feels like we’ve been out on the road for awhile on this record,” reflects frontman, Tim Baker “but actually this is our first real headlining tour for Second Sight and to be playing these dream rooms is an absolute delight. The difference playing theatres like Massey Hall make is monumental. We’re loving the tour we’ve put together, the show, the crew, the rooms and the routing – we’ll be starting in the southwest US and all the time moving home, getting back to St John’s just in time for our annual Christmastime shows. In short we’re all smiles about the fall – sure it’s long, it’s far, it’s fast, and it’s just what we’ve always wanted.”

A new live video for “Gold Teeth” will premiere this week. The Second Sight track gives a glimpse at the band’s special holiday show in St John’s last winter. A full list of upcoming Hey Rosetta! shows is available at: www.heyrosetta.com.

THE GLORIOUS SONS PRESENT “THE CONTENDER TOUR”
WITH SPECIAL GUEST NORTHCOTE AND POOR YOUNG THINGS
IN MONCTON AND HALIFAX, NOV. 20-21 (Halifax, NS) – Fresh off a North American tour supporting The Gaslight Anthem, The Glorious Sons present “The Contender Tour” with special guests Northcote and Poor Young Things at the Tide and Board Ballroom in Moncton on Friday, Nov. 20 and at the Marquee Ballroom in Halifax on Saturday, Nov. 21.

The Glorious Sons are an everyman band, telling real stories from a blue-collar perspective. They hit their stride with their debut album, The Union, a collection of honest and heartfelt songs touching on themes of life, love, passion, loss and redemption. Vocalist/lyricist Brett Emmons is one of the strongest new voices in Canadian rock, backed by a lush, loud and powerful soundtrack supplied by guitarists Jay Emmons and Andrew Young, and the rhythm section comprised of Adam Paquette (Drums) & Chris Huot (Bass).

Having burst onto the scene in 2013 by winning the HTZ-FM Rocksearch and following that up with FIVE consecutive top-10 Active Rock singles (“Mama” #6, “White Noise” #2, “Heavy” #3, “Lightning” #2, “The Contender” #10 and climbing), this band’s ascent in the world of Canadian music has been quick and well-deserved.

The real power and beauty of these songs comes to life on a live level. The Glorious Sons are renowned for their energetic and unrelenting live shows – vocalist Brett Emmons has an uncanny ability to win over a crowd no matter what the size –small club or festival headline, this band engages their fans in a way few acts can.

MONCTON tickets are $18.00 in advance, $21.00 day of show (including tax and service charge). Additional fees may apply.

HALIFAX tickets are $16.99 in advance and $19.99 day of show (including tax and service charge). Additional fees may apply.