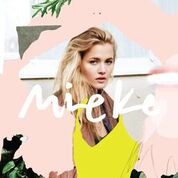 Here are a few songs to help get you through the rest of the week.

The name alone hooked me, then the song was this unusual blend of modern synth pop with a retro flair for good measure. The video was directed and edited by Steve Bays of Hot, Hot Heat and The Mounties.  It’s a solid track from the West Coast outfit known as Fake Shark.

2. “Confidence” – P’ARIS
https://soundcloud.com/soundsofparis/confidence
The latest track from the Canadian electro-pop duo is another slice of fantastic ethereal magic.  It’s a great track to sit back and relax to; it feels like a track to throw on while you’re out tooling around the city on a warm summer night during the wee hours.  This is a tune which should certainly be on your radar.

After having recently fallen in love with the music of Mo Kenny, “The Wild Ones” falls right into that sweet spot of sun-drenched inspired, hooky folk-pop.  In falling into a YouTube hole, I discovered more of Green’s material and I couldn’t get enough of those warm lush tones of her voice and the layered instrumentation which elevates her overall sound.  Her forthcoming EP is dropping on September 11th, and on September 12th, you can catch Heather on stage performing her latest single (amongst others) at The Company House.

When Yelawolf hit the scene, he was heavily tatted and looked like an oversized Madchild, a hip-hop Travis Barker, or  an Eminem wannabe.  It was due in large part to the derivative nature of his shtick that I didn’t pay much attention to Michael Wayne Atha’s alter-ego Yelawolf.  Now in 2015, there have been a pair of tracks which have lodged themselves in my ear, the first being “Till It’s Gone” and this being the second.  Atha has found a way to weave a folky thread through a taut hip-hop track.   It’s this classic rock meets hip-hop feel which sets Yelawolf apart from his peers, and this will be a track that will be in constant rotation in my car for the rest of 2015.

5. “Sleeping Alone” – Mieke
https://youtu.be/xzDDN9Bqa58
Another entry from the mailbag, Toronto’s Mieke has released a single which bears some striking similarities to a famous former Haligonian turned West-Coaster Sarah McLachlan.  This gorgeously atmospheric pop tune is tempered by the warmer tones of Mieke’s voice.  The arrangement of this track  invokes the feeling of that early morning  transition between twilight and the Impending sunrise.   “Sleeping Alone”  may not be a block rocker, but it is a confident and unfaltering return to the public eye for Elissa Mielke.  This is a sweetly delicate and airy slice of pop confection which demands your attention.