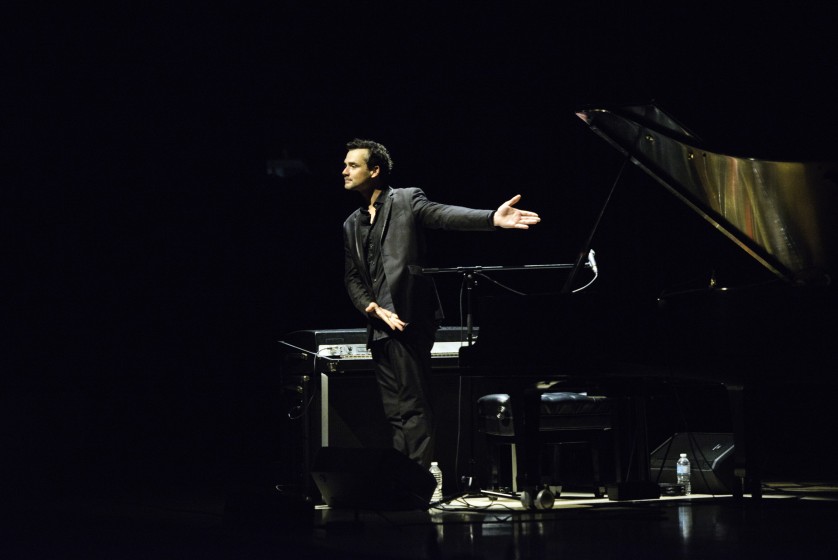 July 21, 2015 Jeff
During the Halifax Jazz Festival, I am often asked to get pictures of certain things or particular people specifically for one reason or another, and this past Saturday night I found myself at the Rebecca Cohn for Michael Kaeshammer’s performance.  I was asked to get a specific picture for one of the sponsors, Doctor Piano, as they were hoping for a picture of their logo on the piano which sat on the stage of the Cohn.
Looking around I was unable to find the logo and was informed that it was on the right side of the piano, facing the crowd and was easily viewed from the seating area.  With my camera in hand, I went on the hunt and after another look around I was still unable to locate it, so backstage I went.  It was at that time that I discovered that Mr. Kaeshammer doesn’t like fall boards, and that if the logo was on the fall board,  then it wasn’t going to be seen.  Luckily enough, Mr. Kaeshammer had a better idea and suggested that I join him on stage to take as many shots as I wanted from any spot I desired.  With a little luck this idea would hopefully please the sponsor.
So a plan was hatched and after the first song I would join the band on stage.  An opportunity like this is often non-existent so I had to think quickly and decide which lens and body I was going to arm myself with.  On top of that I had one song to also figure out if I was going to go with long, full body shots of the band or short compressed views.  Deciding to go with the full shots, I patiently waited in the wings, on one of the greatest stages the East Coast has to offer.  With my wide angle lens slotted in (I actually ended up swapping between my 50 mil and 10-24 wide angle)  I received the nod and three beautiful words from Mr. Kaeshammer. “Let’s do this”.
The process of shooting live shows can sometimes become very intense.  Lights are constantly changing and the performers are always moving, so you need to be ready and learn to embrace and enjoy the moment.  Crouching behind the piano seemed like a great place to set up shop initially but what I quickly learned is that Michael Kaeshammer is like a tornado on stage and keeping up with him would prove to be a challenge.  He’s an incredibly animated performer who likes to teach the crowd about music and the different beats and styles they were witnessing on stage.  Not only did I have to deal with the constant movement at the piano, but in the blink of an eye Kaeshammer would run to the drum set, swipe the tambourine and disappear in between the sax and trumpet player, allowing for the spotlight to shine brightly on the drummer himself.
The stage set up was a little different than I was used to, but it somehow helped to make me feel very comfortable, which in turn allowed me the freedom to roam from side to side.  With Kaeshammer on the left side facing the drummer, who was located on the far right, the middle section of the stage which housed the horns and bass, was nice and open, allowing me to grab shots from angles that I wouldn’t typically be able to get.  With a smile on my face and a great selection of shots from the stage, I loaded my 70-200 lens onto my camera body and went out front to capture the band in its entirety.
Michael Kaeshammer is the ultimate professional and has surrounded himself with a group of musicians who are second to none.  From boogie woogie to swing, to full on jazz, his selection of songs on the evening were masterfully played, equally received and were the perfect fit to showcase the abilities of everyone involved.  This type of performance is one often overlooked by the general public (as are most jazz shows) but is one that should be seen by all.
Ed Boulter~ 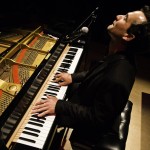 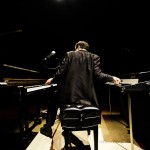 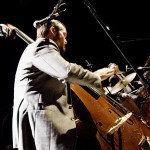 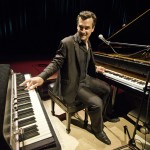 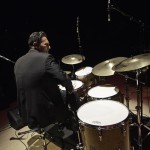 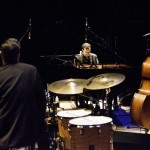 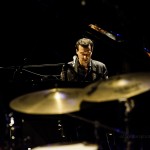 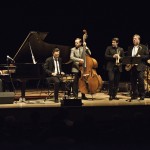 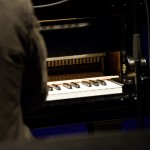 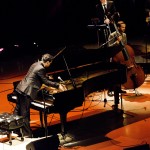 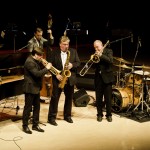 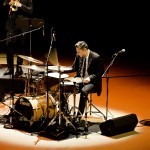 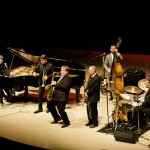