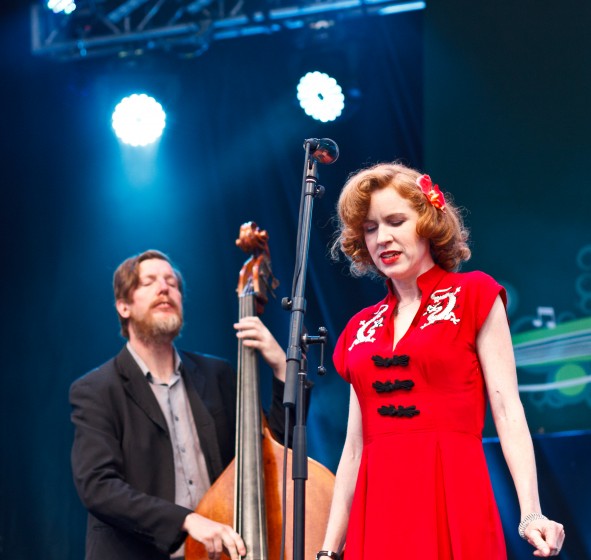 After a beautiful five day stretch, which saw thousands of people pass through the giant green gates on Lower Water Street, it was a melancholy thought to know that our time together would soon come to an end.  After spending the prior four evenings experiencing everything from blues to soul to jazz EDM, it was welcomed news that the closing event would be centred around the throwback era of swing.

I first need to recognize the Dalhousie swing dance society for showing up early and taking some time to show the patrons a thing or two about the basics of swing dance.  Not only would this help set the tone for the rest of the evening, it also gave the ever growing crowd a reason to get up and move about, thus aiding in the overall rhythm of the night.

First to the stage would be the lovely Alex Pangman.  Dubbed as “Canada’s Sweetheart Of Swing”, Alex wasted no time in claiming that very title.  Leaning heavy on a sound reminiscent of a time when alcohol was banned and prohibition was in full swing, Pangman’s hour-long set melded the early 40s sound of old with a bright newness.  With the Alleycats backing her up (this is the backing group’s name), Pangman proceeded to impress all of those in attendance with a voice that was both classic and seductive.  She presented herself to the crowd as a reserved soul who was still in full control of the massive TD stage.  From head to toe, the delicate being that is Alex Pangman, showed time and time again that she was the perfect embodiment of vintage jazz in every single breath she took.

What is even more impressive is that she is doing all of this thanks in large part to someone else’s lungs. Yes she has just recently gone through a second, double lung transplant.  Where most people would be happy to get through a single transplant such as this, Pangman not only had the surgery a second time but came back better than ever.  This gal is a stunning example of just how far one can go with great will, a massive talent and driving determination.

The  closing act of the 2015 TD Halifax Jazz Festival was none other than Canada’s own Gordon Webster Sextet with Brianna Thomas.  Grooving his way as the night progressed, Gordon Webster’s feel around the piano is as natural and loose as any that I had heard during the festival.  His uncanny ability to improvise throughout the course of a song was world class and was met with great enthusiasm from the large crowd surrounding the festival grounds.  It also didn’t hurt to have a horn section that was creative, tight and completely in sync all evening.  As the rhythm section maintained an upbeat, swinging groove, Gordon and co kept the feet tapping while the powerful and lovely Brianna Thomas bebopped her way into the hearts in attendance.

This show was the perfect combination to help close out, in my opinion, a well-run festival.  The main site was well laid out and would accommodate everyone from the dancers, to those who wished to sit and soak in the festivities around them.  Whereas other festivals, such as the Harvest Blues and Jazz Festival in Fredericton NB, seem to reel in more mainstream acts, the Halifax Jazz Festival has done a beautiful job of setting itself apart from the constant need to book the big name and has instead opted to book grade A jazz musicians. 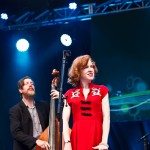 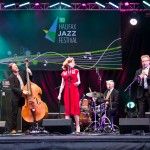 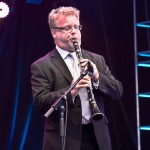 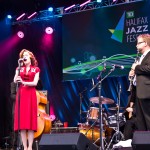 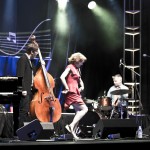 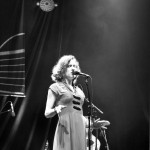 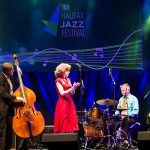 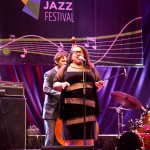 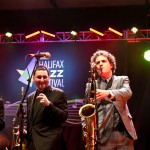 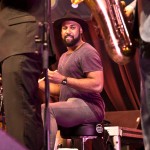 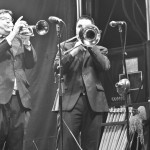 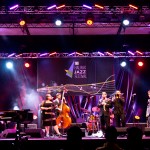