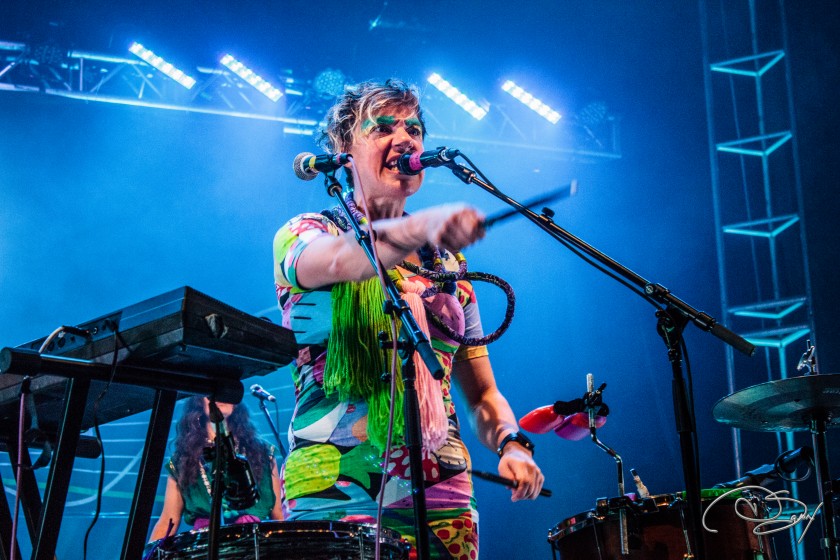 Walking onto the concert grounds at the main stage on Day 2 of the 2015 Halifax Jazz Festival (Thursday July 9th), I knew I was going in blind. I was interested in hearing tUnE-yArDs live, as the studio work didn’t resonate with me. My only knowledge of Moon Hooch was the YouTube video of their performance in the NYC subway station, so my interest was definitely piqued. 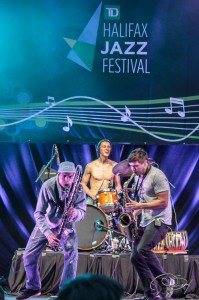 While finishing off a beer at the newly established Stillwell beer garden, I could hear the opening salvo from Moon Hooch on the main stage. Needless to say, I made tracks for the stage to see what all the fuss was about. If you separated the sounds from what you saw on stage, and played back the sound for an unfamiliar party, they would almost never identify that the band is comprised of two saxophonists and a drummer. The on stage set-up may seem minimalistic, but it makes for an incredibly potent aural experience. It reminded me personally of seeing The New Deal on the Garrison Grounds a number of years ago, a band I expected to be 2-3 guys and their electronic set up, which ended up being 5-6 guys with entirely live instrumentation that sounded entirely electronic. It was the very same experience during the Moon Hooch set; the grooves being laid down by this astonishing trio were wholly organic. The only shortcomings were the ill-advised Mike Wilbur soapbox-esque rant and his weak attempt as an emcee, those were the cringe-worthy moments of an otherwise stellar set. In hitting up the Spotify library after the show, the music still holds up remarkably well, but this Brooklyn, NY trio are a must-see act next time they roll through these parts (when else are you going to have a chance to see a saxophonist play his instrument augmented by what appears to be a modified pylon?). 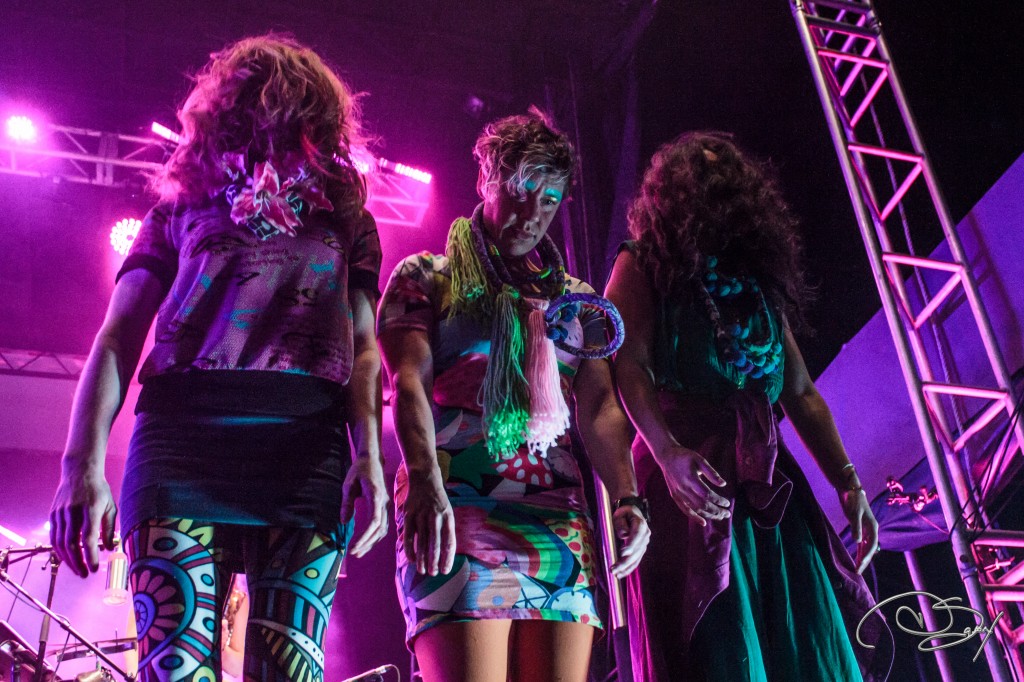 Next up was Connecticut’s very own Merrill Garbus and her musical outfit tUnE-yArds. Now in preparation for this show, I attempted to dig into the band’s latest release Nicky Nack, and as intrigued as I was by the soundscape that was being created, there wasn’t any true resonance. When Merrill, her dancers, drummer and keyboardist hit the stage, it was a feast for the eyes as well as the ears, but it felt very put-on and pretentious. Her colourful dress had a distinct Alice in Wonderland theme at play, and paired with the singer’s chunky Millhouse-blue brows, it was a sentiment which felt somewhat ironic. The previous evening at the Sharon Jones show, I had a conversation with another concertgoer about last year’s marquee St. Vincent show and how that concertgoer found the regimented/choreographed set to be extremely pretentious. I attempted to defend that label by explaining that St. Vincent’s resume was distinguished, and I felt as if it was drawing from her art school background. Now this performance was an interesting fusion of African rhythms, electronic music and an almost Annie Lennox-type howl. I was perplexed and drawn to Merrill’s presence, as her unusual percussion style produced this interesting clicking sound. Personally, I felt that the tUnE-yArDs set wasn’t naturally stretching the boundaries of electronic, pop or world music, but was attempting to obliterate them in the most intrusive way possible. Those who like tUnE-yArDs liked this a lot, however it wasn’t too deep into the set that I easily determined this was not for me. There were moments during the set where it became somewhat accessible, but for the most part the music is so intricately layered, it was overwhelming. From where I was standing, it sounded less like an artist pushing the boundaries of their craft, and instead felt like someone intentionally trying to be left of centre and eschewing the rules of traditional pop and electronic music. 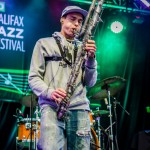 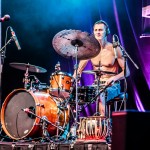 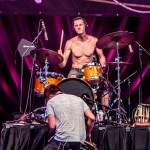 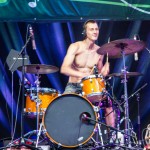 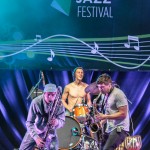 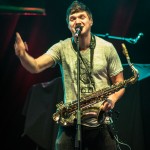 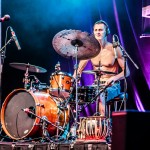 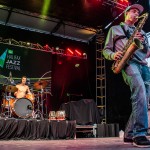 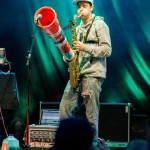 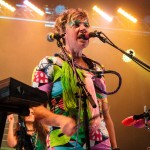 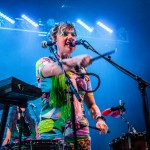 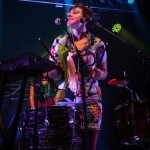 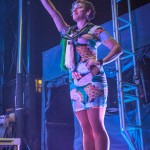 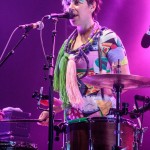 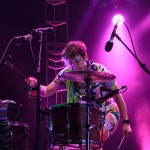 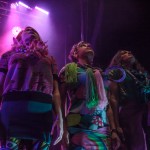 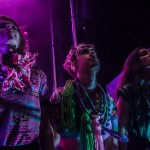 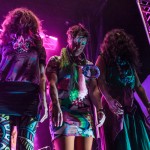