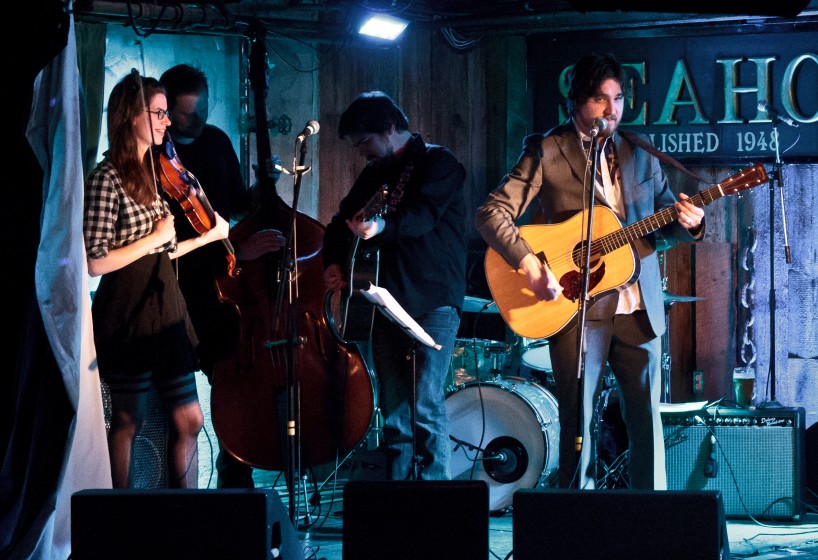 Before we dig into the review from Saturday night’s East Coast Rockabilly Riot, I have to declare that rockabilly is a genre I have very little experience with.  I knew songs such as “Stray Cat Strut”, “Rock Around The Clock” and “Blue Suede Shoes” would fit the bill, but found myself mildly stumped when I heard that it would be a tribute to Johnny Cash, Hank Snow, and Canada’s own Stompin’ Tom Connors.  Apparently rockabilly has some roots in the country realm as well.

I went into the evening expecting a specific type of show but walked away happily surprised that the evening would provide a totally different event then I had envisioned.  From vendors, to a photo booth, to burlesque dancers, the night would become much more than just a space for musical performance.

Local cosmetic and skincare specialist A Thousand Ships and fashion guru Vivacious Vixen Apparel occupied the opening area into the bar.  Lining both tables with shadow pots, shave butters, belts, leggings and pasties, both local gals had each business well represented while local photographer, and friend of the site, Ed Boulter spent the entire evening capturing the rambunctious crowd within his photo booth.  This was an ideal spot to set up shop as it allowed the fabulous entrepreneurs a place where all eyes could see them.

Kicking off the evening’s festivities were back-to-back acoustic sets, by local musician Tyson Spinney and Prince Edward Island native, Nudie.  Both sets felt very similar from a sound and style perspective and worked well as opening sets.  Songs such as “Delia’s Gone” and “25 Minutes To Go” would begin the process of building up the evening into the rambunctious night it would become.

Following the acoustic sets were the ravenous, delightful vixens Holly Moly and Miss Magenta. Gracing the stage with a fluid ease that most would scoff at, the lovely ladies had the crowd clamouring for more with every shake and shimmy thrown their way.  The two performers put on an extremely captivating and sensuous performance that no one would forget.

Since last I saw them, EB Anderson and The Resolutes have added a steel guitarist, have successfully completed a tour overseas and for at least one night included a dynamite fiddler in the fold.  With all of that being said, what I found most interesting was how seamlessly their lone original song of the night “She Used To” fit amongst classics such as “I’ve Been Everywhere” and “The Hockey Song“. With the heart and feel of a troupe that would best resonate amongst fans of Townes Van Zandt, Hank Williams and The Band, EB Anderson and company appeared to be the perfect pairing for Saturday night’s Western Saloon.

Closing out the night was local rockabilly mainstay, The Chris Martin Trio.  Taking a step to the side to better incorporate a more country feel into his set, Martin demonstrated that his ability to play the guitar translates no matter what the genre (Martin’s usual rockabilly style is more akin to the rock side as opposed the country). Cranking out rockabilly classics “Cry, Cry, Cry“, “Hey Porter” and “Get Rhythm” allowed the trio find their footing before June Carter (played by the lovely Lacey Wilson) would hit the stage to bang out fan favourites “Walk The Line“, “Going To Jackson” and “Ring Of Fire“.

Saturday Night saw Tiffany Spencer dust off the East Coast Rockabilly Riot title, and in doing so end a year long hiatus. While it may have taken days and weeks to get all of the necessary pieces in place, the show was an absolute success. 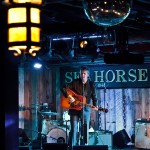 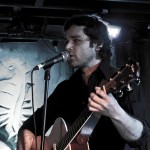 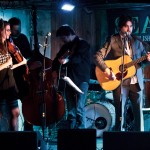 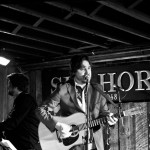 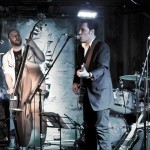 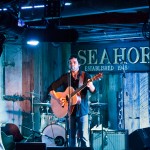 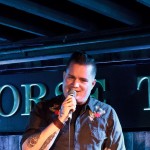 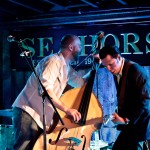