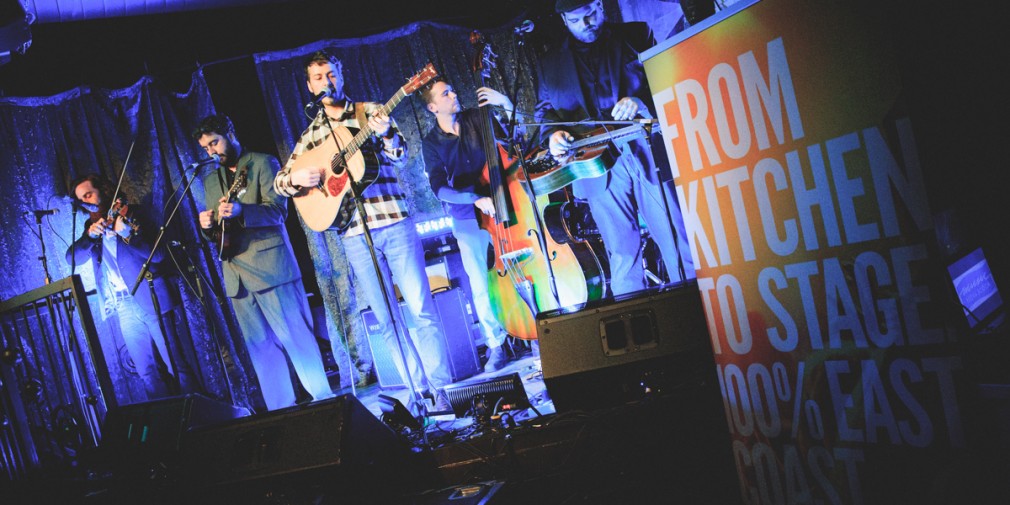 A few months before the announcement of the line-up for the festival, I was a little worried about what such a small, out of the way city like St. John’s could attract to it, in terms of our East Coast talent and festival goers. But as the list of performers began to surface, it became pretty clear that I was up for another week of East Coast music. As for being “small” & “out of the way”, when all of the craze for the festival is being talked about at the Halifax International Airport, let alone the city itself, you know that this is gonna be a worthwhile experience.

Music aside, if you are waiting for an afternoon, evening, or late night show to start, there’s plenty of things to do in and around the city, like exploring the many shops on Water Street, hitting up Signal Hill, or taking a drive out to the most eastern point of Canada, Cape Spear. As for music venues, St. John’s is probably one of the most unique places I’ve seen as a set up for a music festival. There are very few streets like George Street, where you can see a show at Dusk Ultra Lounge, walk next door to the George Street Beer Market, and head across the street to the Martini Bar to see three different shows. There are so many venues within walking distance that it makes St. John’s an ideal spot for a music festival.

So, you have good line-up of performers… check, and you have a good set-up for music… check. That leaves us with the whole experience. To say this festival was low key, you would have had to be staying at home with the door locked and the curtains shut. In terms that most East Coasters would understand, this festival was like one big Newfoundland kitchen party. For all of the makeshift jam sessions that I ran into on George Street, in the lobby, and in the rooms of the Delta Hotel that seemed to be the centralized hub for all of the event happenings, there was a lot of fun to be had. Two days after the festival, I sit here writing this review for Hafilax/Halifax Bloggers, as I am still recovering from what a blast I had from the week of events that East Coast Music Week had to offer.

As for some of my favourite performances… I can honestly say, I didn’t see one bad performance, as every artist seemed to be lost in the moment of the festival, and bringing their A-game. But these are the performances that really stood out to me… My favourite show of the festival. I say this because it seems that any other day of the week, I can see The Trews play in Halifax. And after seeing their performance at ECMW, compared to seeing them at home, they blew away every performance they’ve done before them. If it’s a bigger stage they need to liven up the crowd, please give it to them. Hell, I’d love to see them play here, if they’d play at bigger venues like the Halifax Forum or Scotiabank Centre. They nailed it. They played a mix of classic songs, “Ready To Go”, & this awesome cover of Led Zeppelin‘s “Communication Breakdown” within the song “Hold Me”. They also played a few tracks off their latest self-titled album which I really enjoyed. They closed out the show with their rockin’ “speech”, after receiving Rock Album of the Year. Between the end of Vogue Dots’ performance and the late night arrival of In-Flight Safety, I was getting quite sleepy eyed. Vogue Dots… I love your band, you guys were the reason I got off the fence to see ECMW, but your 3-4 song performance just wasn’t enough to sink my teeth into. When In-Flight Safety came on, they blasted the crowd, and woke me up with their lead song “Animals”, from their “Conversationalist” album, which won Album of the Year (rightly deserved). Their musical performance was very lo-fi that night, but brought a lot of magic to the stage. Very similar to bands like Coyote & Wintersleep, that keep me coming back to their shows. The experience of their show is comparable to that of the accomplishment of scaling a mountain after you listen to them. It’s that rewarding. Enough with the love for our Halifax bands, I’m gonna give two separate plugs for Corner Brook’s Sherman Downey. The first being at the Songwriters’ Showcase, and at the EC Mamas (non-advertised show). There is no one such like him, who can liven up the room with his acoustic performances. He showed a lot of charm at the low-key show of the Songwriters’ Circle, and brought the room into a frenzy at the EC Mamas show. It’s hard to pick a favourite, but his musical versatility would make him an amazing host & entertainer at any large stage, and kitchen party. The best part about the East Coast Music Week is seeing up and coming artists taking over the show. And that’s what the young duo, Tomato/Tomato (pronounced Toe-may-toe/Toe-mat-toe) from Saint John, New Brunswick did. With John on guitar, and Lisa Mclaggan on washboard they played this very fun, and clever folky set that totally wowed the live broadcast audience. Their cheerful performance and in-between comedic outtakes were a pleasure to watch. After their performance, they sat in front of me in the audience, to soak up the rest of the show, and after the broadcast went off the air, they were praised by many music goers who had also been wowed by their performance. Keep this band on your shortlist. I must admit, I haven’t seen all artists/bands that come out of the province of Nova Scotia, so I don’t feel so guilty with checking out the Nova Scotia showcase, when other province showcases are going on. Halifax native, Adam Baldwin… that man has so much energy on stage. Sure, him and his band can play a sweet unplugged performance, but when it comes to hard rock performances, they really know how to kick some ass. The crowd was blown away, playing songs from his Debut EP, and closing the show with his signature track, “Love You With My Eyes Closed”. I had seen him early at the UPS Rock Showcase before, but that was enough push to see him play live again, and I’m glad I did. Other performances that I really enjoyed included Gabrielle Papillon, who I also had the pleasure of catching at the Dusk Ultra Lounge, and at the Songwriters’ Circle. I really like her style of hard, moody folk music. Les Hotesse D’Hilaire, a dirty blues-rock band from Moncton, were absolutely hilarious to see live. They are great musicians, but amazing entertainers as well.