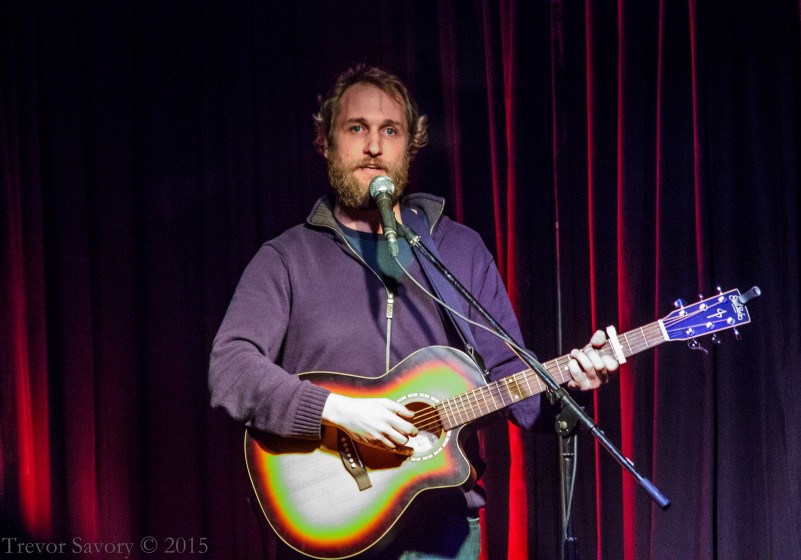 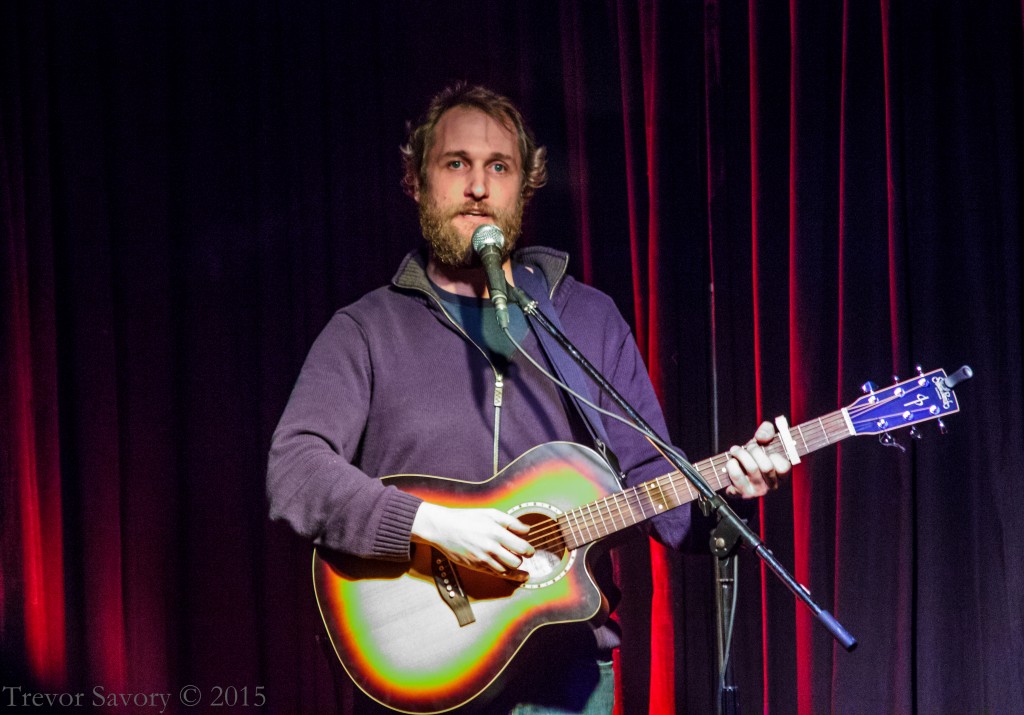 While he may call Arnprior, Ontario home, The Company House feels like it may well indeed be Cardiff’s home away from home.  His interactions with fans (and a certain blogger) feel downright hospitable, as if he had invited his audience directly into his living room; and for all intents and purposes, he essentially accomplished this, thanks to his warm lush vocals.  You also have to love when you enter the venue, and the headliner (in this case the only act) greets you at the door, it adds this truly personal touch to the night’s festivities.

That initial greeting was warm and inviting, very much echoing what I had heard in his work prior to this evening.  My experience with Cardiff’s work didn’t extend much beyond my research in preparation for his most recent visit to Halifax, I entered the venue with pretty close to a blank slate.   A blank slate such as this is a rare thing with a voracious musical appetite, and an artist with an extensive catalogue such as Cardiff’s. There were no preconceptions or expectations as I walked into The Company House, all I knew was that one of the guys at the “box office” looked a lot like Craig Cardiff.

I arrived at Company House to catch the 7pm set and from the opening chord, Cardiff was warm and inviting. The venue was packed solid, and I was graciously offered a stool, from where I watched as the crowd milled about in eager anticipation. That warmth translated very well when he pointed out said blogger sitting at the back of the room and cheekily offered me an opportunity to live blog the performance from the stage (an offer I sheepishly declined, as my cover was blown). A couple in the crowd was playfully grilled later in the evening about their dating history and future plans, which led to Cardiff improvising a song on the spot about said couple.

It speaks volumes that during each and every song, the audience was held in rapt suspension with their focus placed firmly on stage.  There aren’t many shows that I’ve been to and experienced this level of attention and silence, there is usually someone attempting to hold a conversation regardless of what’s happening around them, but that was not the case here.  The closest thing to an interruption was from over-zealous fan Eric, who took great pleasure in requesting “Lenny Bruce Leroy” and then completely derailed the performance with his overpowering sing-along. Cardiff handed over lead duties to Eric only to have the mic relinquished after the excited fan encountered some lyrical amnesia when the spotlight was shone his way.  Then Eric was invited onstage to physically interpret the lyrics to “Recovering”, which was played to great comedic (albeit clueless) effect.

All in all, this was a night where I was stoked to be able to get out of my own way and catch Cardiff’s early set of his latest Halifax visit.  His brand of folky singer songwriter was a joy to behold, and will be one of those shows that will stick with me for months to come.  While this may have been my first show, it definitely won’t be the last.  I’ll be making it a point to catch his next show in town.

You can find Craig’s upcoming tour dates at http://www.craigcardiff.com/tour-dates/