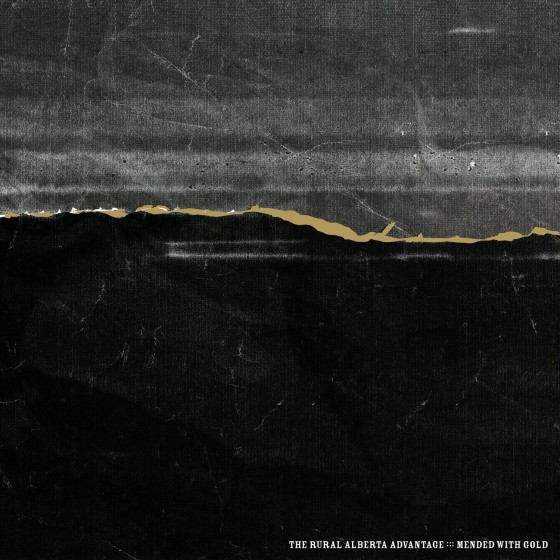 After having reviewed a vast array of music for well over a decade, I am always tabulating a Best Of list in my head in preparation for the early-mid December countdown.  After dealing with an impromptu wading pool in my basement from the torrential rains this past week, my list got pushed to the back burner. Over the course of the year, I listen voraciously to music (even more so that I’ve signed up for Spotify, and was a longtime subscriber to Deezer), so this list is comprised of albums which resonated with me and I find myself going back to more often than others. As I compiled my list I listened to each album on my initial tally, and some albums snuck in and others just missed the cut (you can see the Honourable Mentions at the bottom of the list).   And now, onto the show! 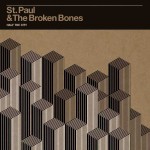 St. Paul and the Broken Bones – Half The City –  Sony

Half the City is a definite throwback album; there aren’t any fences being straddled here, St. Paul and the Broken Bones are firmly rooted in that old bluesy soul sound.  It takes a moment to correlate the sound and the band once you first lay eyes on them. It’s similar to the George Ezra situation, the two don’t always line up as per your expectations. Regardless of skin tone, Half The City is an album you can put on and listen to front to back, and it immediately transports you back to a far simpler time. If you’ve had a long day, this album would pair well with a comfy chair and a spirit of some sort, it’s a great muscle relaxer. You should certainly delve past the great lead single “Call Me”, and get into the deeper cuts, this is one of the under-appreciated gems of 2014. 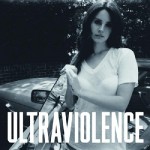 The subdued nature of Lana Del Rey’s nonchalant delivery had everyone (myself included) ready to chalk her and her 2012 album up to nothing more than a shtick-y novelty act. However, rather than retreating back into obscurity, Del Rey returned with Ultraviolence, a snarling, atmospheric record which could easily slip past unnoticed if you weren’t paying attention.  It’s the lyrical contrast between the dark brooding orchestral score and Del Rey’s sweet whisper-y delivery which helps this album soar above the majority of 2014 fare. From the title track to “West Coast” and “Sad Girl”, this is the musical equivalent to those pulpy film noir detective films of the 30s and 40s.  I think the sophomore jinx was too intimidated to knock on Del Rey’s door. 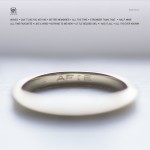 The moment those warm velvety tones of the lead single “Stronger Than That” washed over me, I immediately wondered if Jack Johnson had a new album in the works.   After all, Canadian artists have a keen sense of how to go about recording albums which are rather cool, stark and feel somewhat isolated, but we have less experience with warm summery beaches and palm trees. Somehow Afie Jurvanen has managed to craft an album which fuses the minimalism of an artist like Hayden, and the warmth and easy going feel of Jack Johnson’s material.  This will be one of the albums that will fly under a lot of people’s radar, as it isn’t being crammed down our throats by commercial radio; but much like a great glass of wine, it needs time to breathe to allow all of its intricacies to present themselves. Just toss on a track like “Little Record Girl” and try to deny the smile that will creep across your face. 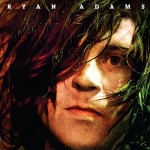 There are few artists who can rival Van Morrison in terms of both talent and curmudgeonly status, but Ryan Adams is that sort of artist.  He is both prolific and reclusive.  His private life is rarely on display in Rolling Stone or on TMZ, but his near-legendary outbursts at his live shows make for ideal tabloid fodder.  While all of that is well and good, you cannot argue that his albums are fantastic slices of indie rock while being forged from antithetical forces, as his albums beg to be listened to; but any praise levelled in Adams’ direction is met with great disdain.   His latest work is one of (if not) the best of 2014, it echoes of Tom Petty, a little Springsteen and some Neil Young, but all are woven into this marvelous tapestry of accessible rock n roll, which would exist with or without the critical fanfare. 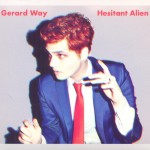 The solo debut from the My Chemical Romance (MCR) front-man marks a new foray in an otherwise young career, but it’s certainly not an abrupt turn by any means. Fans of MCR will be right at home here, as Way still continues to craft those familiar punk-pop sounds; but instead of the early black, red and white Burton-esque days of MCR’s pseudo-emo styling, or the later Schumacher-esque era of neon Technicolor tunes, Way has found that middle ground on Hesitant Alien. Incorporating some elements of fuzzy Brit-pop with the dark power pop of MCR’s heyday makes for a familiar and inviting listen. This is an album which bodes well for Gerard Way’s future as a solo performer. 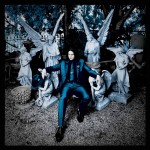 Never one to be content with resting on his laurels, I don’t think Jack White has found an envelope that he hasn’t pushed. The most prolific artist in music carved out some time, in the two years since Blunderbuss was released, to craft its follow-up Lazaretto. This is an album which exceeds all expectations, so much so that the sophomore jinx didn’t even bother showing up to work on this one. White continues to fuse blues and rock while weaving an interesting tapestry which shows off elements of rockabilly, folk, and Honky Tonk. It’s an album that seems out of phase with the current state of disposable music, and feels like an album which would have existed in the 50s and 60s.From the blistering title track to gems such as “That Black Bat Licorice”, “Alone In My Home” and his latest single “Would You Fight For My Love”, White has put together another standout album that stands tall alongside his work with the Dead Weather, the Raconteurs and The White Stripes. 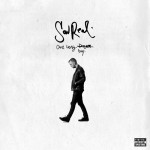 Considering this album was released for free in 2014, it almost missed the cut simply for the fact that it dropped an eternity ago, but it may be one of the most deserving simply due to the number of spins I put on this album.  After his single “Everywhere I Go” blew up in 2013, One Long Day was quietly released as a mix tape and not as a major label or independent release.  You just need to listen to tracks “Believe”, “LA” and “Shit’s Epic” to hear that Aaron “SonReal” Hoffman is one of the strongest emcees working in the country.  It speaks volumes when you get artists such as Shad and Kardinall Offishall to guest on your material, more so when there’s not a major label backing the project.  In addition to dropping One Long Day, SonReal was on the road for the lion’s share of 2014 and still managed to drop a killer new single “Preach”.  While SonReal continues to hone his craft, he dropped one of the best releases of 2014, I can’t wait to see what tricks he has up his sleeve for 2015. 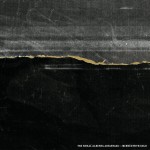 This is an album which was something of a late addition, as I only really knew the RAA’s lead single “Terrified”, which was a fantastically atmospheric folk rock tune.  However, when I fired up Mended With Gold on Deezer for the first time, it resonated with a great immediacy from that very first listen.  It wasn’t an album that would get overplayed by anyone other than me, as it exists outside of the commercial radio stratosphere (aside from “Terrified”). The record brims with fuzzy indie folk-rock, and the band eschewed the hipster-friendly whistle-alongs and handclaps for a more traditional rock sound.  Fans of The Tragically Hip and Wintersleep will feel right at home with the latest RAA release. 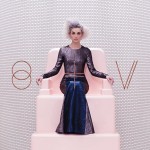 The eponymous record from Annie “St. Vincent” Clark is one of the most challenging, yet accessible albums of 2014.  The arrangements and musicality of the album could easily deter a listener on that initial spin. Personally, I strongly disliked the album my first time through and even explained to a fellow music geek that I’d rather jab sharp pencils into my earballs than give it a second listen. Once I took the hyperbole down a few notches, my next time through was far more positive as the album began to reveal itself one song at a time.  In the end, it was one of the best albums I’ve heard all year, and having the opportunity to see Annie Clark perform at Jazz Fest earlier this year really showcased her brilliance.  Her performance reminded me a lot of Jack White, but with the theatrical precision of a Lady Gaga (only in theatrics, not musicianship).  Have a listen to “Digital Witness”, “Regret” or “Prince Johnny” and see if you can crack the code of St. Vincent. 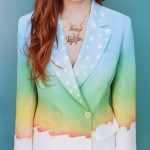 On Voyager, Jenny Lewis appears to the ying to producer Ryan Adams’ yang.  His spacious atmospheric production allows Lewis’ warm sultry tones to sweep through like a warm summer breeze.  While Adams’ work always feels like a great album to put on later in the evening, The Voyager is an album meant for a warm summer afternoon. This is a much more accessible outing for Lewis as opposed to her previous efforts, which tended to be colder and lacked the warm lush production found here. Tracks such as “Head Underwater”, “Late Bloomer” and “The Voyager” are standouts, and there are moments where you can hear glimmers of Fleetwood Mac (“You Can’t Outrun ‘Em”)  shining through. This is an album that will certainly warm up those impending wintery days and nights.