Hey music listening peeps, here’s my second part (2of2) of my top, favourite, bestest, call it what you want albums of 2014! I can honestly say that this year has been a great year for pop-sounding music, and there have been quite a few artists & bands that have grabbed my attention in the genre. I have enjoyed the instant gratification of bubble gum as opposed to the meaty & gritty music that I’ve been listening to this year.

The five albums that I’m gonna mention here are pretty much the ones that been played the most on my music player. They are the albums that have the most staying power, and a great listen from start to finish with little to no filler. None of them were mind-blowing albums like previous years, but all are great albums. And finding my #1 this year was like picking the first among equals. Here’s the artist/bands that made the top of the list… 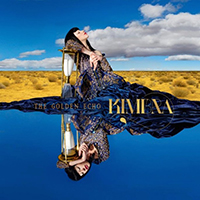 My #5 album comes from Australian pop-star, Kimbra (you know, she’s the other one from down under, apart from Lorde). She’s found her way outta the shadows of the Gotye collaboration, (track: “Somebody That I Used To Know”) with her second album, The Golden Echo. I feel that her music on this record is part of the Michael Jackson revival, a lot of pop elements can be heard here; she also dives into a bit of hip-hop. She distances herself away from the theatrical sound of her first album, but really maintains her soulfulness, which is very appealing and unique. If you can get past the outrageousness of some of the tracks, there’s a lot of musical depth here. And clocking at 1 hour, it’s a pretty stuffed pop listen. A listen that you’ll keep coming back to. 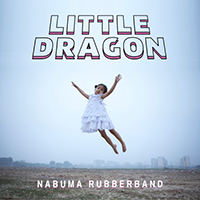 Little Dragon are an electronic/pop/indie band from Sweden. Lead singer Yukimi Nagano is amazing on this album, like every other project and past work she’s done. Her vocals really compliment the sound of the band that you’re hearing this time around on the record. The music is subtle, playful, and displays a dark undertone. It’s like picturing yourself walking downtown on a Friday night, in a city of bright lights.

Songs like “Mirror” come out with this amazing fantasy-like atmosphere, with so much build up, but unfortunately don’t lead into anything special. The album does take a hit for being complacent at times, but not enough for making it not a great listen. Where Little Dragon really shines, is in songs like “Paris”, “Pretty Girls”, “Klapp Klapp”, “Let It Go”, “Cat Rider”. Those songs in particular are sensual, soulful and just plain electronic ear candy. And just a quick nostalgic note, many of the tunes you’ll hear off the album resemble the pop/dance craze of the 90’s. 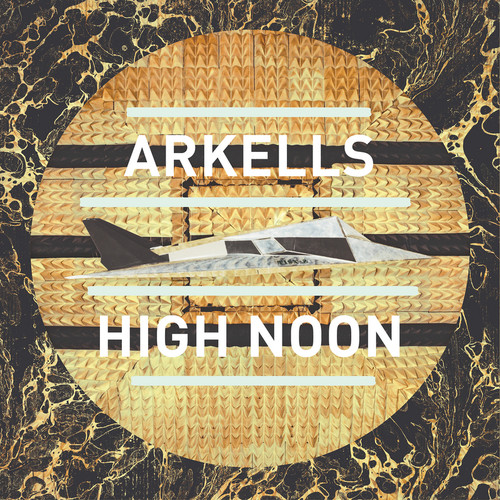 This is the brilliant pop-rock album that I’ve been talking about, by Arkells. High Noon is my one album to be listening to, for a night of hanging out with friends. The Arkells remain that upbeat Canadian-rock band, similar to bands like The Trews, but have adopted the modern colourful sounds of Foster The People. You’ll also hear a bit of an 80s-ish pop sound from tracks like “Dirty Blonde” or “Come To Light” which both kind of remind me of David Bowie‘s “Modern Love”. The songs on the album are cheery, and much of the hard-rock roots are really lost on them. I really enjoy this new direction, which on any other day I would have much disagreed with.

My instant favourite track on the album is “11:11″, which is a bit of “guy meets girl” at a bar song, it’s a bit too “blah” for me lyrically, but the song is just too catchy, and vocals are so well done. Another pop-song, “Hey Kids!”, has a pretty upbeat chorus. Also the “Ooh ooh ooh ooh” part on “Never Thought This Would Happen”, very Pulp, “Disco 2000″ -like. 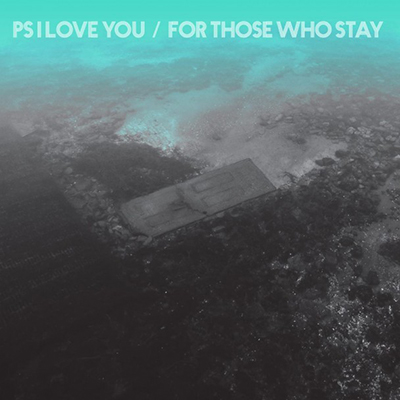 From the harsh vocals and rough sounding guitars in the opening track, “In My Mind At Least”, to the infinite looping, for the road thrashing rock ballad, “Hoarders”, this album has it all with, in my mind, no filler. This album beings me back to the late 80s of Seattle punk-rock. Here you have a couple of geeks pushing out some really thrashy rock music that sounds unclear & over-distorted, totally blurring out the lyrics, with such a drowned-out sound. And I bet these guys are having as much fun as they’re playing their music, as I am listening.

I love this album for its originality; songs like “For Those Who Stay” just ooze with great guitar fuzzyness, and just pick up into some amazing rhythm guitar. Who does this? Seriously…nobody. Another track that I recently fell in love with off this album is “Friends Forever”. Everything comes together so nicely, and with this amazing guitar solo. From a track-to-track perspective, it’s just one psychedelic journey after another.

Must-hear tracks: Advice, For Those Who Stay, Friends Forever 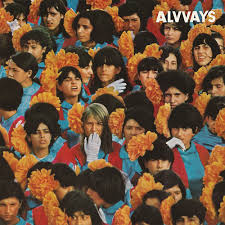 Finally my #1 album of the year, comes from PEI’s Alvvays (yes! another band from the East Coast). I just keep coming back to this album for its nostalgic charm. The first song, “Adult Diversion”, brings the album into full swing, with its aura of sunshine, cornfields & rainbows. The kind of power pop that’ll remind you of bands like Best Coast & Ariel’s Pink Graffiti. The one track that really sticks out on the album, “Archie, Marry Me”, will remind you of being at a wedding reception party; with its large hall sound full of reverb, it’s a really fitting title for the song (and see the video above).

I find that the vocals seem quite amateur on the album, but from its quirks, it just feels right. Lyrically, most of what you’ll hear is pretty memorable, especially from songs like “The Agency Group” which take similar cues from earlier artists like Morrissey. The band also has this way of going back & forth with each song, with either this dreamy ballad or this high-tempo pace throughout the album. One of my favorite upbeat songs, “Atop A Cake” is just so god damn catchy, I haven’t heard anything this good since Camera Obscura‘s “If Looks Could Kill”.

Sure, I’ve pulled quite a bit of comparisons, maybe this is a hint at expanding your musical horizons, but there’s no denying that this album stands out among the rest of them this year. And it lands as my #1 album for 2014.

Must-hear tracks: Adult Diversion, Archie Marry Me, Atop A Cake