Hey readers and music listeners alike, this is how you make a top 10 list of albums for the year.

Now I know what you’re thinking, this should be pretty easy, you’re probably saying to yourself, “I’ll just take my favourite albums of this year, and put them in order from least favourite to most favourite, or vice versa”. Well, I’ll tell yah, unless you want to look like a music geek who doesn’t know what they’re talking about, your top 10 list is gonna look pretty silly, and you’ll be discredited for any musical credibility. You see, there’s a bit of a logical explanation when making your top 10 list that you need to know, which I’ll explain from going through each individual ranking.

Yes, that’s right, you’re not just going to post all of your top 10 in one big clusterfuck, each ranking in your top 10 is gonna have to mean something, and there’s only one way to go about it. Here’s the rundown on how to make it popular…

If your #1 album is by an artist that is too popular or unpopular, (let’s say Mariah Carey, Coldplay, or U2), you’re probably gonna lose credibility in the lack of depth that you are suggesting for the rest of your list. To play it safe, check other lists, specifically online music magazines run by hipsters, and make sure that your #1 is the same #1 listed on their website. This will justify the legitimacy of your own list.

Second, you must make your #2 the most abstract, dark horse album of your list, that you think most people haven’t even heard of. This is the kinda music that would make your friends & co-workers ask you, “what are you listening to?” in a disturbed or curious way. We don’t want it to top the list, but we want it ranked just high enough. People won’t question your legitimacy for that shiny #1 you posted earlier, and will think highly of your music IQ.

Third, your #3 must be your favourite album. Forget ranking it as #1 & #2, you know this album is good. It’s quite possible that others will enjoy it too. (Give yourself some credit, if you made it this far in the list, you’re more than likely a music critic.) It’s also possible that people will disagree with this album, but you won’t have to worry, it’s not your top album anyway.

Fourth, your #4 must be an album that you know most other people will enjoy, or suspect they will like, and it also has to generally be a good album. Usually by an artist/band that has a good fan base. That way, when people go to read your list, they won’t think that you’re a straight up music snob, for not knowing the first 3 albums on your list.

Fifth & finally, your #5 must be an album that you enjoy, that is secretly your #1, but are too afraid to put it as your #1 based on the poor reviews it has gotten. Screw those music critics, they dunno what they’re talking about half the time anyway. It’s also quite possible that you’re embarrassed to put this album on the list. Maybe it’s the latest pop craze, or maybe it’s an album that drives you out of your comfort zone. But hey, it’s enough for people reading your list to know that you are actually human.

The rest of the list, if it be a top 10, or a top 25, or god help us, a top 50, is just peanuts. Put in some Mother Mother & Foster The People, you know, those artists/bands that only have one or two good songs off their album anyway, and just call it a day. I hope these pointers helped you out, and I hope you make a list that’s half as good this one. 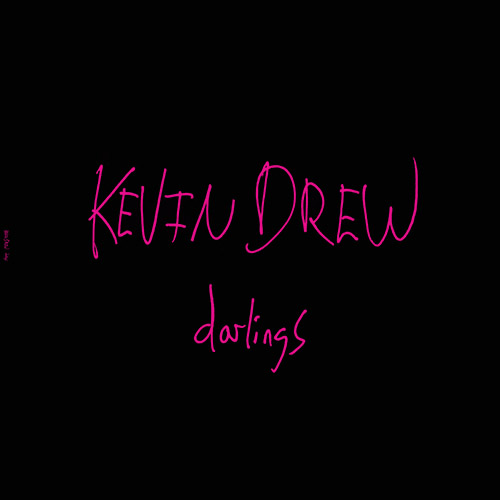 When building a top ten list, it’s not your #1 that’s the hardest to decide, it’s your 8th, 9th and 10th spot. It’s what stays in your top 10, and what you decide to leave out. It’s not easy. But with an album like this at #10, you have to think to to yourself, if all the albums that you’ve heard in your top 9 didn’t exist, what would be your number #1 album of the year? And I think Kevin Drew‘s Darlings would fit quite nicely at the top.

My only issue with the album is that I’ve had a limited time to listen, after just discovering this album last month during Halifax Pop Explosion when he played an awesome performance at the Marquee. Sometimes these albums need time to sink in, but needless to say this is a very enjoyable listen. This album dives into very familiar Broken Social Scene territory, feeling like a continuation from 2010’s Forgiveness Rock Record. The resemblance of some of the songs is kinda welcoming for fans, like the track “Good Sex” sounds a lot like “Lover’s Spit”, “It’s Cool” sounds like the Emily Haines cameo of “Sentimental X’s”.

All in all, it’s not as ambitious nor playful as previous work, but definitely touches on the spiritual side that is Kevin Drew, and almost quite sentimental. I think the strongest part of the album is the song writing, and with the sound of Broken Social Scene, you have a winning combination. 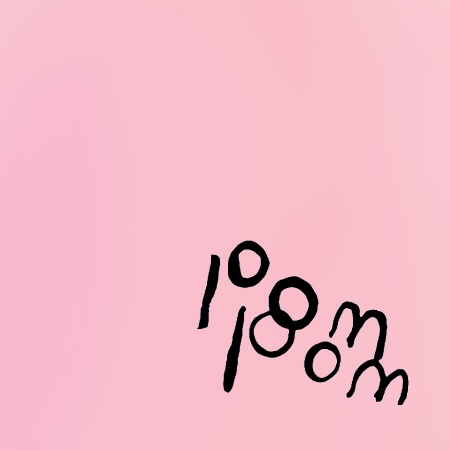 This is the most eccentric, and cringeworthy album of the year, or maybe the decade, or maybe even a lifetime. But you gotta admit that Ariel Pink is absolutely brilliant on this album. This reminds me of a modern day version of The Beatles‘ drug influenced era, minus the drugs, less psychedelic, and more-so Ariel Pink’s weirdness. And also the new wave music of the 80s can be heard here. What makes this album so good, is that it’s so entertaining. It takes so many risks, and it’s just-outside-of-the-box thinking.

“Put Your Number On My Phone” is catchy, and reminds me of the Casino Taxi song in Halifax, or that Yellow Pages commercial that used to air back in the 80s. Song of the year, quite possibly. “White Freckles” is another song trapped in the 80s, comparatively to a band like The Human League. It’s almost like I want to take this album, and start up a 80s playlist. And don’t get me started with the song “Lipstick”, with this Asian sunset vibe throughout the track, it’s so so good. Not every song is to my liking, and you’ll probably agree, but there’s enough joy candy for everyone to enjoy the record.

Must-hear tracks: One Summer Night, Lipstick, & Put Your Number On My Phone 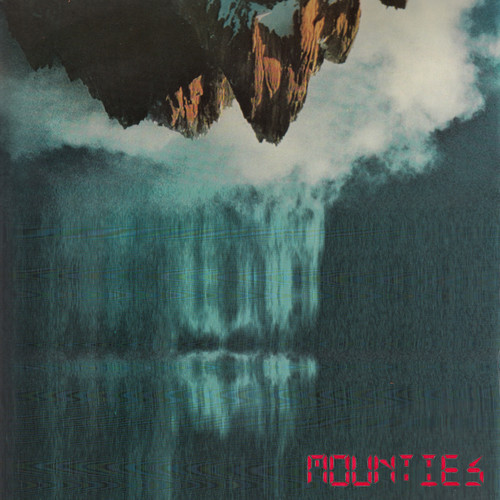 If I could sum up the Mounties‘ self-debut Thrash Rock Legacy in one word, it would be the word, “whimsical”. It’s like a bunch of highly experienced musicians came together and said, “let’s have some fun making this rock record”. And that’s what they did. The album is fully aware of itself, as heard on a track like “Headphones”, and is lighthearted. It makes for very enjoyable listening, for when you’re driving in your car, or hanging out at a party. Chances are, they’re the band that will set that mood for a fun night.

Just a quick note… there’s a lot of material on this album I would recommend, that on a single spin through you might miss, that’s been overshadowed by more radio friendly songs. Instantly, the track “The Twig & The Tree”, it’s like listening to “What Does The Fox Say?”, without the silliness of dressing up in a fox suit. Instead of the obnoxiousness, and even when compared to Steve Bays‘ previous work of Hot Hot Heat, the vocals have this charm of luring you in instead. And a song like, “Minimum Effort”, with its insane keyboard and guitar playing. It just explodes with color and rhythm. Makes you wonder why this album is only #8, in a list of ten albums. 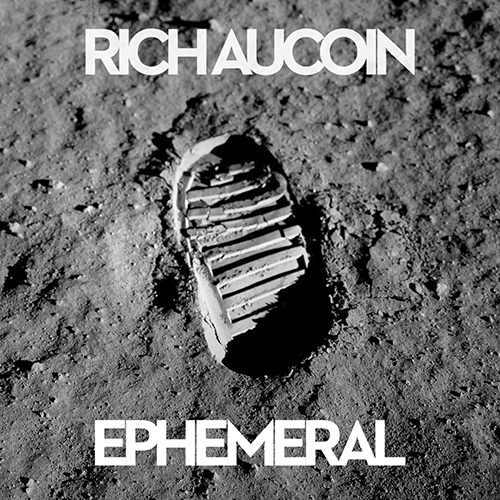 It’s been a few years since I’ve had an artist/band from our East Coast scene land on my top 10 albums for the year, that being Hey Rosetta!‘s Seeds album back in 2011. Often more than not I’ll miss an artist’s album, only to listen to them a year later. That’s not the case with Rich Aucoin‘s Ephemeral, as I’ve pretty much gotten to know this album by seeing his live shows, well before the actual release. And that’s enough to change one’s perspective of the album, in the approach to doing a review.

On the weight of his highly energetic, lively performances, nothing is lost off the record though. Songs like “Want To Believe” & “Are You Experiencing?” really pack a punch, while “City I Love”, & “I Am Sorry” maintain its emotional sincerity. This is one indie/electronic album that you can’t miss out on. I’ve mentioned in the past that… “this album is a celebration of sorts that connects to the listener on both a spiritual and emotional level” & “the energy of the music is alive, and the lyrics are an integral part of the songs, as to the natural concepts of living our life, and being connected to the things that we dearly hold on to”.

Yeah, so this album is definitely a personal favourite of mine, especially in that it hits home. And it’s awesome that we have an artist like this representing Halifax!

Must-hear tracks: Want To Believe, Are You Experiencing?, & Yelling In Sleep 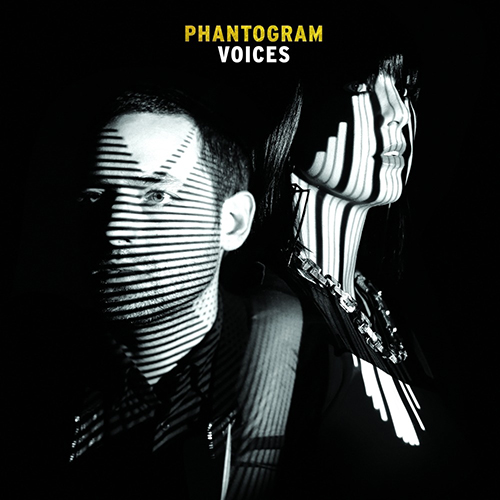 Before you go on reading my blurb on the #6 of my list, be sure to crank up the speakers, and listen to that track above. That my friends is the New York-based duo, Phantogram, from their latest released album, Voices. They prolong the trend of indie-electronic artists on my list, and yeah… there will be a continuing string of them that will appear on my top 5.

To me, no one does electronic music like Phantogram. They’ve mastered their craft in repeating beats in such a way that is so catchy, and more mesmerizing than any other band I’ve heard. And that to me is pretty badass, especially the material that I’ve been listening to off of their latest record. Their sound is like taking a rock band that wants to play hard/electronic music, and throwing elements of hip-hop into the mix.

Songs like “Black Out Days”, & “Fall In Love” really stand their ground on this album, like PACMAN eating the ghosts in the arcade. The songs are flashy, they stand-out, and they’re quite rewarding after a listen, making you want to play them again and again and again. “Howl At The Moon” sounds like a track that would fit in a Quentin Tarantino film, it’s totally gangster, and full of action. And if the “in your face” tunes aren’t quite to your liking, there are songs like “Never Going Home”, and the beautiful “Bill Murray” that’ll strike a different chord with you. Yes… the famous comedian has his own song! And that’s badass too.

Anyhoo, that’s it for now. Be sure to check out HAFILAX DOT COM & Halifax Bloggers as I hit up my top 5 albums of the year, very soon. Trevor & Jeff will also be throwing up their top lists on the site, in the coming week or so (they probably won’t be as good as mine, but hey, they’re gonna try). For the latest concert news, and reviews you know where to be.