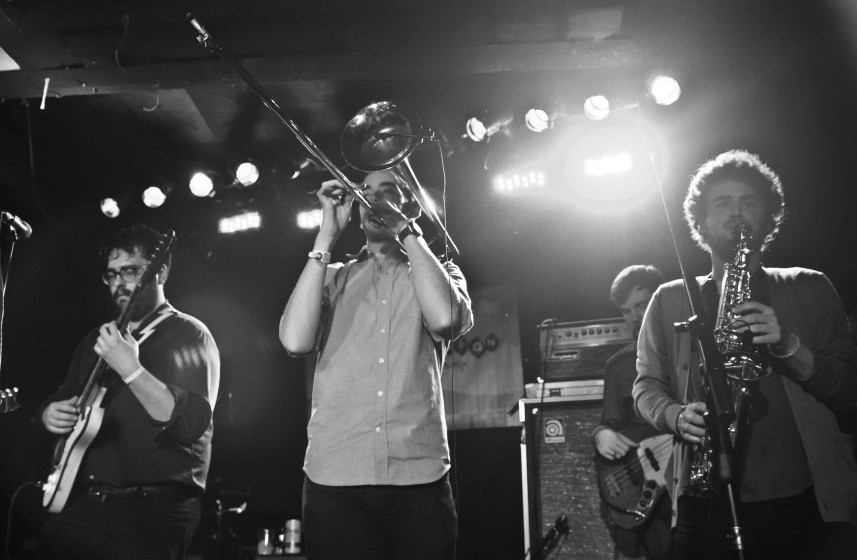 Friday night’s edition of the Halifax Pop Explosion began with a bang and ended with a thud. With the first three days of the festival down, there was some brief hesitation over how I was going to proceed with Day 4. Due to a daily grind which consisted of late nights followed by early mornings, a large part of my inner monologue debated taking the evening off, but the music fan in me knew that this wasn’t going to happen. Once the passes were obtained, I knew full well that at some point I would need to find that extra gear and power through the Explosion exhaustion. This is what I was set on doing, in order to make it through the weekend.

After flipping through the schedule, it was an easy decision to start with some good ol’ local talent and so I headed for the Casino Nova Scotia Harbourfront Lounge. Having spent the previous three days listening to bands from out-of-town, tonight’s opening set would allow me to have the opportunity to enjoy some homegrown talent and really see how they would stack up.

NOTE – I had previously posted a review of the casino show (which can be found over here), so let’s just move along and get into the rest of the evening.

In speaking with Justin prior to jumping out for the evening, a decision to travel together was made.  I only mention this because I have to admit that I learned an extremely valuable lesson that evening:   when you are show-hopping and you land at a show/venue that you either love or hate, there’s a good chance that the other member(s) of your travelling party will have the complete opposite feeling about the show (we’ll touch a little more on this in a bit).

With Willie Stratton closer to the end of his set than not, we took off and made our way to the Marquee. Rumbling through the door, my eyes and ears instantly found themselves transfixed on what was happening on stage.  With a band configuration which consisted of both guitars and horns,  I have never had the opportunity to take in Panos (the band on stage) prior to this evening, but have to admit that I was happily surprised with the sound coming through the speakers. The songs were well plotted out, allowing for a great mix of both sweeping guitars and jazzy horns. The band also did a good job of maintaining a rocky feel while gently dipping its toes into some jazzy waters.

The next act to take the stage was Kevin Drew (a member of Broken Social Scene – BSS). I will admit that by no means am I fan of Broken Social Scene, their music seems somewhat aloof to me and I really can’t put a finger on the reason. I’ve tried many a time (on the recommendation of friends) to dip into the band’s discography, but always find myself five songs in on an album and wanting nothing more than to get out. However, I’m also not a fan of rap / hip-hop, but enjoyed the heck out of the SonReal show two nights earlier, so I do have the ability to focus on what is happening and appreciate it for what it is worth.   Unfortunately the only thing appreciable with this show was the chaos that would soon ensue.

With a large crowd filling up,  Drew began the show with a spirited energy that would soon fall flat on its face thanks to a broken guitar string. It’s hard to believe that a broken guitar string would bring an entire show to a halt, but that’s exactly what happened. It was at this point that my mind began to roam and Drew officially lost me. Why it took five minutes (but felt like 20) to throw one string on a guitar is beyond me, but certainly begged the question as to why Drew didn’t have a backup guitar on hand. To me, this falls under the category of common sense. (I would have hated to see what would have happened if two strings broke…..)

From there, Drew mixed in a few BSS tunes along with his solo work as he switched between an electric guitar and an acoustic. It appeared that those familiar with the songs were more than happy to partake in the noise which was emanating from the stage, however it did appear that there were more than a few people who seemed completely disinterested in the music being created. It was this set which led me to two conclusions.

The first was that carpooling to shows when you are unsure you are going to like an act is not a good idea. Justin was enjoying every minute of this set and I was ready to leave five minutes into it. However, the love of music would prevail and I would end up spending the entire hour trying to figure out what the infatuation with BSS and Kevin Drew was. The second conclusion was that there is no way that I will ever find that secret decoder ring which is clearly needed to establish a connection with either Kevin Drew or his BSS comrades. 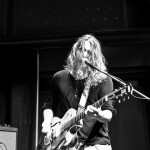 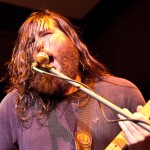 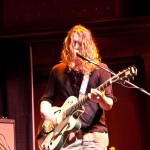 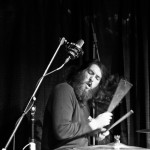 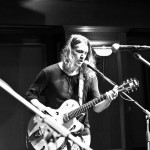 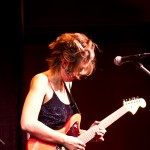 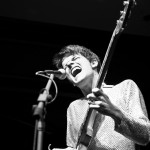 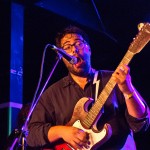 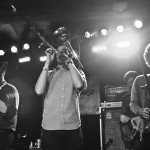 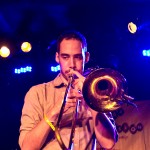