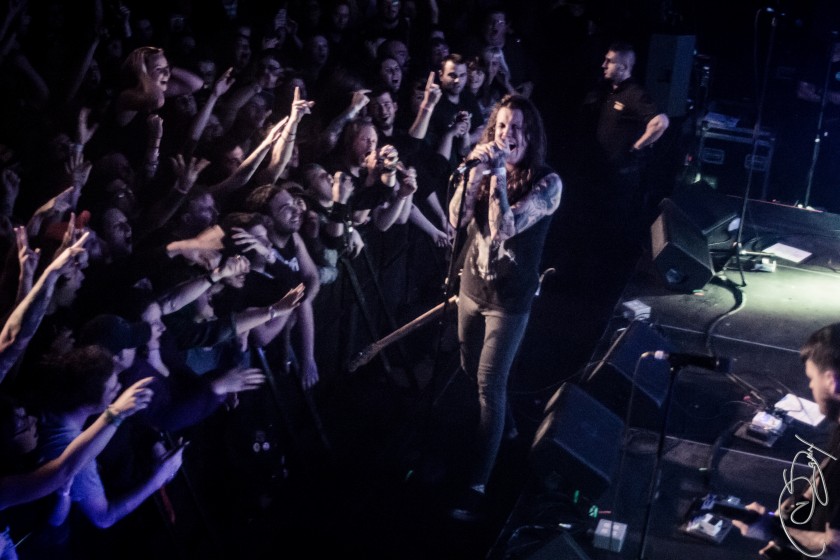 So when we last spoke, Badbadnotgood had wrapped their set without any special guests and played a wholly enjoyable show. Then the moment was upon us where we would be treated to a pair of performances from two emcees from the vaunted Wu-Tang Clan. Now, if everything went according to plan, I’d see the entirety of one set and the majority of another before heading over to Olympic Community Hall to catch the Like A Motorcycle set, before settling in for Against Me!.  It was quickly becoming evident that as sound a plan as I may have had, it was not meant to be as the changeover was taking an increasingly long time.  As the minutes ticked by, the crowd began to turn a bit grumpy which was made apparent by the “Boo-Tang” chant that broke out (as we were now a good 45 minutes into the intermission). This didn’t stop the meet and greet going on in the photographers’ pit, as we had an opportunity to sit and chat amongst ourselves about who we were covering the show for (shout-outs to www.secreteast.ca and www.eastwestmelody.com). Word then started to circle that the two emcees would be performing together. At about the 80-minute mark, there was some activity on stage as a couch was brought out.  Not long after said delivery, the 2 headliners  bounded on stage and proceeded to tear into “I Can’t Go To Sleep”. The crowd’s former hostility melted away, forgiveness for the delay was granted, and a room of fans loaded up with anticipation and frustration erupted with jubilation. The two emcees traded both verses and songs back and forth for the early part of their set, both emcees taking obligatory breaks to lounge comfortably while awaiting their turn at the mic.  As the night was already well behind schedule and my opportunity to catch Like a Motorcycle had long since passed, it was time to either stay put or to head out to catch Against Me!.  As much as I would have loved to stay to see The Chef and Ghostface dig into more of Wu-Tang’s work, I didn’t want to miss the Florida Punk outfit’s set. I left a packed Halifax Forum MPC and rushed over to the Olympic Community Hall, making it in time to hop into the pit to grab a couple of shots, before retreating to the balcony to watch the rest of Against Me!’s set.  From the moment I stepped into Olympic Hall, not once did I wonder what I was missing back at the Forum, it was apparent I had walked in on a mutual love affair between a band and its rabid fans. Since Against Me’s last visit back in 2006, the band has undergone a few line-up changes and has recorded some of its strongest material in those 8 years (including one of 2014’s best albums – Transgender Dysphoria Blues).   Laura Jane never missed an opportunity to get up close and personal with Against Me!’s legion of bands, diving headlong into the crowd on numerous occasions, even taking the opportunity to duet with one of her fellow crowd-surfers towards the end of the set (much to the delight of said fan).  The set list was masterfully crafted and spoke to both the casual and hardcore fans in attendance, as it drew from the band’s entire catalogue while showcasing the well known fan favorites such as “FuckMyLife666”, “I Was a Teenage Anarchist”, “Trash Unreal”, “Black Me Out” and the title track of the aforementioned “Transgender Dysphoria Blues”. Watching Laura Jane Grace as she grinned ear to ear, and the sheer enjoyment the band was exuding on stage, I knew this was where I was meant to be.   The band was as happy to be on stage playing on this evening as the crowd was to sing right along with them.  This was one of those special HPX nights where the crowd and band were perfectly in tune and made for a memorable evening (even if I missed Nick Thune, Like a Motorcycle and Badbadnotgood joining the Wu on stage for some classic 36 Chamber material).  It was a definite highlight of HPX2014 to witness the Against Me! set and we still had two nights to go. 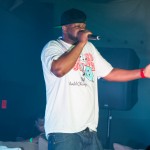 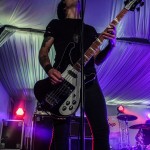 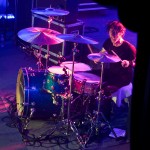 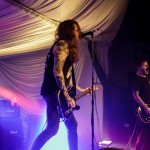 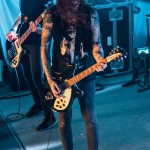 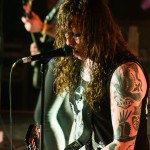 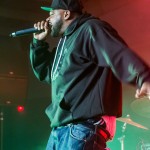 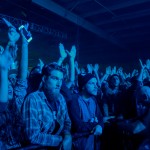 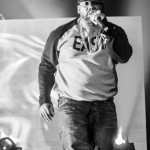 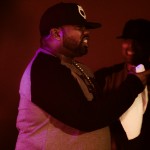 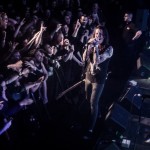 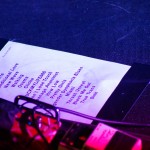 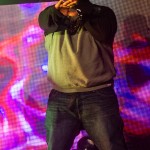 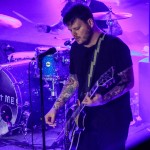 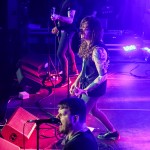 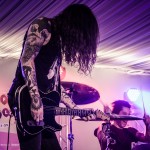 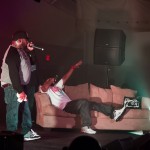 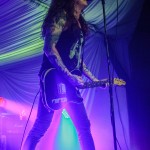 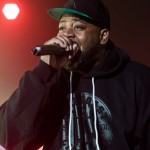 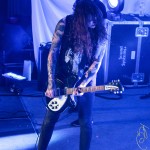