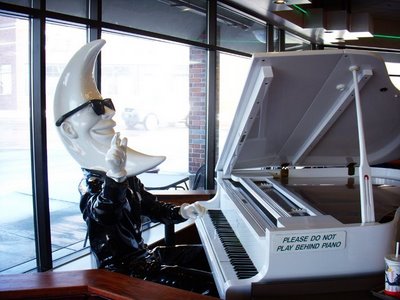 Earlier this year PEI’s own The Meds released their debut full length album South America, which unto itself it a fantastic slice of power pop.  After a few spins, I found that the titular track of the album had lodged itself deep inside my head and now I hope to pass along that enjoyment to you and hopefully you’ll find yourself a new ear worm here and delve deeper into the band’s debut album.

When it was announced that Gerard Way was going to release a post-My Chemical Romance album, I will admit my emotions were a bit mixed, as MCR’s early work is pretty great, and The Black Parade set a bar which was forever unattainable and the band’s success doomed it to failure.  I didn’t quite know what to expect after hearing the teaser cuts,  but “No Shows” showcases a great fuzzy glam rock sound which seems to depart the MCR sound without isolating the fan base which should follow Gerard along.

While Halifax Pop Explosion 2014 will feature the likes of Ghostface Killah, Raekwon and Danny Brown, it will also mark the return of SonReal to Halifax.  This silver-tongued emcee has been out on the road for the last little bit, but that hasn’t cut into his time to drop new singles such as “Preach”.  Let this serve as an appetizer to his visit later this month, don’t sleep on SonReal, he is a sharp emcee who is only on the rise.

There’s nothing wrong with some brand new Cold War Kids music.  “All This Could Be Yours” is the lead single from their upcoming release which drops later this month.  Go easy though, once this catches on, you’ll be hearing it everwhere.

I’ve been a fan of a slew of bands over my lifetime, but there are a handful who still resonate with me like they did the first time I heard them and the Watchmen are one of those bands for me.   I realized earlier this week that 2014 marks the 20th anniversary of their sophomore (breakout) album In The Trees and in doing a little digging to see what the band has been up to, I discovered they’ve been playing a bit around the Toronto area (I’ve been able to catch them twice here in Halifax, and the first show’s lack of promotion is what sparked the idea of HAFILAX 1.0), and now thanks to the power of this wild digital library thingy called the interweb, I present to you the Watchmen performing a new tune entitled “Trampoline”.  Enjoy!