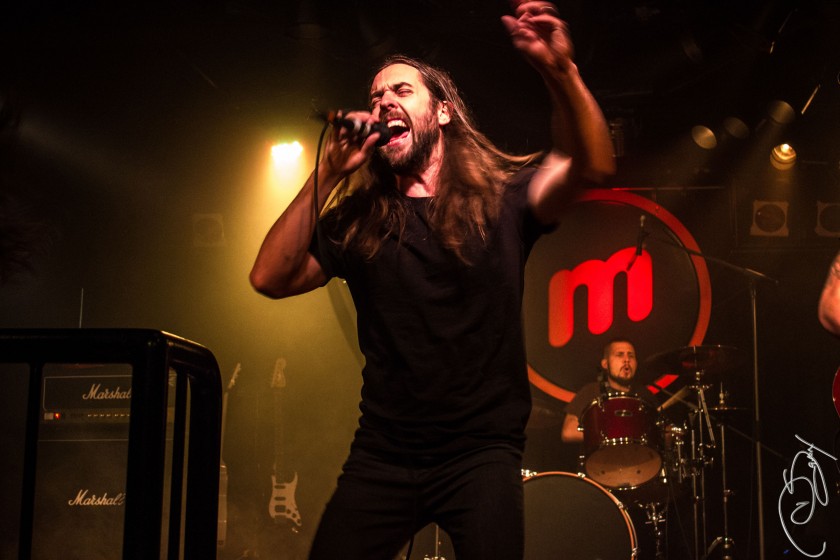 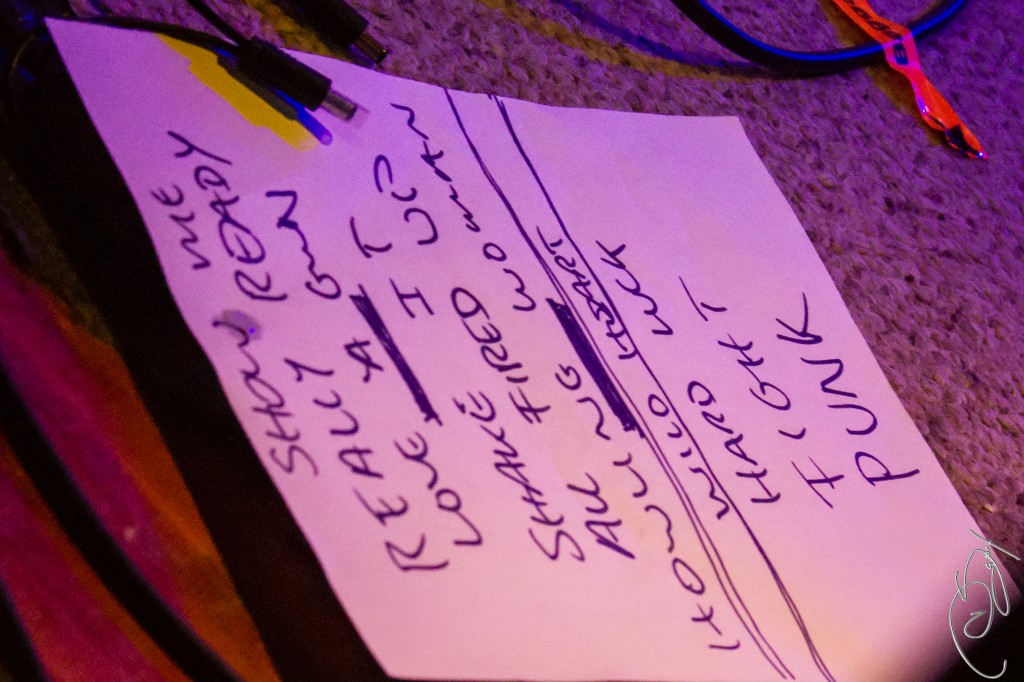 When you come across a Bar/Club owner so excited about a band who is out on tour, to actually line up an alternate venue in which the band can play, there might be something worth checking out.  Even if it happened to be a show which was best suited for a messy weekend outing, the window of opportunity presented itself on the eve of the Halifax Pop Explosion (which we would be covering). What were we going to do, pass on the chance to see an exciting hard rock band who hail from the Central Coast of Australia?  I dare say not, so we grabbed the camera gear and headed to Monte’s. 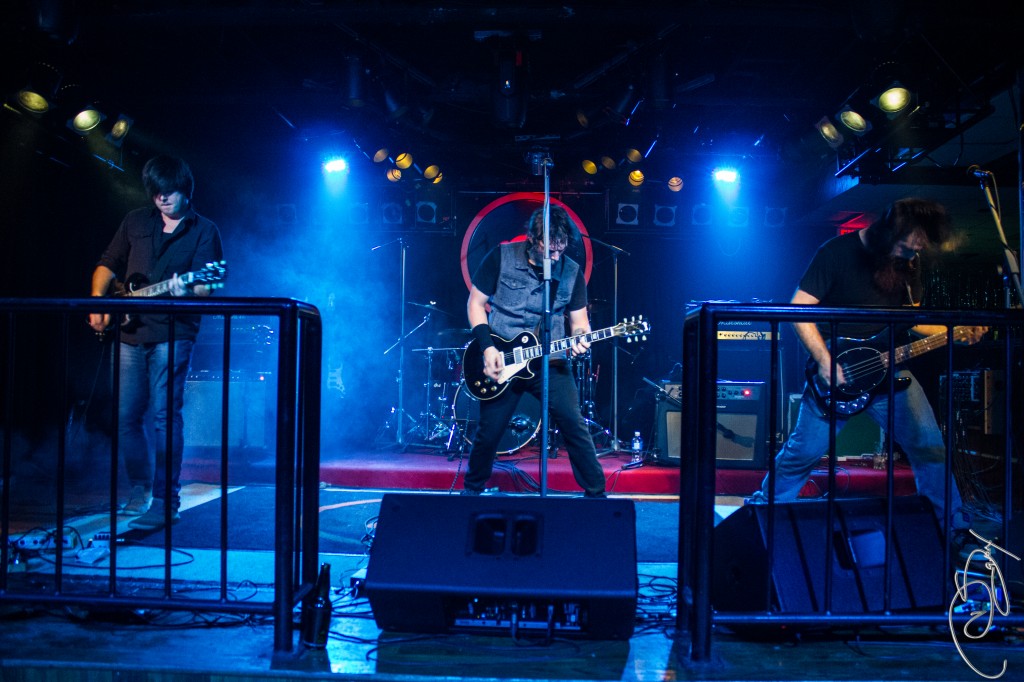 Upon arriving at the venue, Halifax’s own Black City Avenger were warming up the crowd with their brand of crunchy straight-ahead rock and roll. As stalwarts of the local rock scene, the band is a tightly wound, well-oiled machine and churned through its material to an ever appreciative crowd.  BCA are a band I’ve always heard puts on a solid performance, and tonight was no different, they were the perfect choice to open up this somewhat impromptu show. As the band blasted through their final song of the night, the stage prep started. 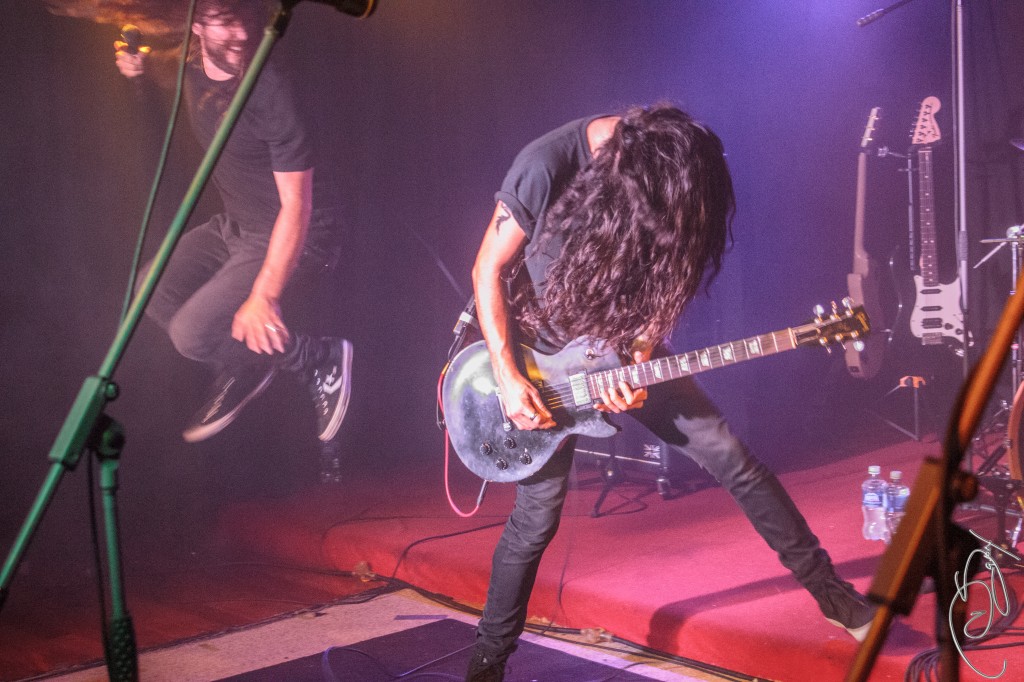 As the video screen began to retract, people headed to the dance floor for what was to come. The Lazys (Leon Harrison – Vocals, Mat Morris – Guitar, Glenn Williams – Bass, Liam Shearer – Guitar, Jay Braslin – Drums) stormed the stage and tore into their opening track “Show Me What You’re Made Of” from their recent eponymous release. The band is a refreshing blast of 70s/80s era hard rock; there are punk elements, but if I left Monte’s and the parking lot was awash with a sea of Cameros and Trans Ams I wouldn’t have been shocked. The Lazys are as much an unabashed throwback as they are a forward looking act. The Lazys reminded me of an early incarnation of their fellow countrymen AC/DC, but there are definite elements of Motorhead in the band’s sound as well.

The highlight of the show was towards the end of the band’s set, and front-man Leon Harrison implored as to whether or not the crowd wanted to hear some blues guitar. The crowd enthusiastically responded and I think they got exactly what they wanted and then some. Lead Guitarist Mat Morris noodled his way through the dance floor to the dining area and leapt onto a table in the middle of the floor and continued to shred through his solo while someone steadied the table.  It was one of the highlights of the night.  All in all, this was a Monday night show which did not disappoint in the least as the Lazys are certainly one of the most exciting young bands out on the road; when (and if) they return to these parts, you can almost guarantee they’ll be poised to play a much larger venue. Those in attendance for this show received some massive bang for their buck, and the Lazys garnered a new legion of fans. 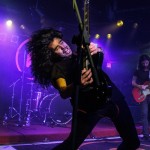 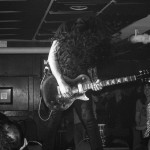 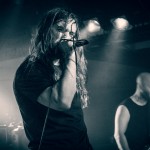 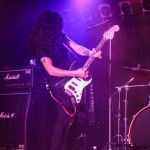 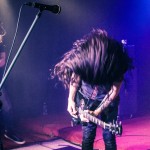