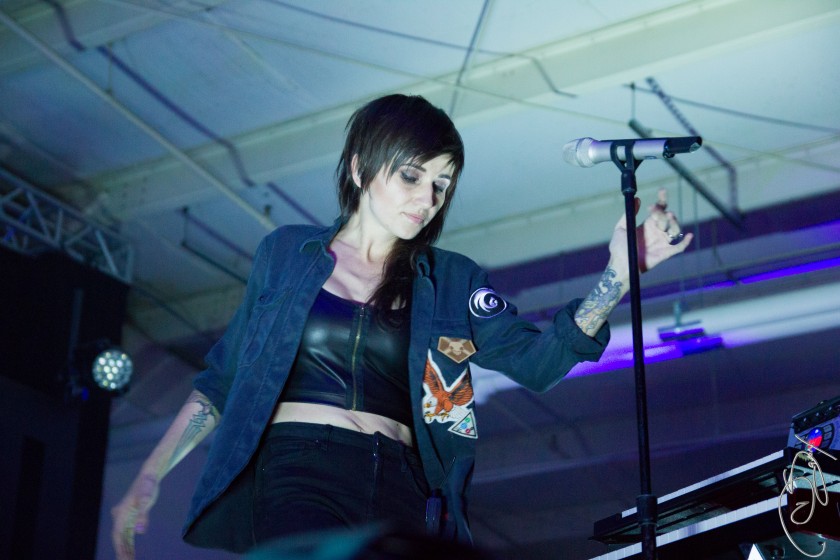 This was the night where the plan came together.  It was one of those nights where I made sure to carefully formulate a game-plan which would ensure I wasn’t missing any of my targeted acts on the first truly packed night of shows. It went almost to plan, aside from the fact that I realized I skipped supper at about 9pm, at which time a quick slice remedied.

After a long day at work, I headed downtown and swung by Durty Nelly’s to grab Jeff who was having a beer before a night of shows; from there we headed to the Forum MPC for the SonReal, Rush Midnight and Lights show.  It was quickly evident upon our arrival, that this was a show clearly not aimed at our demographic, as a large part of the audience was comprised of teenage girls and a spattering of their male counterparts. Soon enough the lights went down and the show began with the first act of the night. Aaron ‘SonReal’ Hoffman (an emcee from Vernon, BC who could easily be considered the West Coast Classified) strode onstage and proceeded to tear through the lion’s share of his recently released full length record One Long Day.  His singles “LA”, “Believe” and “Everywhere I Go” were crowd pleasers, but the truly impressive thing was how SonReal dominated the stage and kept the crowd engaged; he strutted across the stage with the confidence of a seasoned stand-up comic.  His entire performance felt well-oiled (as expected since he has been in the midst of a US tour for the past few weeks). You could also tell that he dialed his banter back to be parentally friendly, but that was not the case for his 1am showcase at Reflections.  All in all, SonReal showcased his talent and got the crowd pumped up for Rush Midnight and Lights; I was looking forward to the 19+ show later that evening. After a quick change over, Brooklyn’s Rush Midnight took the stage bathed in obscuring red light.  The band had an interesting 3 piece set up, but their brand of subdued electro pop felt more akin to bands such as The Cure and New Order, than a more upbeat pseudo-electro band such as The New Deal. Rather than continuing to pump the crowd up in anticipation for Lights, they proceeded to both deflate and perplex the listening audience.  It wasn’t until the final pair of tracks where they tried to bring the crowd back, but Rush Midnight felt a little too into themselves to care. Needless to say,  Lights couldn’t come out soon enough. Rush Midnight finally cleared out and allowed the final changeover to take place.  It wasn’t long after that the elfishly petite Lights took to the stage, and charmed the crowd with her infectious electro-pop tunes.  I only knew her material through pop radio, and from her numerous appearances on MuchMusic, and I was delightfully surprised at how accessible and universally appealing her sound is.  She was the early surprise of the evening, and would be an artist I’d search out next time she’s in town. Sadly, we headed out about halfway through her 17 song set in order to catch Glory Glory and Tokyo Police Club at Olympic Hall. 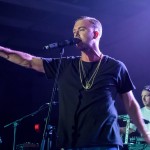 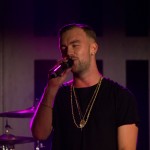 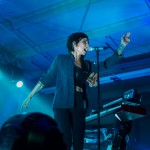 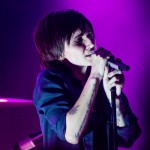 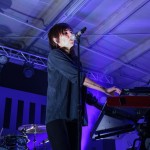 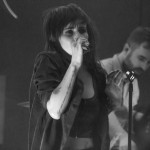 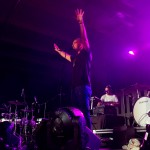 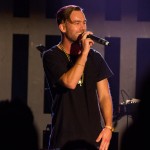 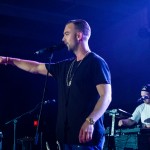 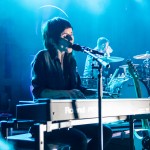 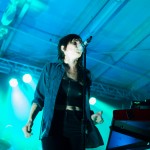 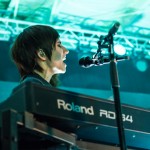 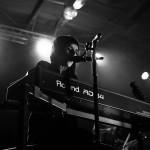 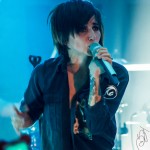 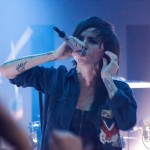 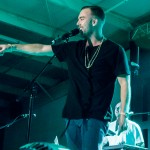