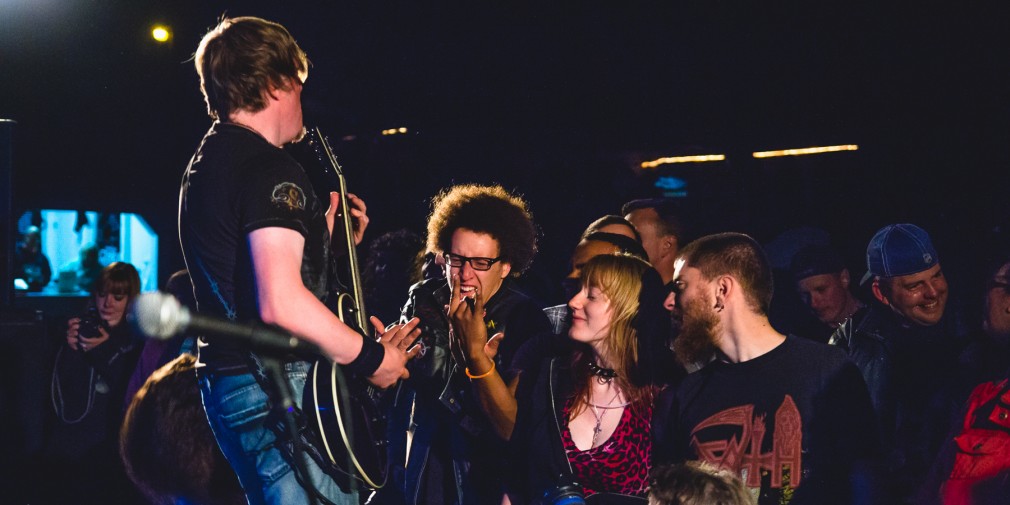 As a casual concert goer, who’s been hitting up shows around 2 or 3 times a month for the past 15 years or so, I don’t get overly excited about seeing live music anymore. Sure I might get excited over the latest band to hit the internet, that I think is the next big thing since sliced bread. But if I have known the band, and have listened to them for years, sure it’s great to see them, but it’s usually nothing special. And really, if you haven’t even heard of the band, there’s really nothing to go by, that’ll make you really excited. But I think there’s a bit of an exception, especially with the Maritime Metal & Hard Rock Festival.

Going into the Maritime Metal & Hard Rock festival this year, for it’s second year, I knew a few bands that had played last year, that were returning such as Chaos Theory & Hitman, who I really enjoyed. But going through the list of the line-up of bands, I really didn’t know any of them. And for that, this festival was just gonna be another casual go.

Upon arrival at the camping grounds at Fox Mountain where the festival was set up, I met up with few familiar faces & new, passed by some other music goers who were psyched & dressed to kill. And after checking out Vanquisher, Try Dying, and Forward Unto Dawn, who all really kicked me in the ass. Man, right there and than, I was really feeling the festival. 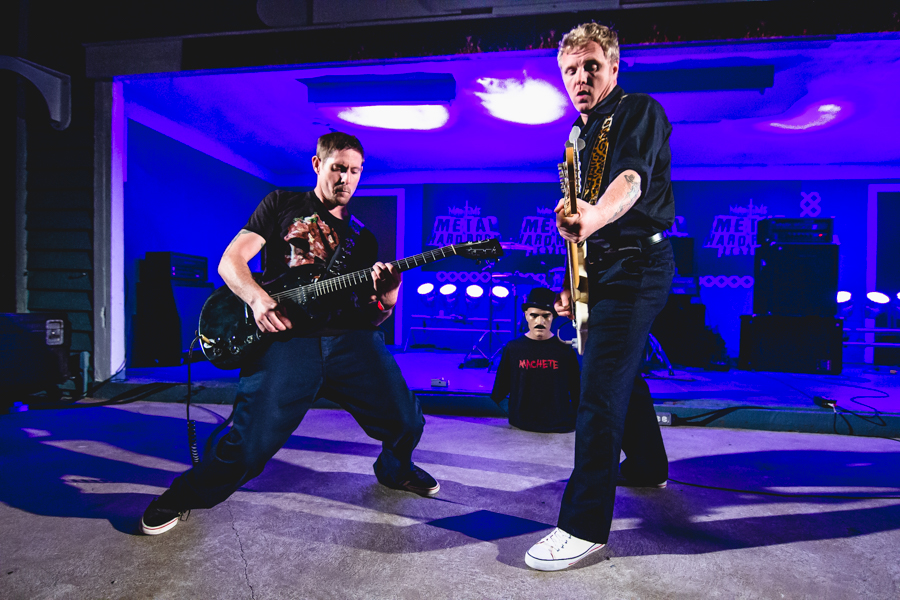 Just something about the festival, that really just makes me subliminally want to be there. The bands that I haven’t even heard of are just putting on a great show, people are just having so much fun. There’s this sense of community happening that I don’t get anywhere, except here with these metal & hard rock fans. People here are very considerate of each other. I accidentally ran into somebody within the mosh pit, having a couple of drinks, they were all apologetic, and all of sudden you’ve met a new friend. It’s pretty amazing.

And you know what else if pretty amazing? This year the fans were able to go up close to the stage as the barricade was open, to where the artists were performing. Not very common for a festival of this nature. But you know what happened? The fans were right into bands, and the bands themselves were letting their fans shred into their guitar. The band, and fan comradery was there. It was live, and it was happening.

It also didn’t matter if you were old or young, everyone came for the music they love. And this year, I thought they had a very good balance between the different genres of music within the line between metal & hard rock.

I also liked the fact that they brought in some very nice lighting this year, as watching the bands play at night was visually appealing. Especially for the photographers who came out to take some pictures, including me. After the show, there was many of us to spam social media with their awesome pics. Though, speaking of visually appealing, I would love to see some more female artists, and bands play next year. Bands like Pack AD, and Like A Motorcycle would fit the bill quite nicely. 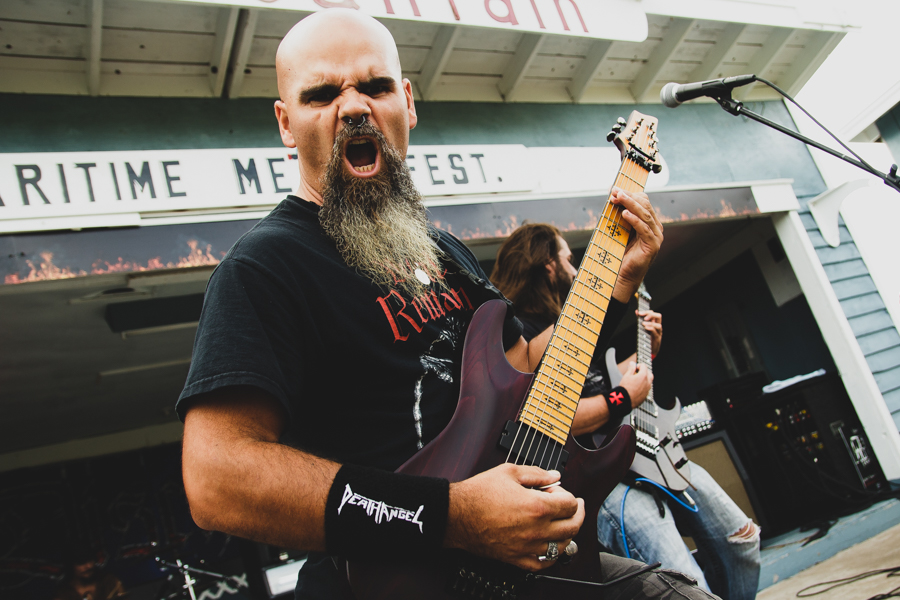 Last year was the all about the idea of a Metal & Hard Rock show becoming a reality, I think this year, with the festival becoming 2 days, and with addition of the “Battle on the Mountain”, and special guests, I believe this is the prototype for years to come. So what happens next for the festival? I can think of two ways. They can easily keep things the way they are, and shuffle the line-ups each year, here and there, I mean they already have a really good product going on. So why bother changing it. The people who plan the festival already have a great taste in music. And it would really keep it’s authenticity. Thanks to Jay Chetwynd for putting this together.

The next option is to bring in bigger names, which brings me to the first paragraph of the review. Who do you bring in? And why? When you already have so much fresh talent playing at Maritime & Hard Rock festival. I really do gotta get more acquainted with the scene. But I did get to check out my favorite new band, going by the name of Broken Ohmns, probably my number one pick of the festival. They played on the second day of the festival, and they were just mind-blowing watching them play. They mentioned to me after their set, that they don’t quite fit within the metal genre, and I agree. I’d really like to put them in a genre, and the closest I came come up with would be er… stoner rock maybe. Their heavy, and fast paced like some older Queens Of The Stone Age, but also their vocalist is just insane, buddy was hitting higher notes than Chris Cornell back in his hay day. 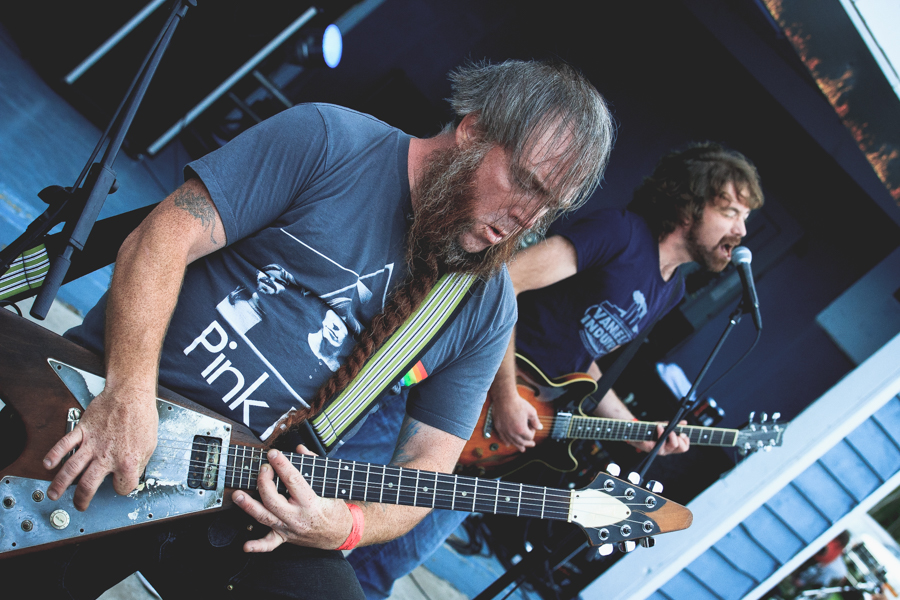 And also if I was to make a pick from the performances from the first day of the festival, I’d have to go with Black Moor. They really packed a punch with their performance, and fans were absolutely insane over them. The atmosphere that they brought gave me goosebumps. Oh, and this is what I mean by shredding… 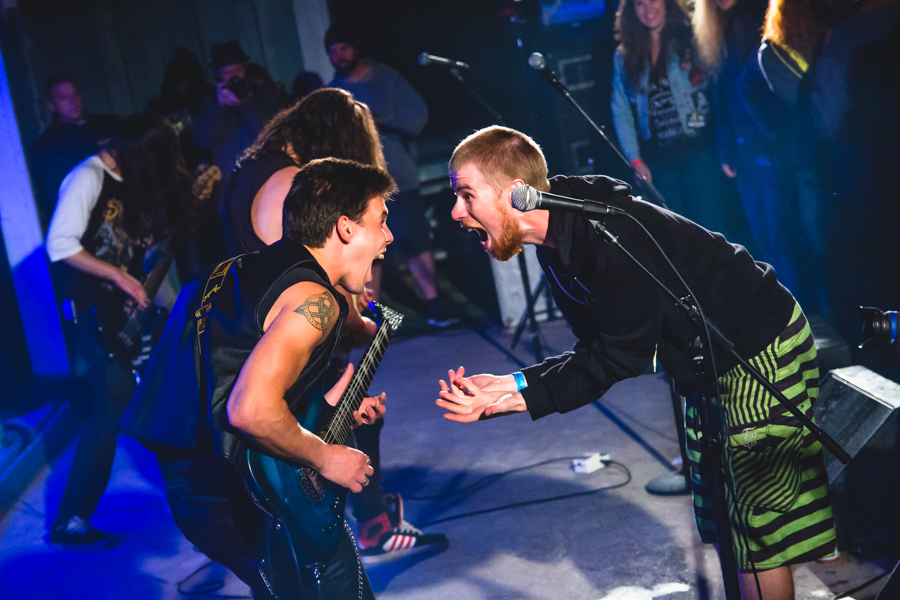 Anyhoo, that’s my two cents for my review, or maybe 5 cents based on our currency. I hope you enjoyed the review, what did you think, you can leave a comment below. Here’s some photos to enjoy…

Check them out on my flickr page, right here.